On Thursday April 3, The WannaBeatles played "Rock The House," a benefit for Hospital Hospitality House at Marathon Music Works. We'd never played at the venue, nor did we know about the organization, but we were in for a treat on both counts.

Marathon Music Works, open since 2011, is an event space with a large stage, great sound and lights, two bars, three dressing rooms and plenty of "industrial chic" vibe. The facility is part of a the Marathon Village neighborhood, which includes restaurants, offices, artists' studios, a fitness center, a candy company, a radio station, a distillery, and an inner city ministry.

The buildings were originally built for Nashville's first and only car manufacturer. The Marathon motor car was produced here from 1914 to 1918. The company went out of business, and the buildings languished for decades until renovation starting in 1986.

Hospital Hospitality House is another Nashville original, an organization dedicated to providing lodging for family members of hospital patients. It started in Nashville, in 1972, when the family members of a teenaged boy who was injured in a car accident noticed all the other people also at the hospital, spending the night in the waiting room. The boy was Rickey Beazley, and his mom, Mickey, envisioned a "place of sanctuary, rest and support" that would provide lodging and other basic living needs for families dealing with medical crises.

The first guest stayed in a rented house on 17th Avenue South in 1974. Today their residential facility near Centennial Park serves 35 families each night.

"Rock The House" is their annual fund-raiser, now in its fourth year. Many items for sale for the silent auction were arranged around the room. 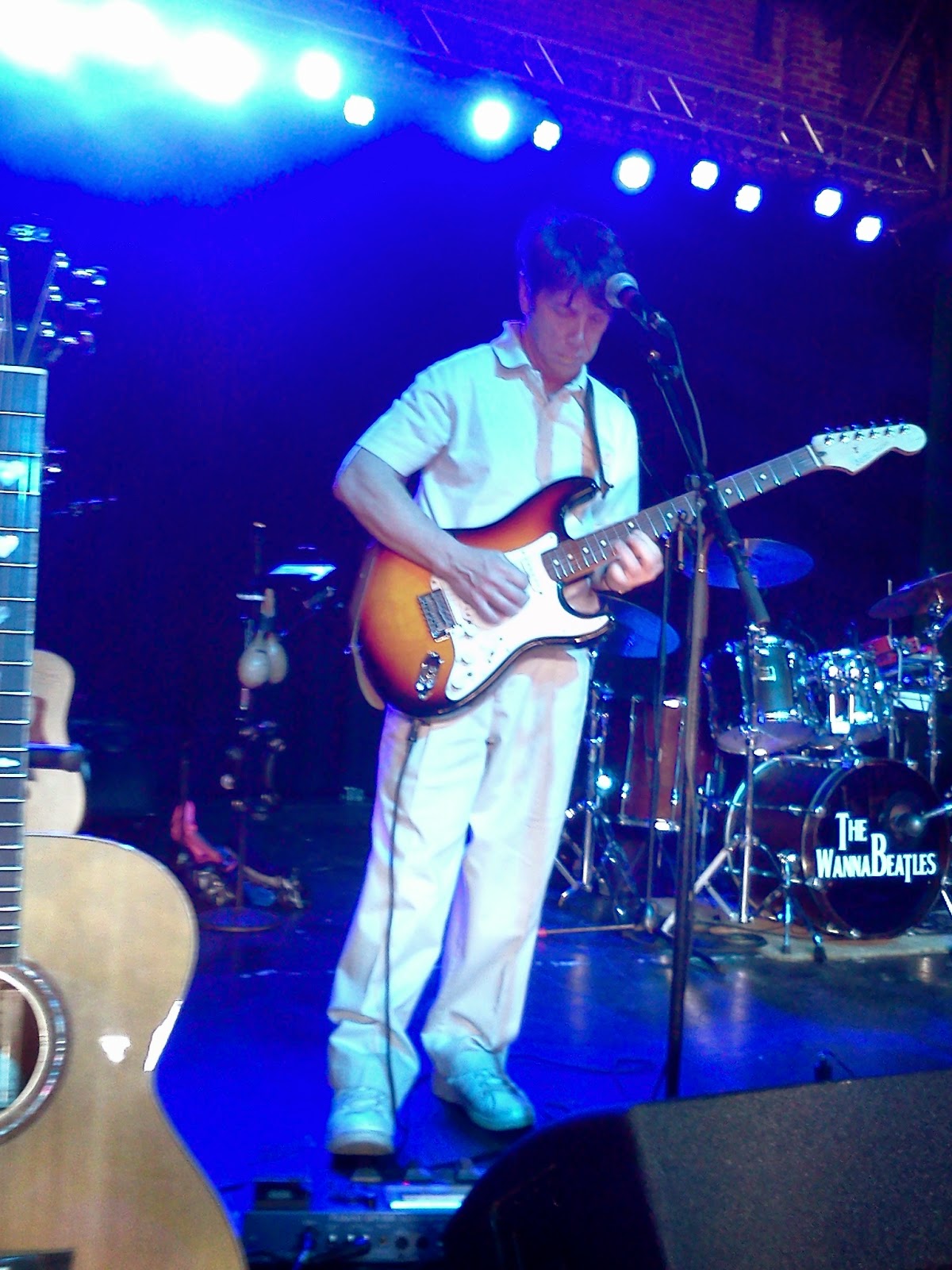 As we were setting up for sound check, we were introduced to Norman Urmy, a guitar maker who had created a beautiful acoustic guitar just for this particular night. He wanted me to play it onstage as a way to help people learn about it.

It was a gorgeous instrument, and I was very happy to get my hands on it. I noticed the logo for Red Mountain on the headstock. I'd never heard of the company, but that's Norman. He's been building guitars for years, and the company, based in Franklin, has been officially producing guitars for the last seven years. 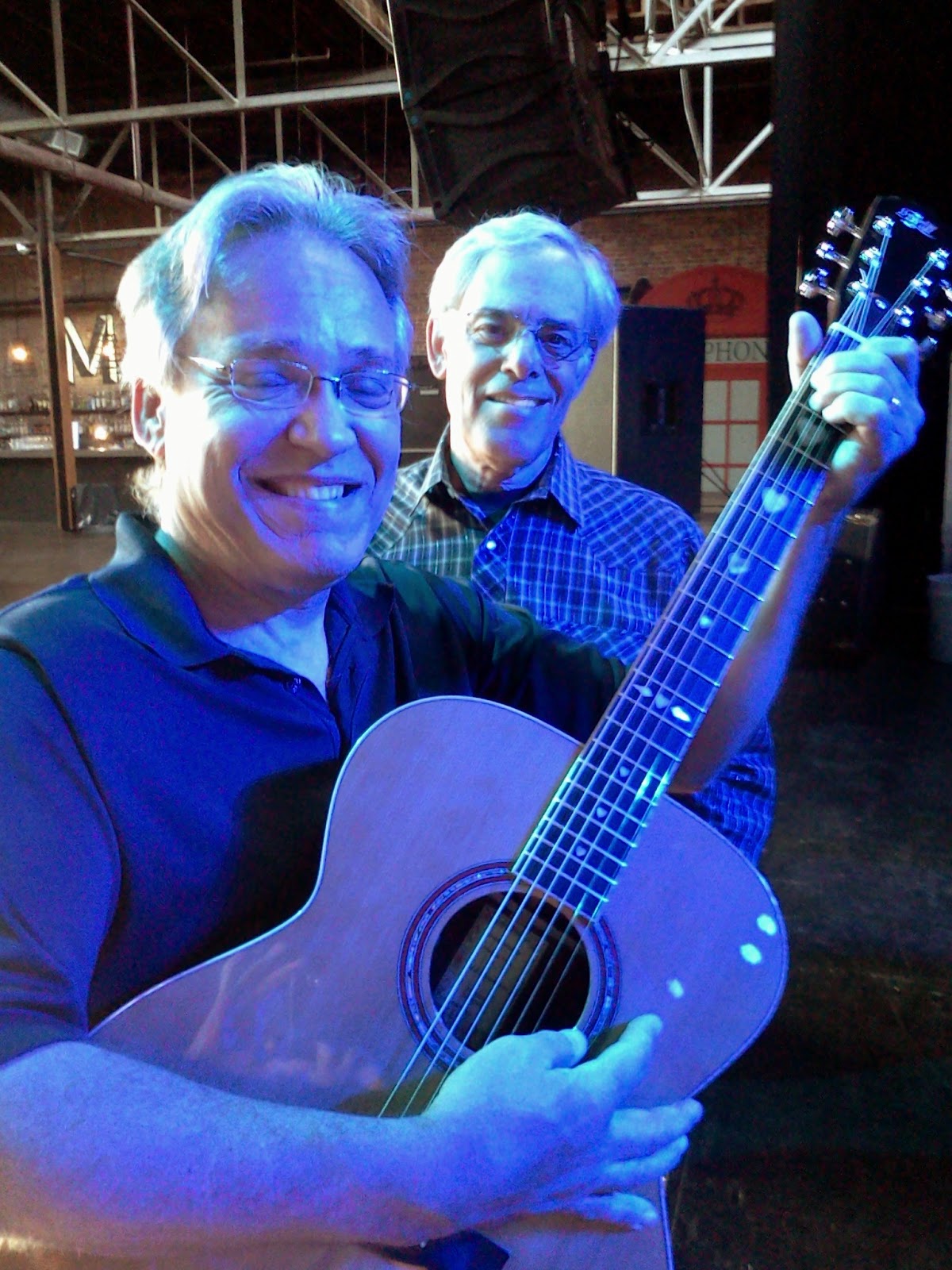 Norm with David playing the guitar

Norman even put custom heart shaped inlays into the fingerboard, as part of celebrating the HHH event. We really enjoyed meeting Norman and learning about his guitars. We were also happy to play it!

You can see some photos of his beautiful instruments at his website, www.redmountainguitars.com

We had enough time to walk around Marathon Village before the show. 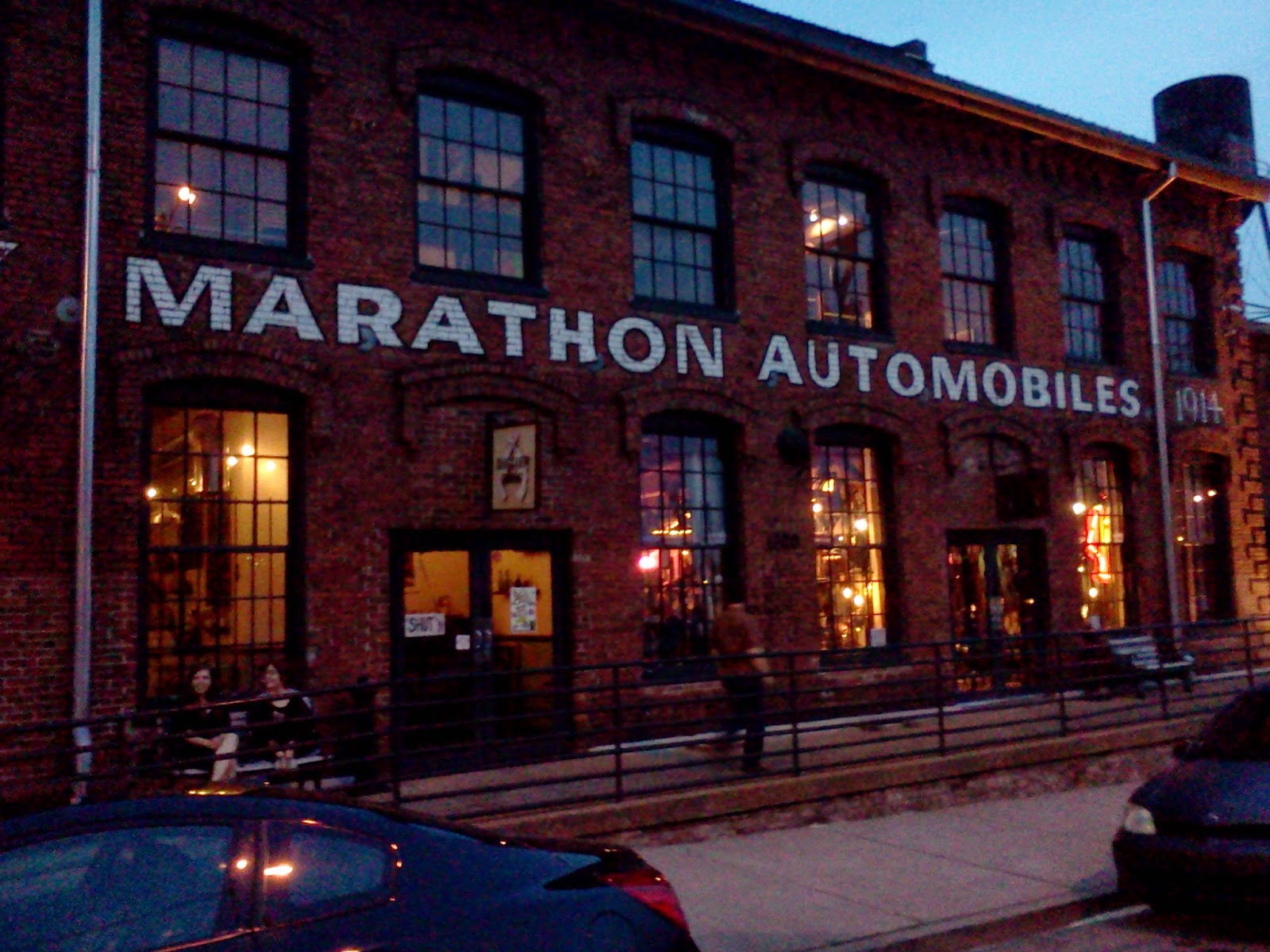 Across the street is the office building, which also houses an antique Marathon car, along with lots of pictures documenting the history of the factory. 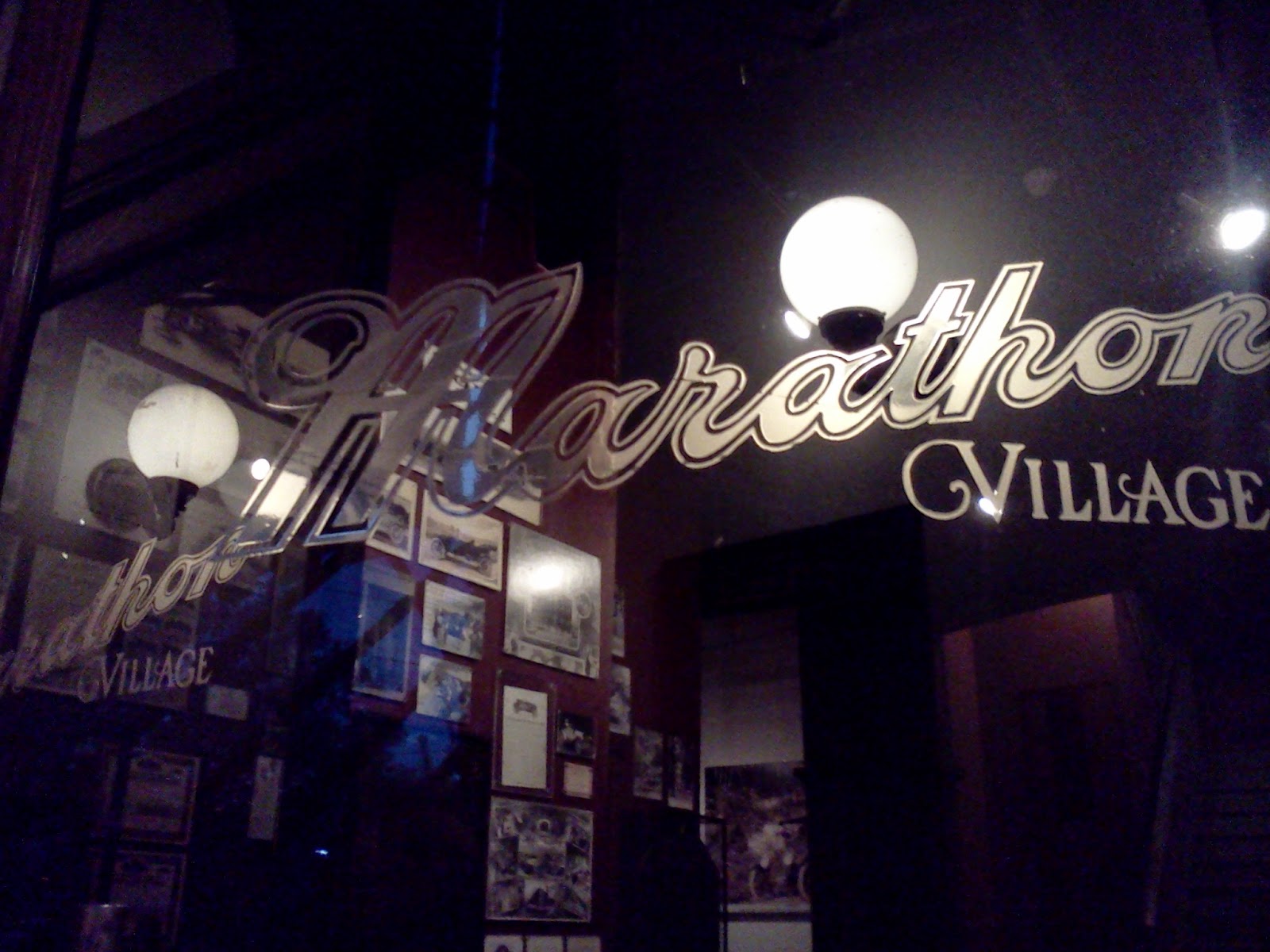 We also met a couple of young ladies who live and work at The Foundry, which is a ministry located just down the street from Marathon Music Works.

Then it was time to get back to the event. We had a nice dressing room, and they brought us meals prepared in their kitchen. The chef, Paul, had spent some time and imagination creating custom to fit a Beatles theme, such as Marshmallow Pie, which we enjoyed.

I had a chance to play Norman Urmy's beautiful guitar onstage before it was auctioned off, then we went onstage and gave the people a good time.

We were treated very well by the great sound crew at Marathon (Casey and Michael), and the friendly staff from Hospital Hospitality House. 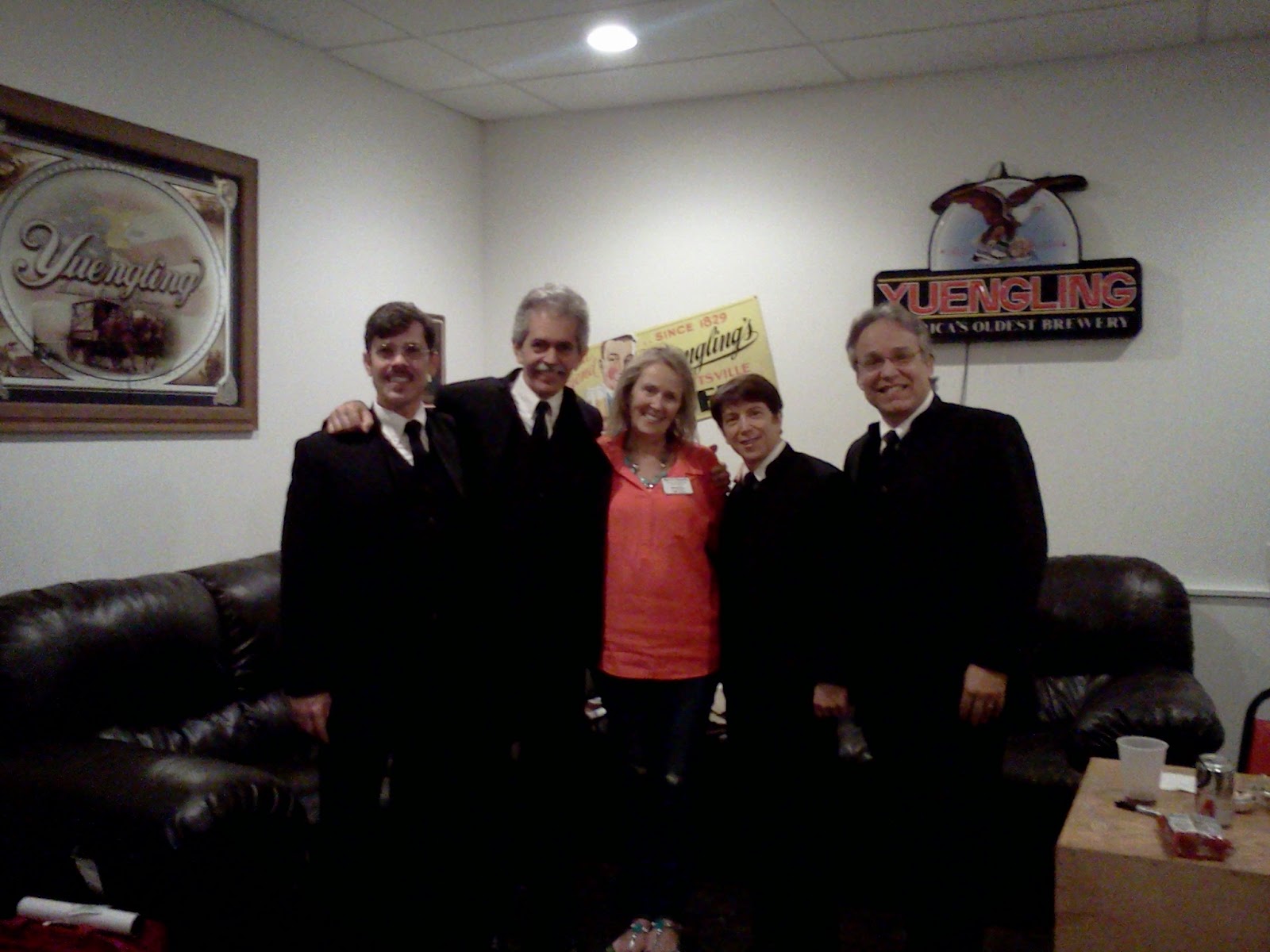 The WannaBeatles in their dressing room
with Sherry Daniels of HHH

Their website says they raised $65,000 that night, so we're happy to be part of a successful event.

Hope to do it again next year!

Posted by The Wannabeatles at 1:09 PM