On Friday morning September 30, The WannaBeatles left Fayetteville NC, after singing in the hotel lobby with Shelby Sunshine, arriving in Aiken, South Carolina early that afternoon.

The rain had passed, and the weather was balmy, and Aiken is a charming southern town. 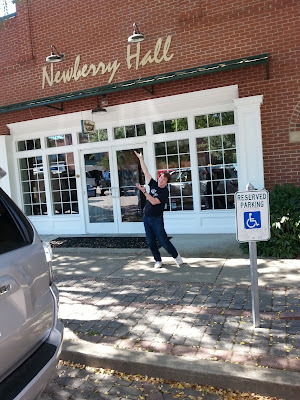 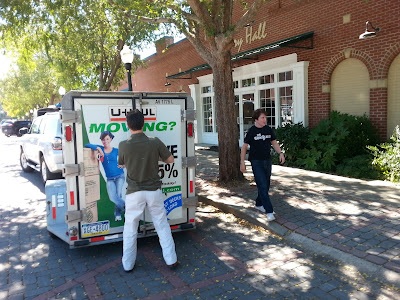 An easy parking space for the trailer

Our gig was at an event space downtown called Newberry Hall, playing at a fundraiser for Aiken Technical College.

We joined the event planners in setting up the stage, moving tables, and adjusting our positions to accommodate the video projector. 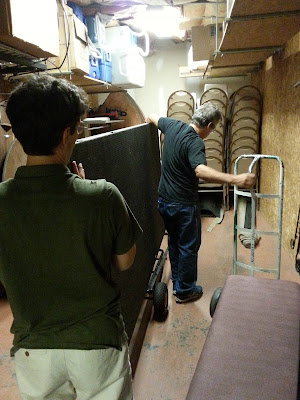 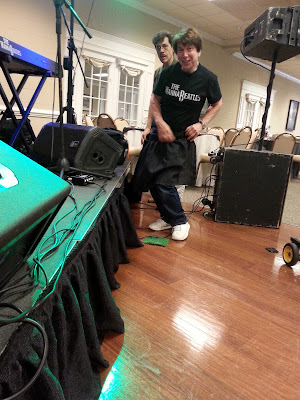 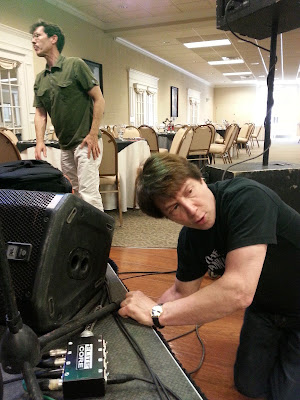 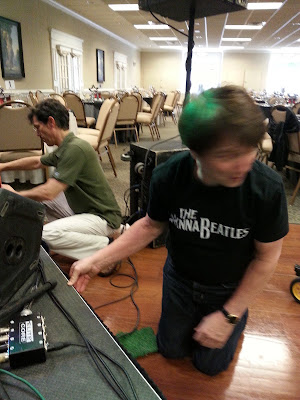 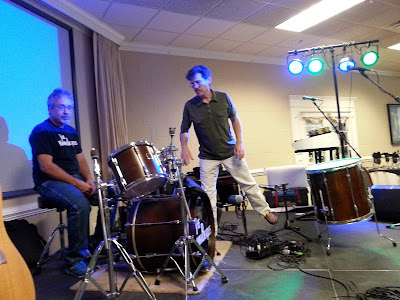 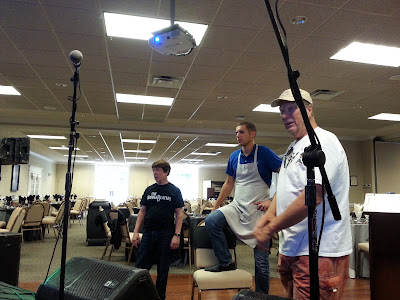 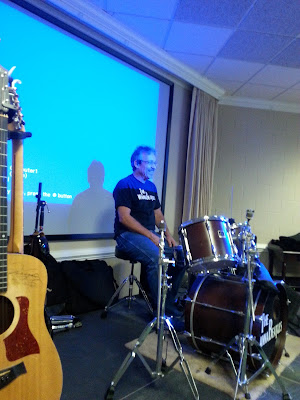 Something motivated me to take a picture of a painting of flowers. I must have been impressed with an elegant atmosphere, so here’s the painting. 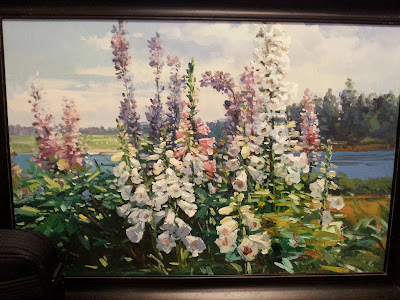 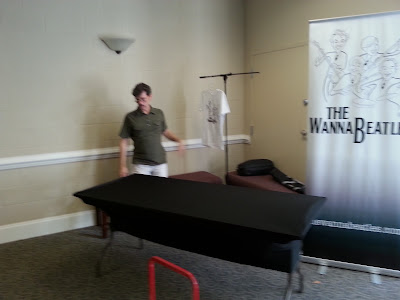 Nathan set up our merch table in a corner, but it didn't get much attention.

We were served a nice dinner in a separate room, and put on our vests and ties for the show. 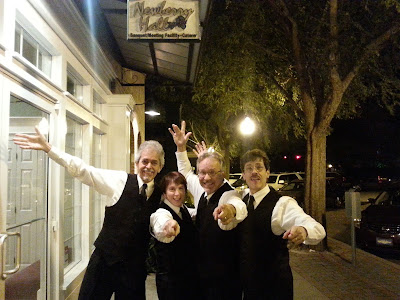 Before the show, we posed on sidewalk and got a few photos. 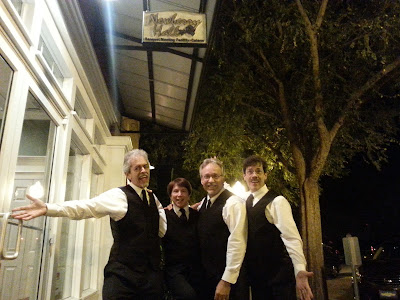 Another shot on the sidewalk 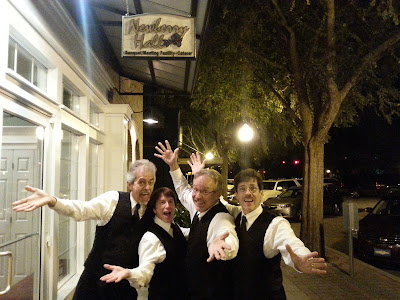 The evening was quite a success. The folks from Aiken Technical College had a great time, and did a lot of dancing when we played.

And that was that: another fun gig, another night in a hotel, and another safe drive back home, via I-20 through Atlanta, then up I-75 and I-24 to Nashville.

Except this time there was a slight variation: Bloggin' Bryan's mother was in the hospital in Atlanta, and the other three WannaBeatles dropped him off there to be with his family before they returned to Nashville. Good Yoko came down from Nashville to be there too.

Posted by The Wannabeatles at 8:48 PM