Last week, we played in Paris, Tennessee. We stopped for a photo at their 60 foot tall replica of the Eiffel Tower. 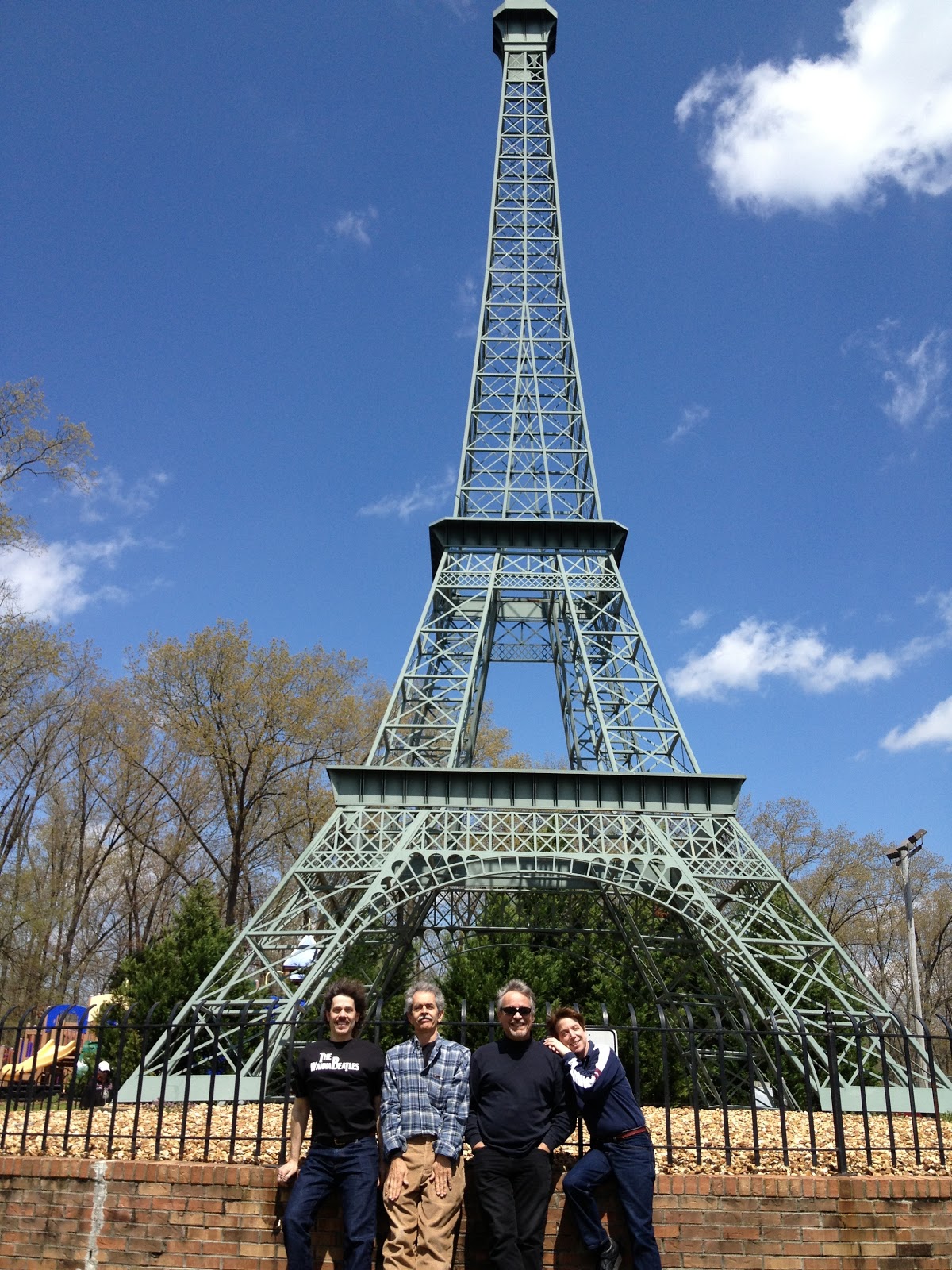 OK, it's not Europe, but it's a reference.

We had a great time playing in Paris April 12.  Here's the photo and caption from the Paris Post-Intelligencer: 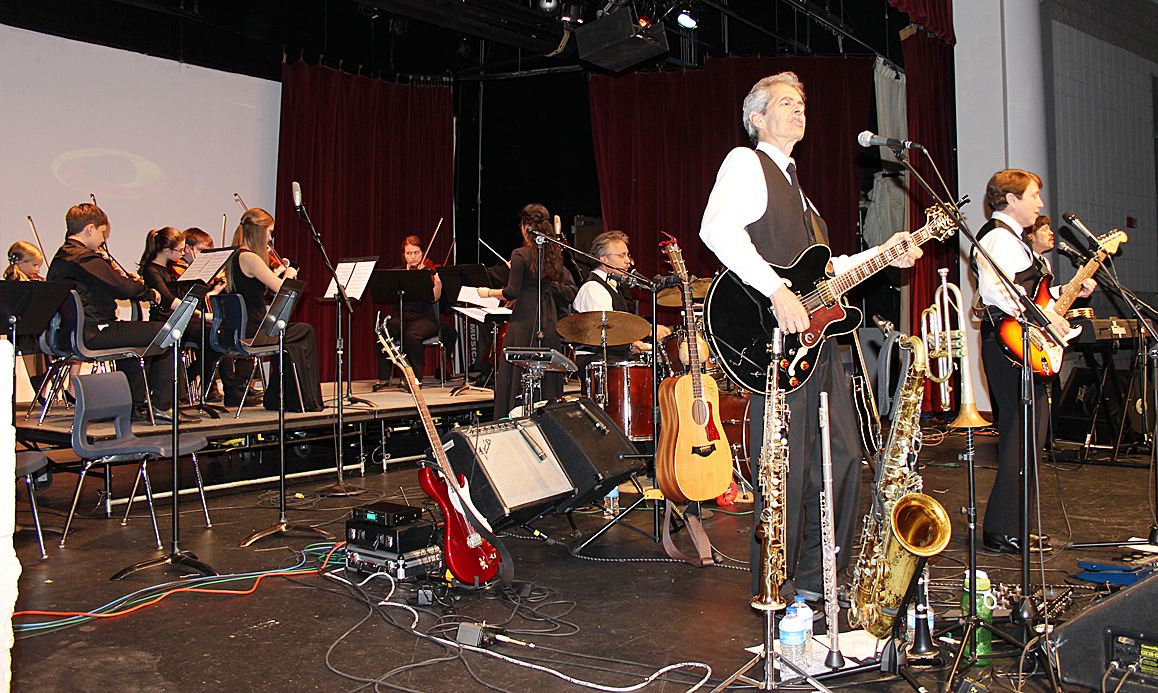 A few weeks ago, we played in Cherokee, N.C., which is technically not in the U.S., since it's owned and governed by the Eastern Band of the Cherokee Nation.

Still, not exactly global. But a clue that we were headed out to larger pastures.

Several weeks ago, (blog 3/28) we reported being involved in a project based in Liverpool called Beatles Global Relay. It was finally released last week.

We were among twenty bands from all over the world, from countries like France, Japan, Sweden, Australia, Israel, Slovakia and Argentina. We each played our own version of "From Me To You," which was edited together to form one continuous but very diverse rendition of the song, to celebrate the 50th anniversary (April 11, 1963) of its release in Great Britain.

We were proud to represent Nashville. We saw two other American bands in the video (All Together Now from New England, and another called Union Jack.) We were amazed and impressed with the variety and quality of bands from all over the world.

What's interesting is to see all the different ways the bands play the song. Each one is on for about five seconds, along with their name and the flag of the country they're from.

One of the most authentic and impressive, in terms of capturing the flavor of the sixties, was a group called The Backwards. Their slot starts around 1:24. Their footage is in black and white, which helps them look and sound like British pop stars of the early sixties. I didn't recognize their flag, a fancy crest on a field with three horizontal stripes of red, blue and white. After searching the web, I found out it's Slovakia.

One of the most innovative approaches is a group called Getting Better, who sound like they wanted to turn "From Me To You" into a punk anthem. (starting at 1:52 on the video) They're the only band in the video that takes a distinct departure from imitating the parts the Beatles played on the song. Their flag is two horizontal light blue stripes with a white stripe between them, containing a yellow crest. Again, a web search yielded the country Argentina.

Right after that (at 1:59) is one of the most interesting flags in the whole collection: the green flag of Brazil, with is yellow diamond in the middle, filled with a large blue globe with a white belt around it that suggests Saturn with its rings. The band with that colorful flag is called Hocus Pocus.

Undoubtedly one of the cutest entries is a group of young teenage girls from Japan, called The Clover (at 2:40) They look like middle school cheerleaders. They do a fine job.

The Beatles Global Relay is a joint venture between the Cavern Club (where the Beatles played in their early days) and The Beatles Story, a museum in Liverpool.

Seeing all those flags from all those countries, and being part of the project,  gives us a thrill.

It shows that Beatles songs have been heard and loved all over the world, inspiring young musicians everywhere to take up their instruments and go for it. It's truly an earth changing experience, a small sign of how big music is, and how small the world can be when we all come together in a common joyful purpose.

We're glad to go global. We've always felt that's part of who we are, because music is not limited by national boundaries. Nashville, as Music City, is a global city, and we're glad to be part of it. Music is the language that goes everywhere. With the Beatles Global Relay, we have a concrete example of how that can look. We're happy to join up with all these other bands from all over the world.

Posted by The Wannabeatles at 10:04 PM