One Good Intern Deserves Another

Last October, The WannaBeatles attended the Belmont Internship Fair, which brought us into contact with dozens of bright young students entering the music business. We ended up with a tall dark songwriter musician named Dylan Morris, who's been helping us out with lots of WannaBeatle chores for the last few months.

We were among about 85 local businesses who occupied booths at the fair, which took place in the massive Curb Event Center. Belmont organizes their intern program so that interns can gain academic credit for the time they spend with local music firms.

We were growing fond of Dylan, appreciating his help, even enjoying his songwriting, but his time with us was limited. Internships are semester based, so we have to say goodbye this month to Dylan, just in time for Belmont's spring fair, which we attended this week.

We had a booth alongside other music companies. It was mostly labels, management, and publishing companies. We were the only band there. It was exciting to see all the students walking around investigating their opportunities to get involved in this industry. Many are musicians and songwriters, but an even larger proportion of them are studying business and marketing.

Here are a few of the students we met. Andrew, wearing a tie, is from Colorado. He does live sound and audio production. He's started his own youtube channel, and has already posted 25 videos there.

Here's a photo of David working the table, talking to Andrew. 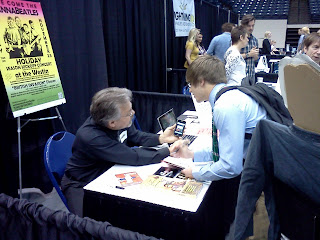 Paris Draper stopped by to talk with us. She's pursuing public relations. 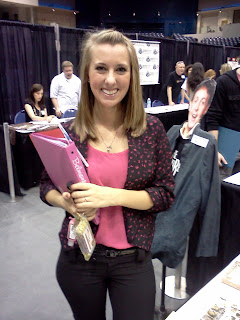 Stephen Roberts is from Dallas. He has a band with some buddies back there, called "Mama Would Be Proud." They've already produced three albums, mostly his songs, although they don't do much live performance. He's taking a course in Recording the Beatles, which naturally interested us. 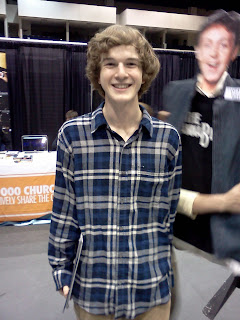 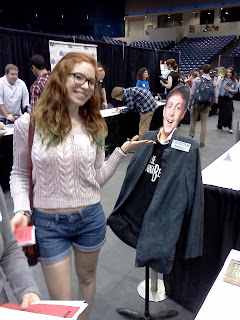 There were about a dozen more students who came by our booth long enough to talk a while and leave their contact info.

It was quite an an experience to see so much young eagerness and talent walking around, realizing that these students will be the leaders, managers and innovators of the music business in another decade or so. It's a treat to have this opportunity to work with them on a personal level.

We've enjoyed working with and getting to know Dylan, and we look forward to all our future interns. Thanks to Belmont and their intern program for providing such fresh energy to our business and community.

Posted by The Wannabeatles at 8:33 PM