Last weekend, we had two gigs out of town, on Thursday and Friday. One was an hour away, so it was easy to come home. The next one was over three hours away, and we drove home after that one too.

So we had some miles on the road, some late hours getting home, and a couple of interesting gigs.

The first was the Clarksville Fair, right beside the Clarksville Speedway. It was a hot afternoon, and the stage was set up on a large gravel area. We were grateful for the shade of the tent over the stage. 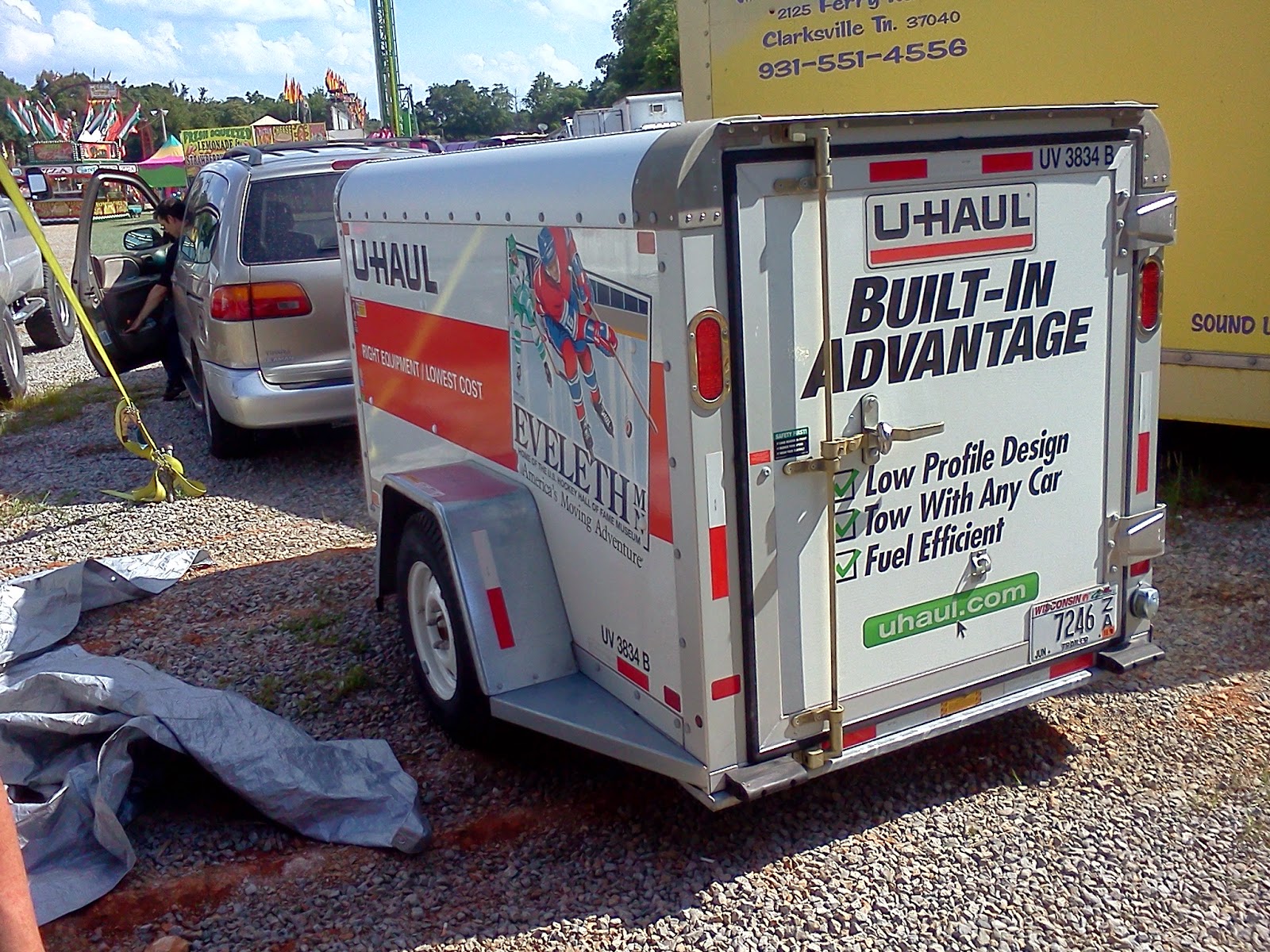 Nathan pulling in the trailer beside the stage 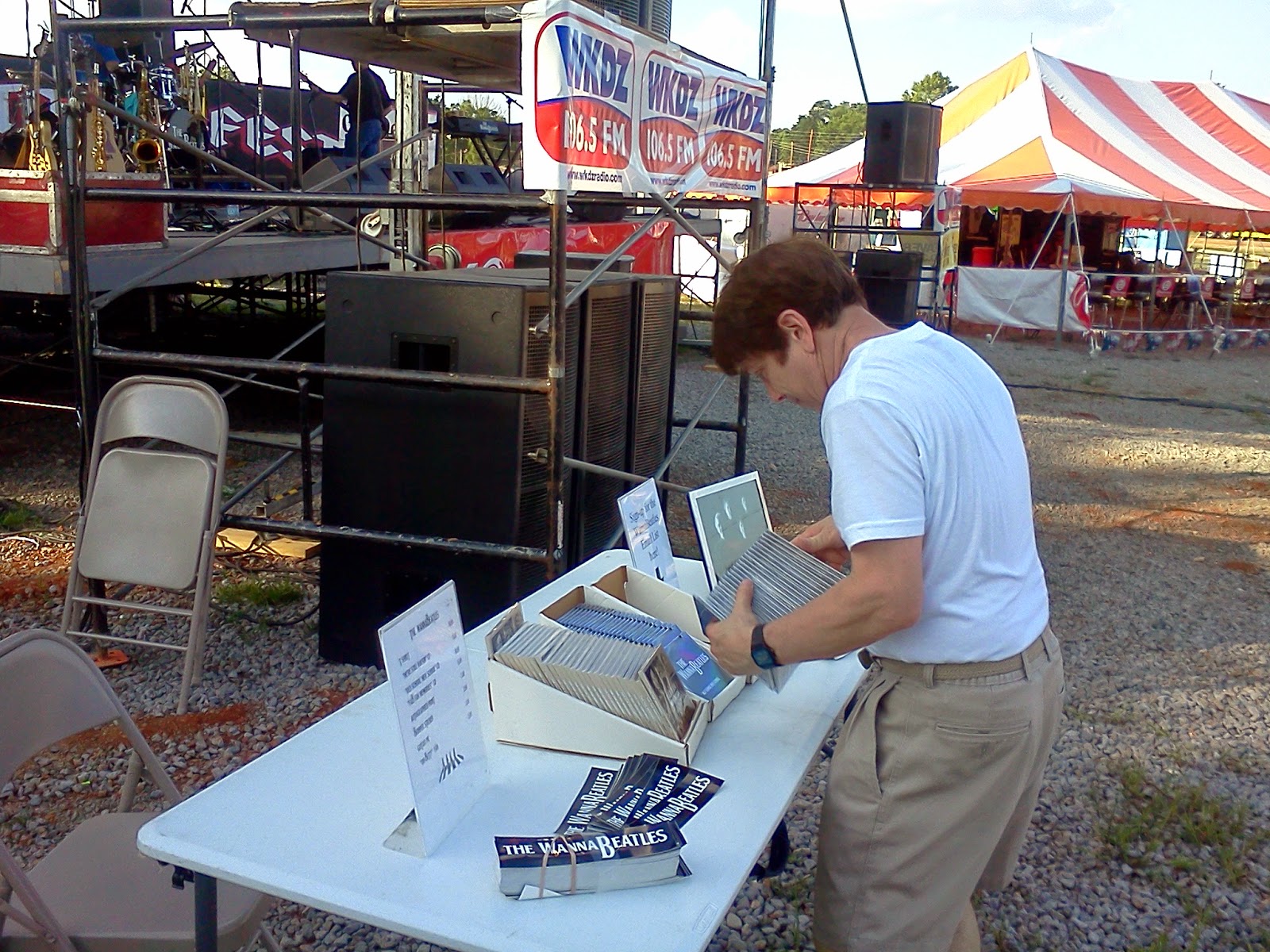 Dennis setting up the merch table 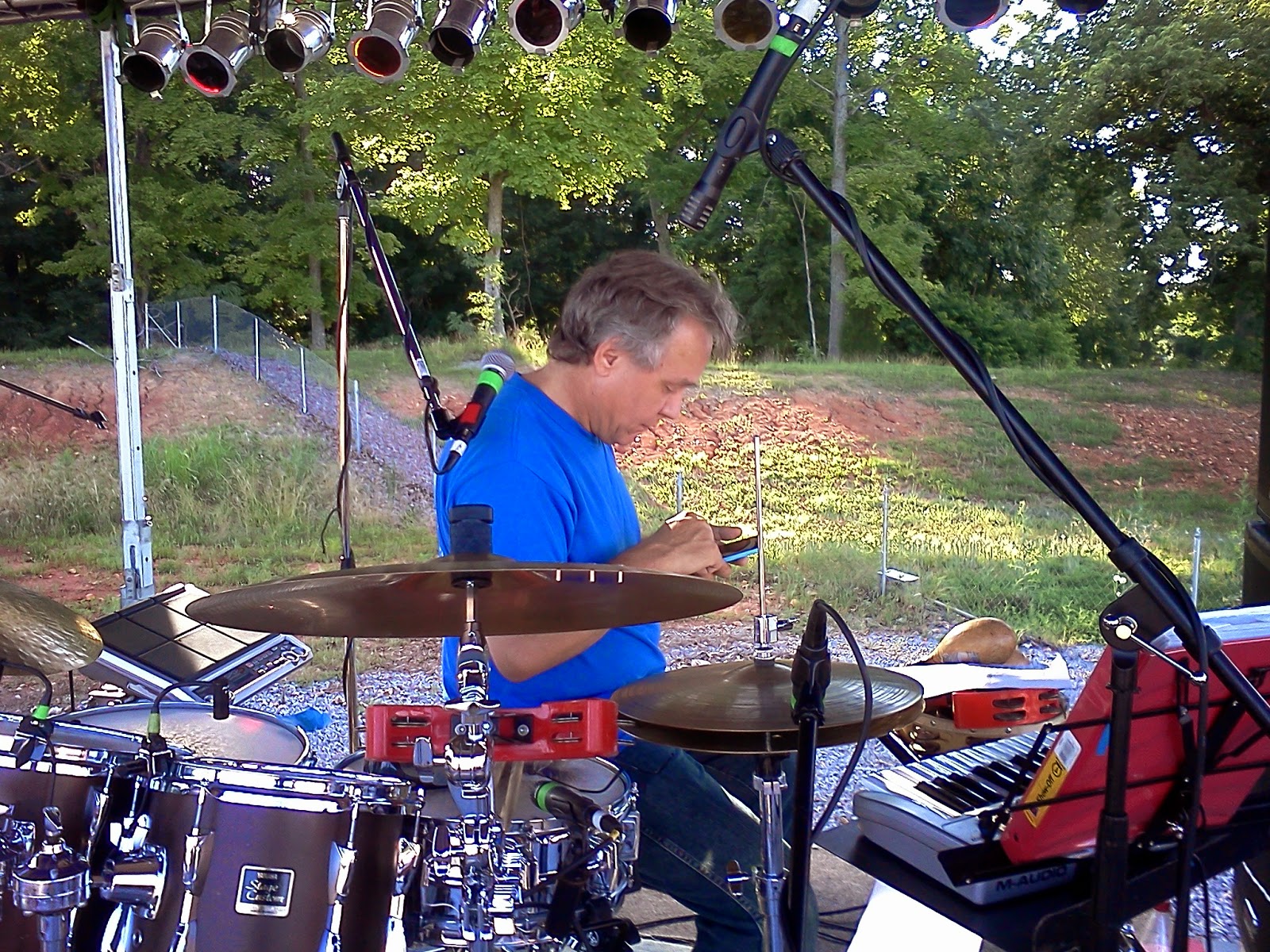 David - our drummer in the woods - notice the red clay
Nathan on stage left, with a view of the race track 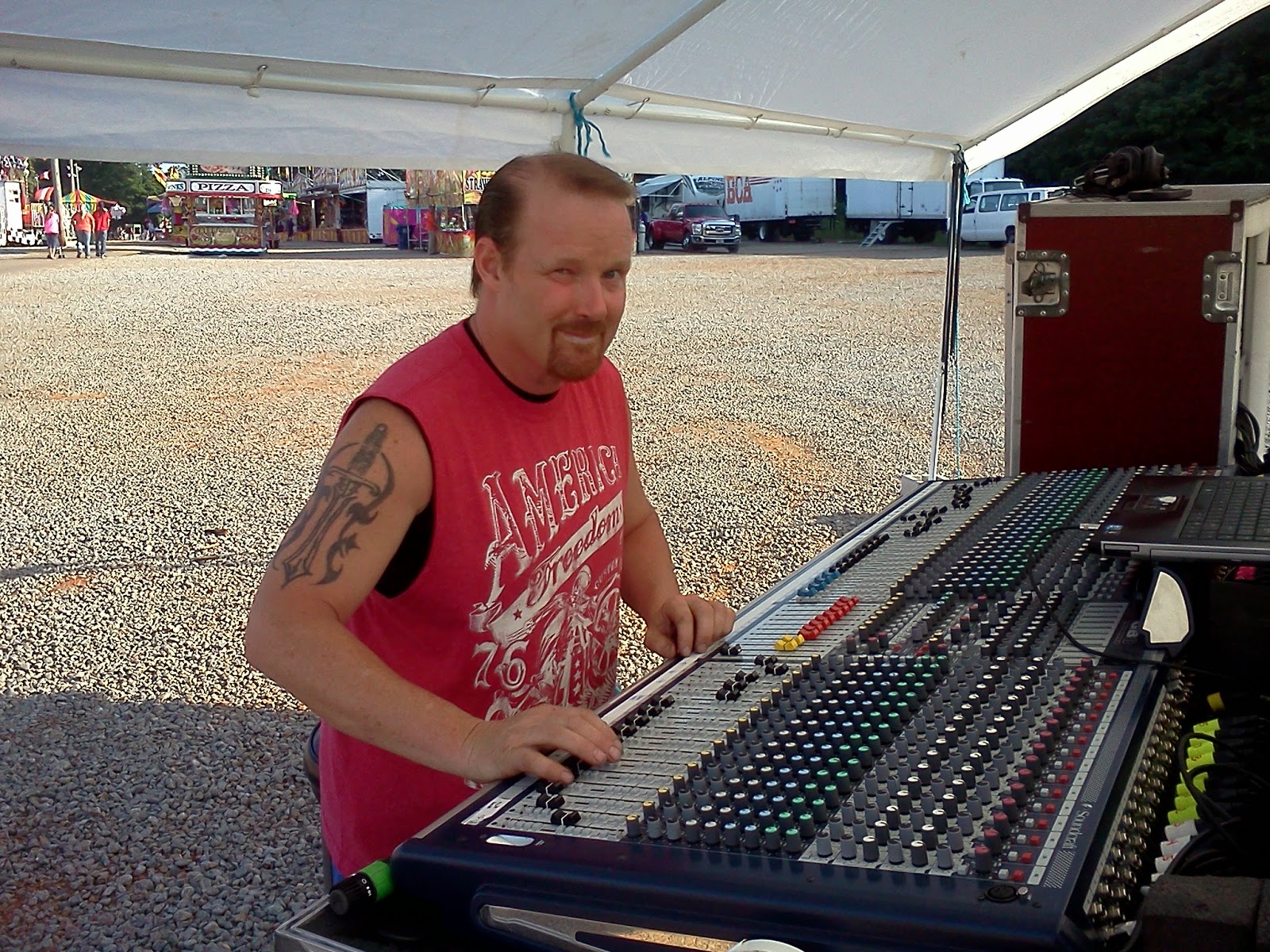 Ed - our excellent sound man, also the owner
of the sound and production company

After our soundcheck, we had a chance to wander around the fairgrounds and have a pizza and some popcorn. 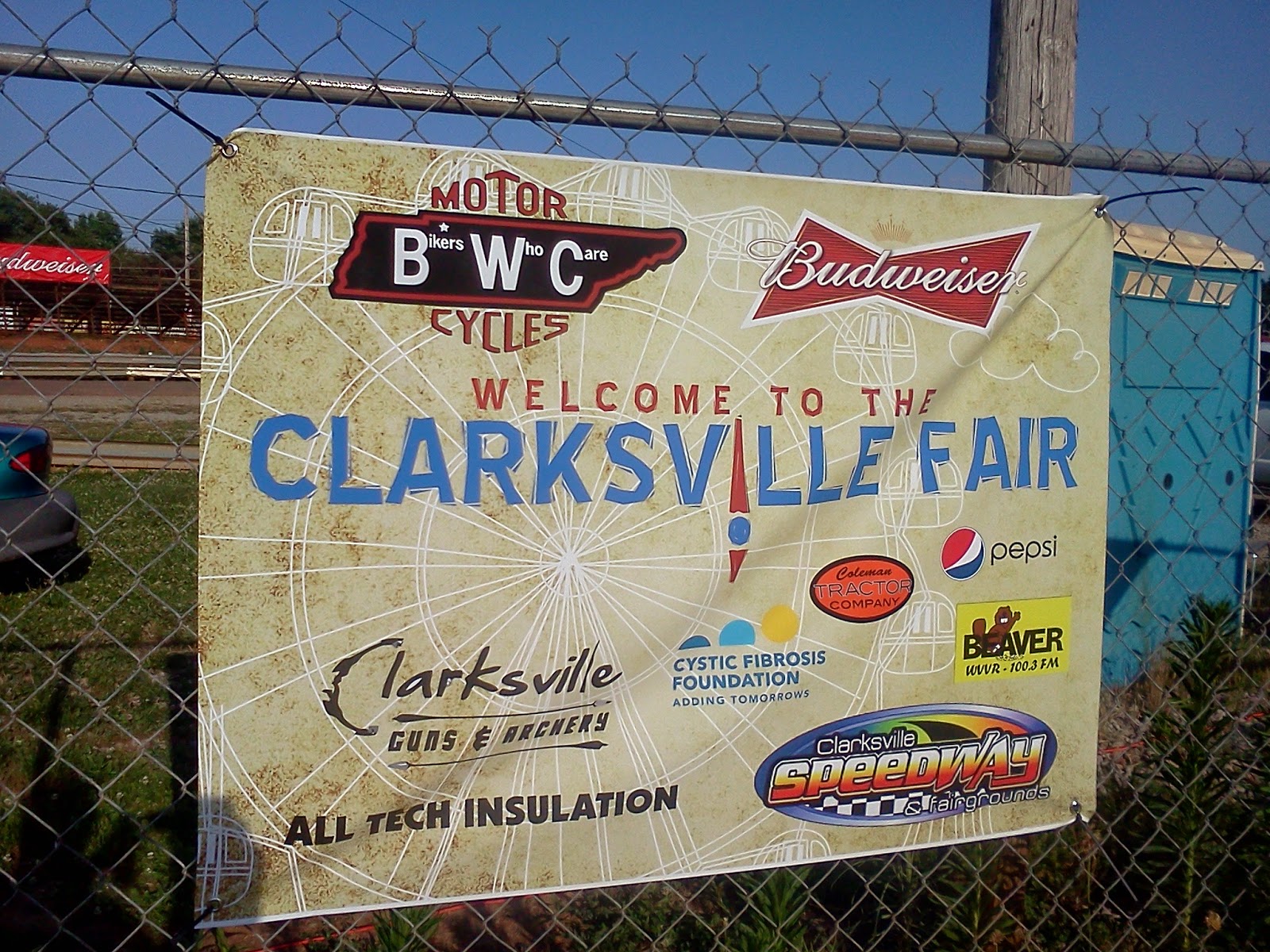 We encountered an animal we'd never heard of or seen before. It's called a Cavy. They're cute and cuddly. 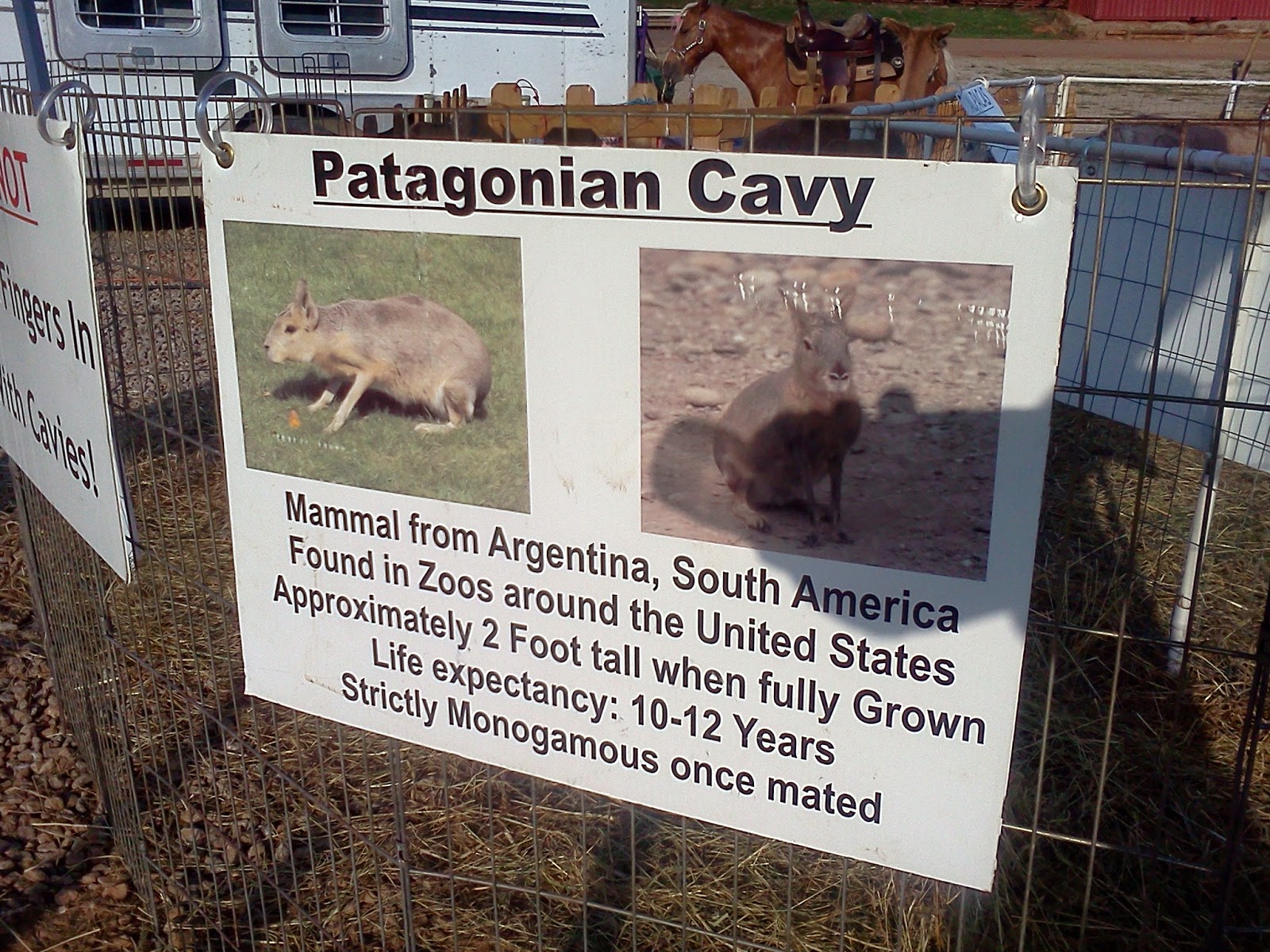 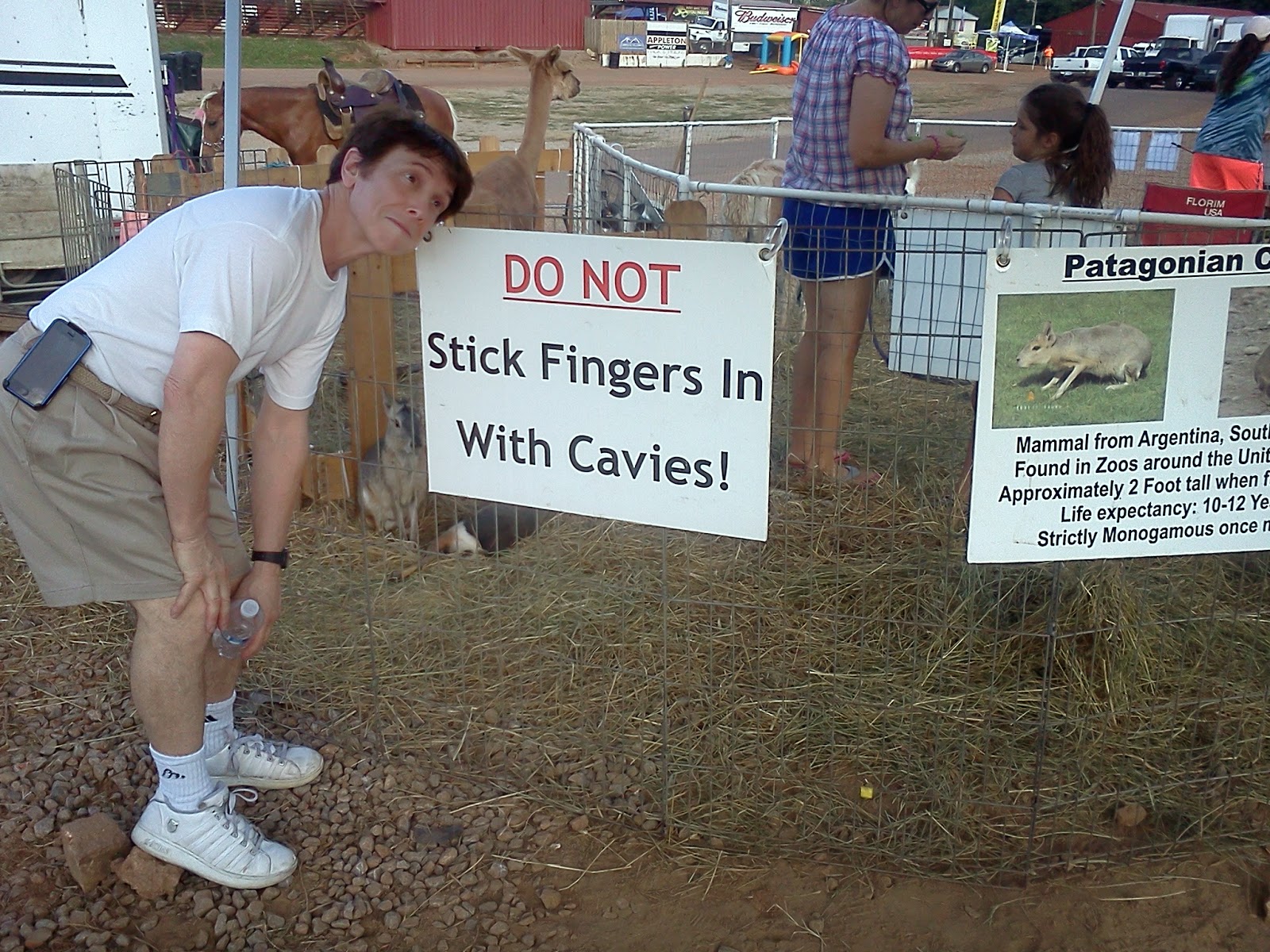 Dennis wonders about the risk of getting too close 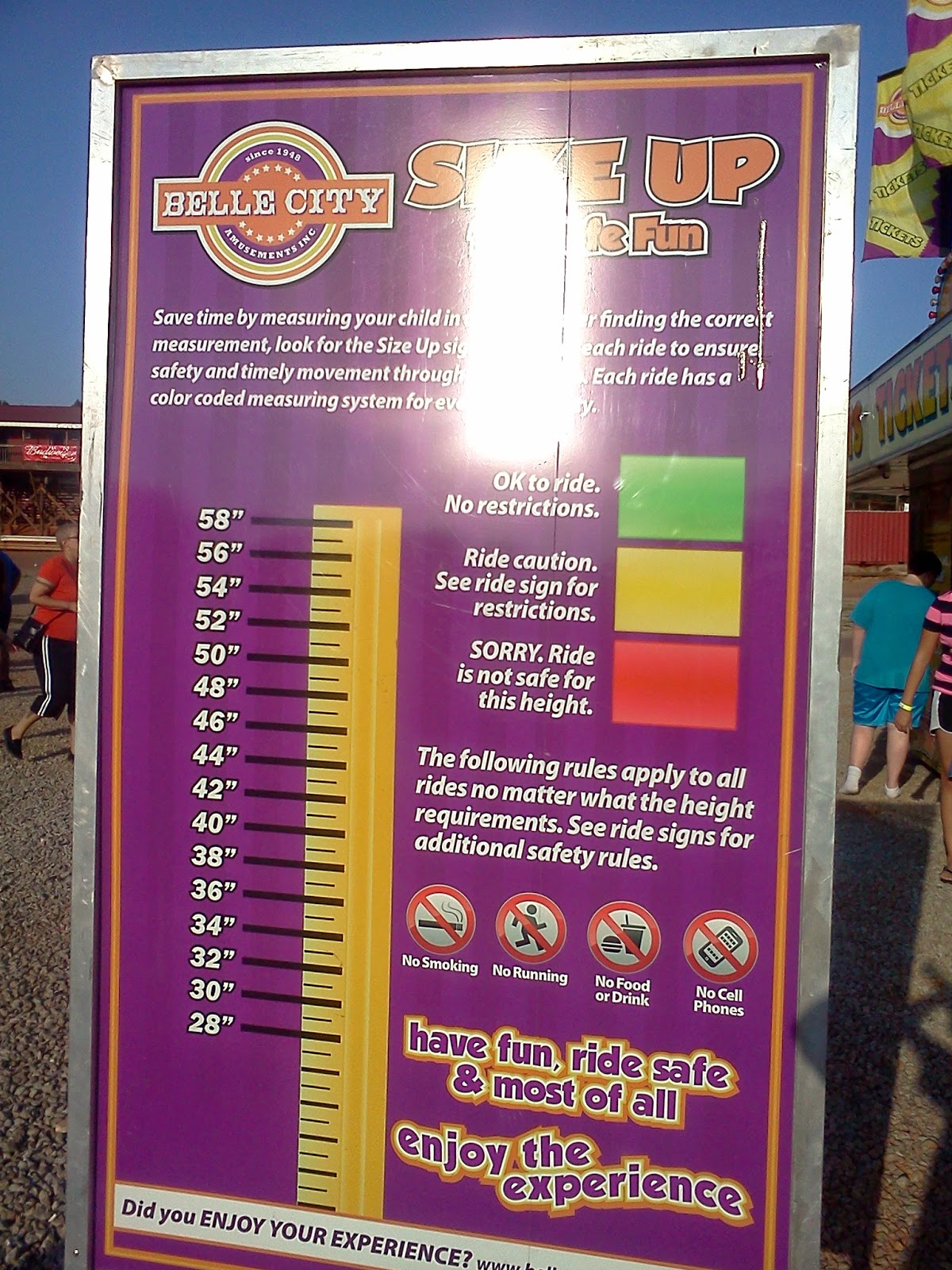 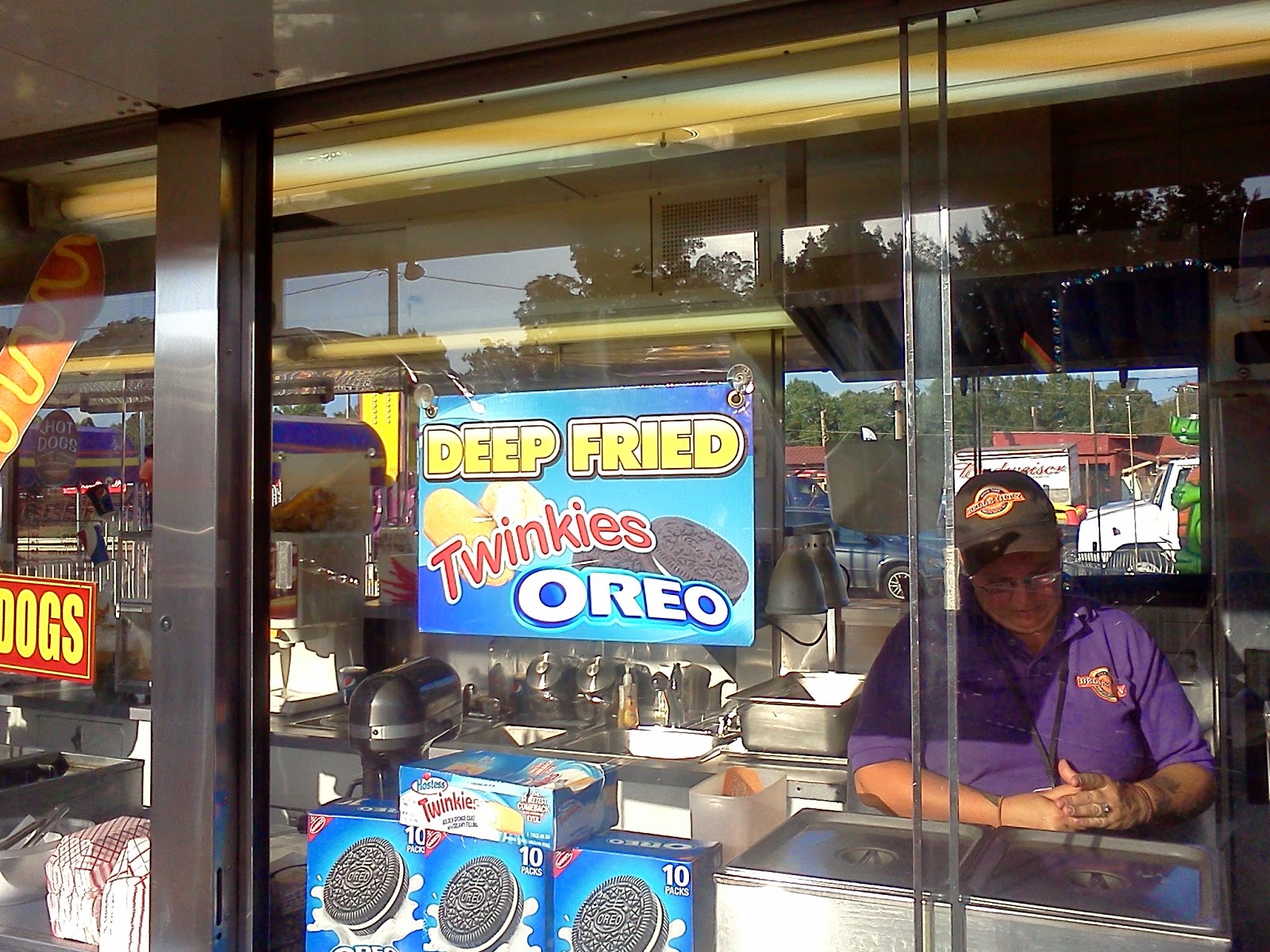 This was the first year the Clarksville Fair had live bands. Most people attending the fair were on the rides. But we attracted some very enthusiastic listeners, wearing Beatles tee shirts, and dancing along on the gravel. We were glad to find young people who are so into the music, singing along with every word.

The next day we drove down to Birmingham. We were playing for the Alabama Republican Party Summer Dinner, at the Cahabra Convention Center.  It's a fancy facility with a big loading dock. We were grateful for being indoors.

In fact, there were two dressing rooms, and the other one was for the governor of Alabama, who was speaking at the event that night. 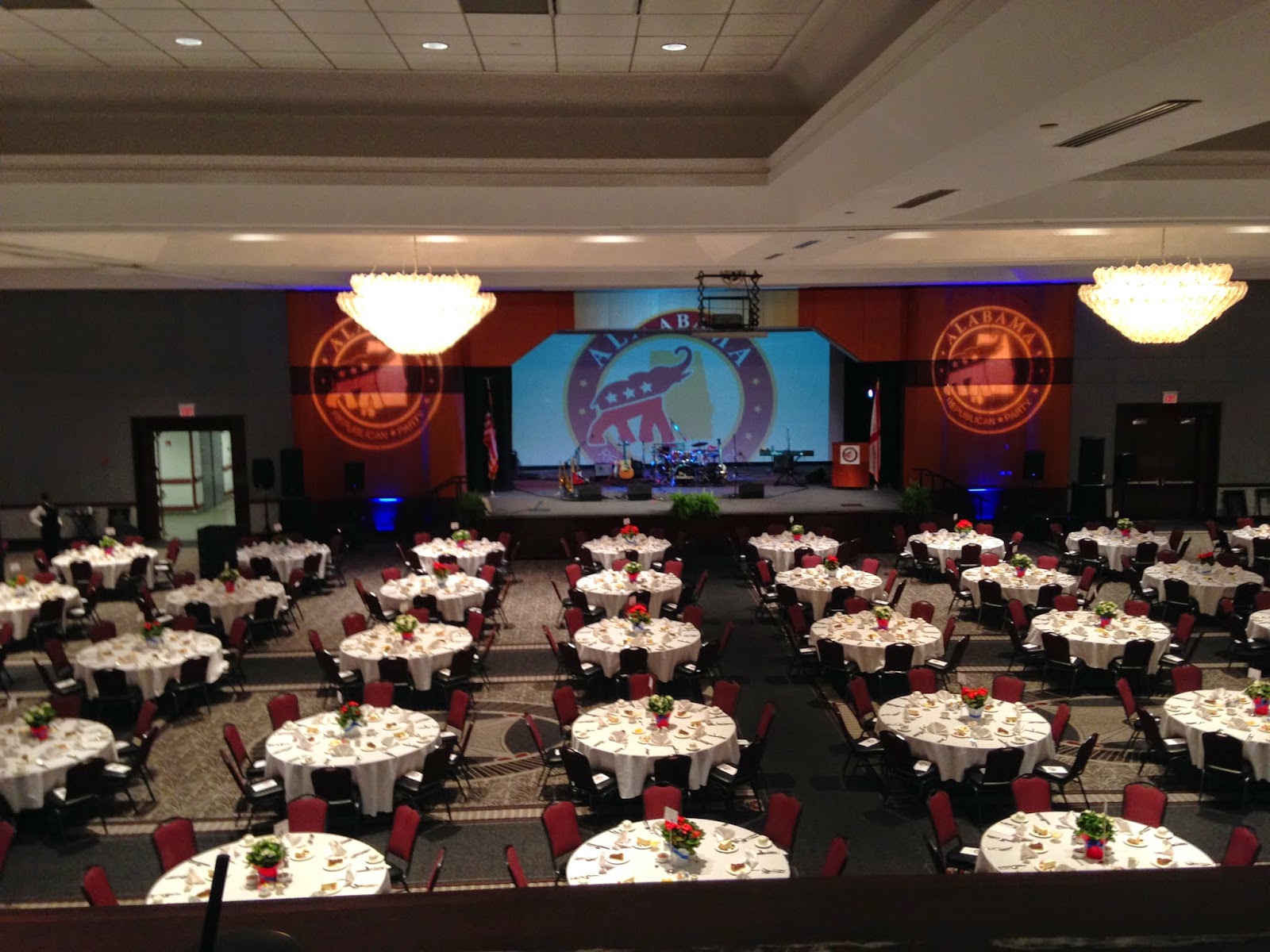 A view of the stage from the sound booth

We had our sound man Allan Waugh with us this time, and our intern Sarah Hunnicutt. 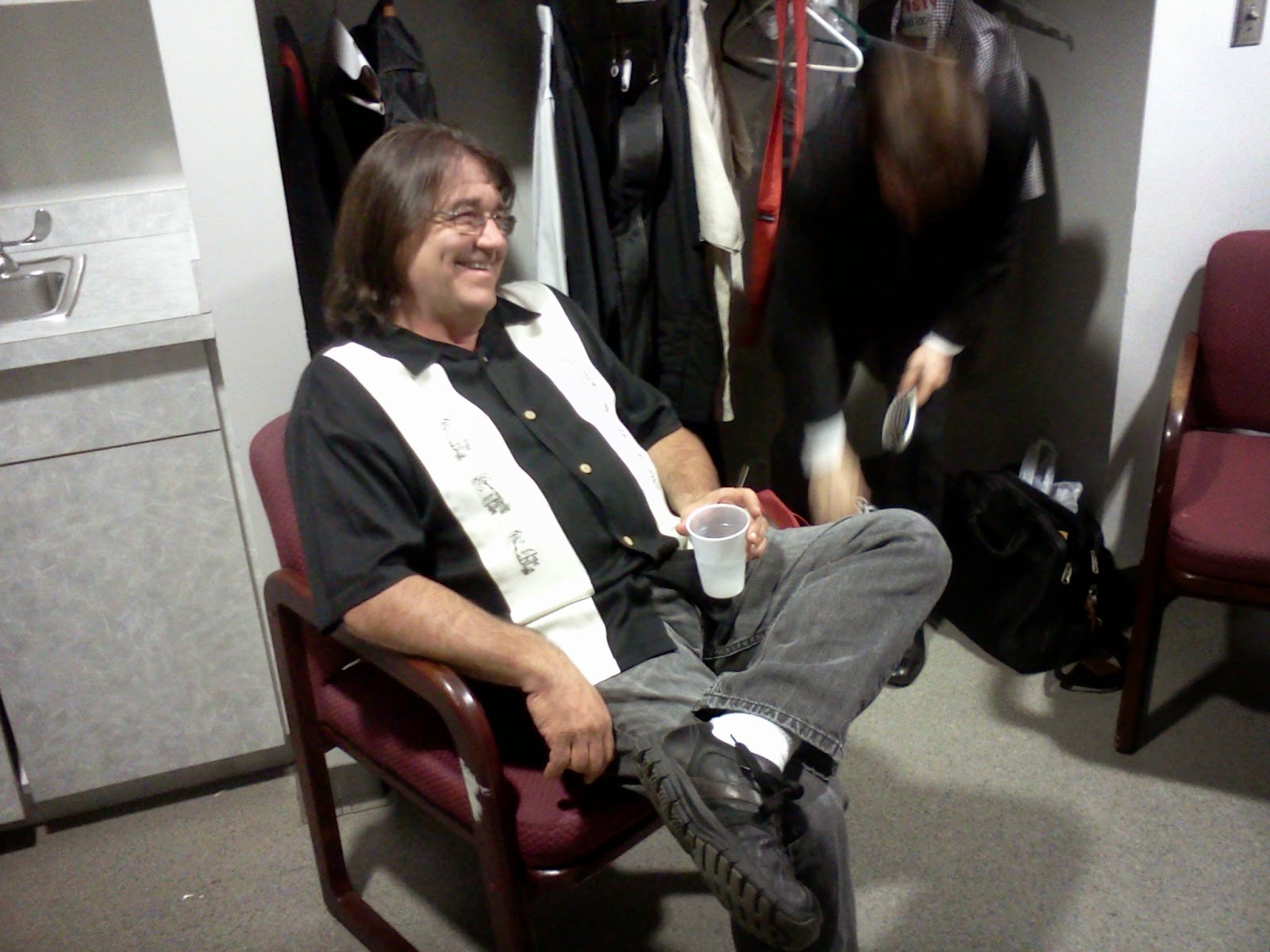 Allen dressed up and relaxing in our dressing room 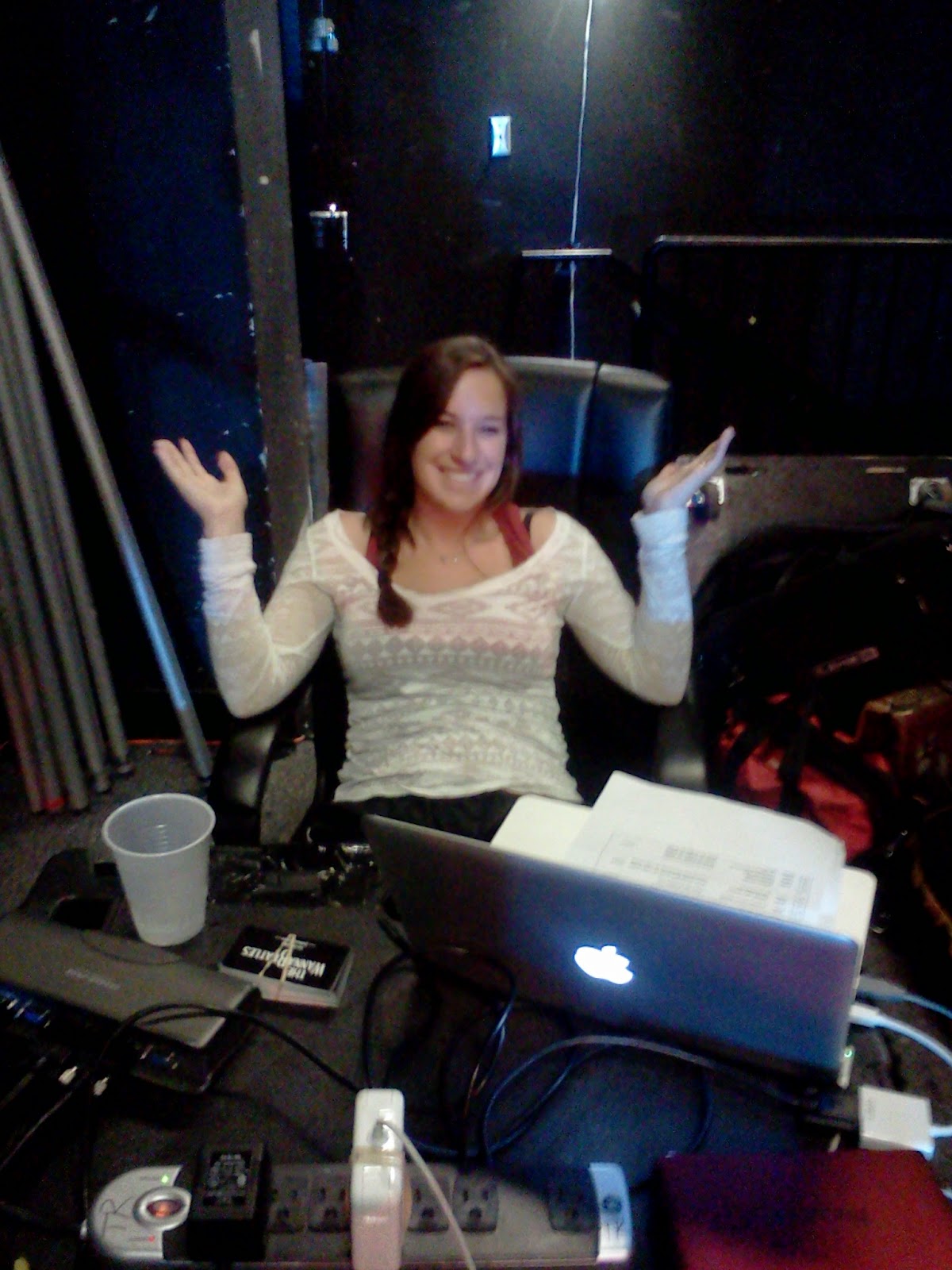 Sarah at her video console 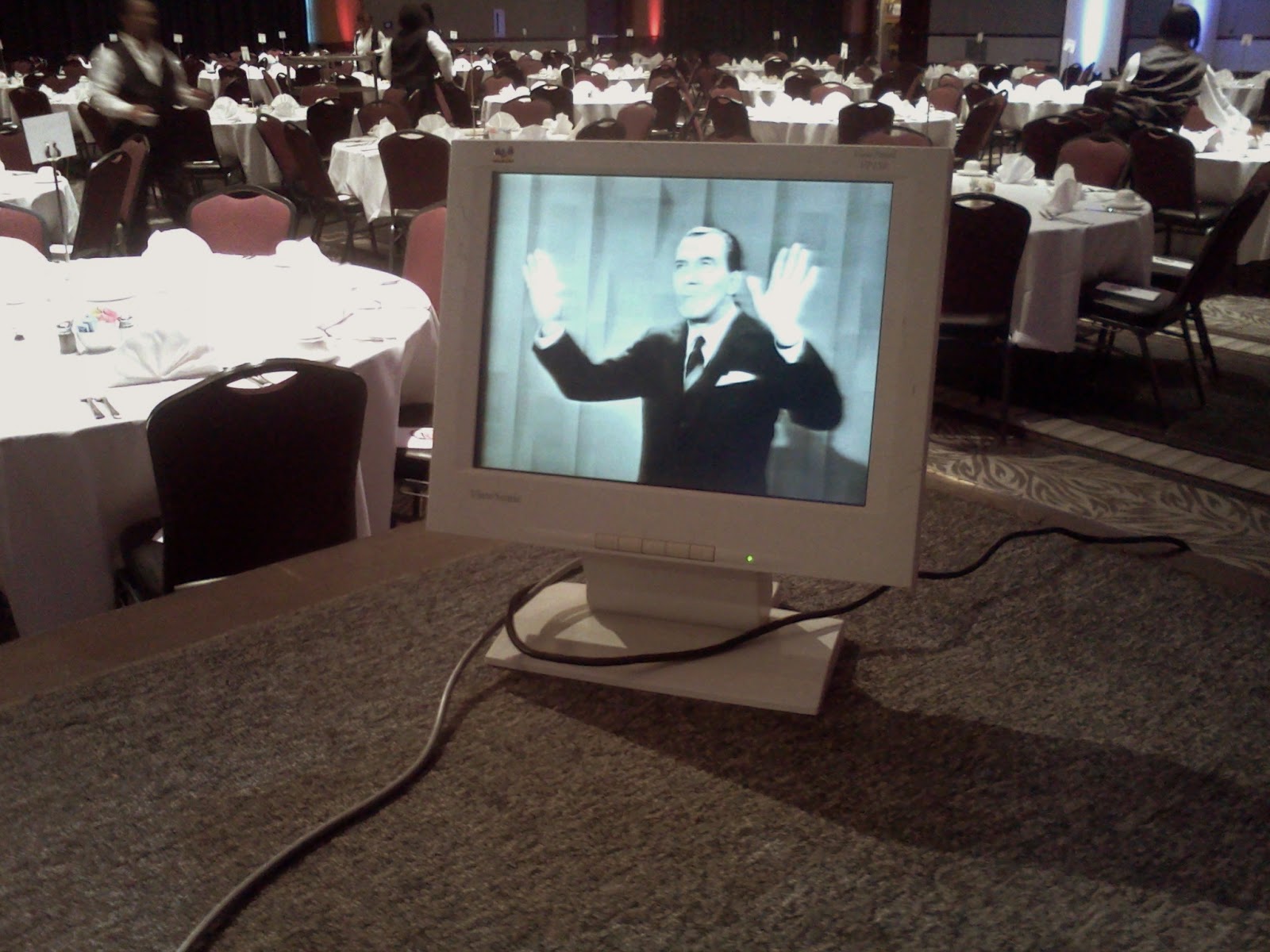 Ed Sullivan, apparently saying "Don't Shoot!"
on the video monitor at the front of the stage

Not only did we get a nice air conditioned dressing room, and a complimentary dinner, they also had high tech facilities for the stage. 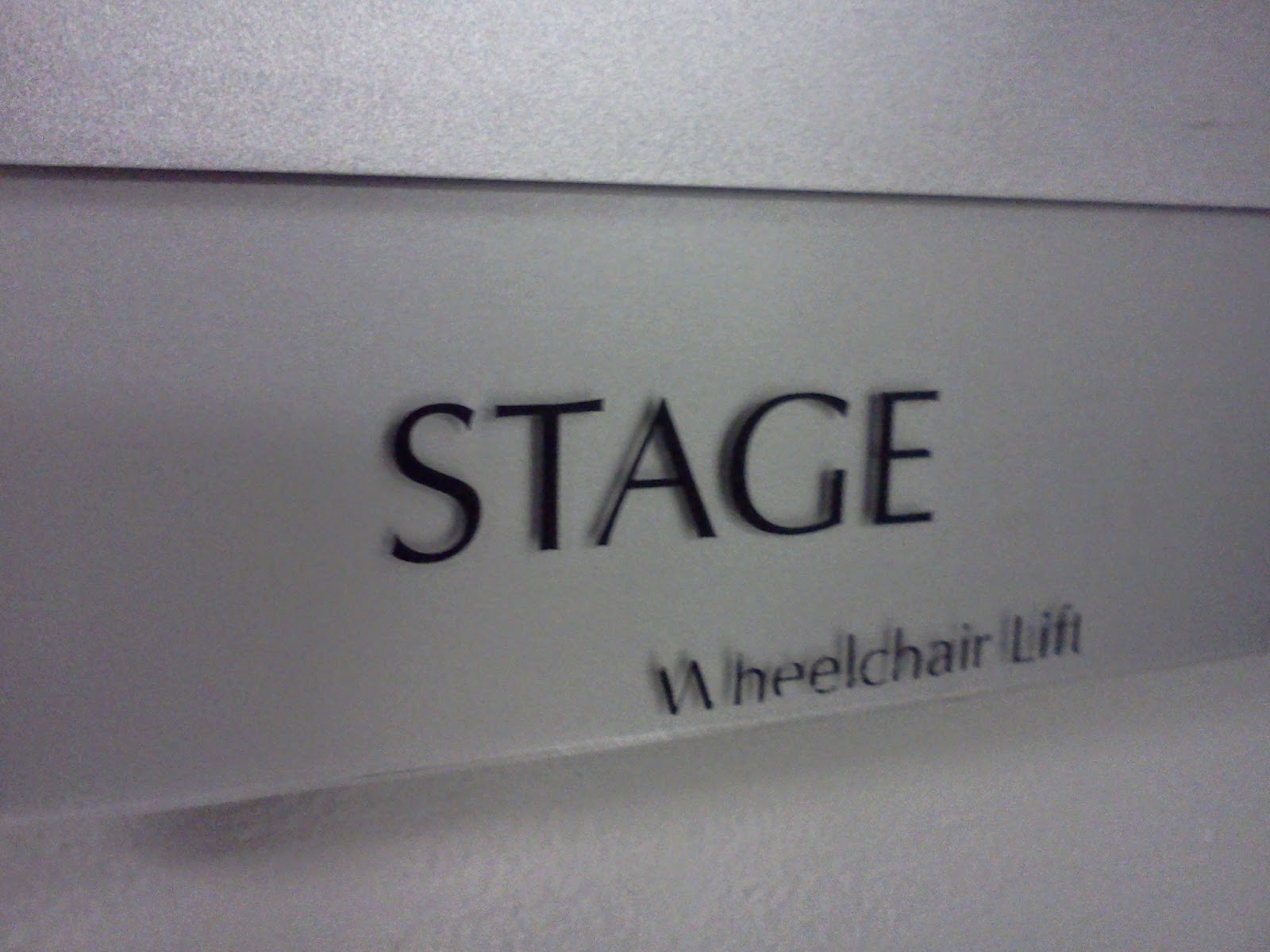 The wheelchair lift allowed us to move our gear and PA system up to the stage without having to lift it four feet from the floor to the stage level. 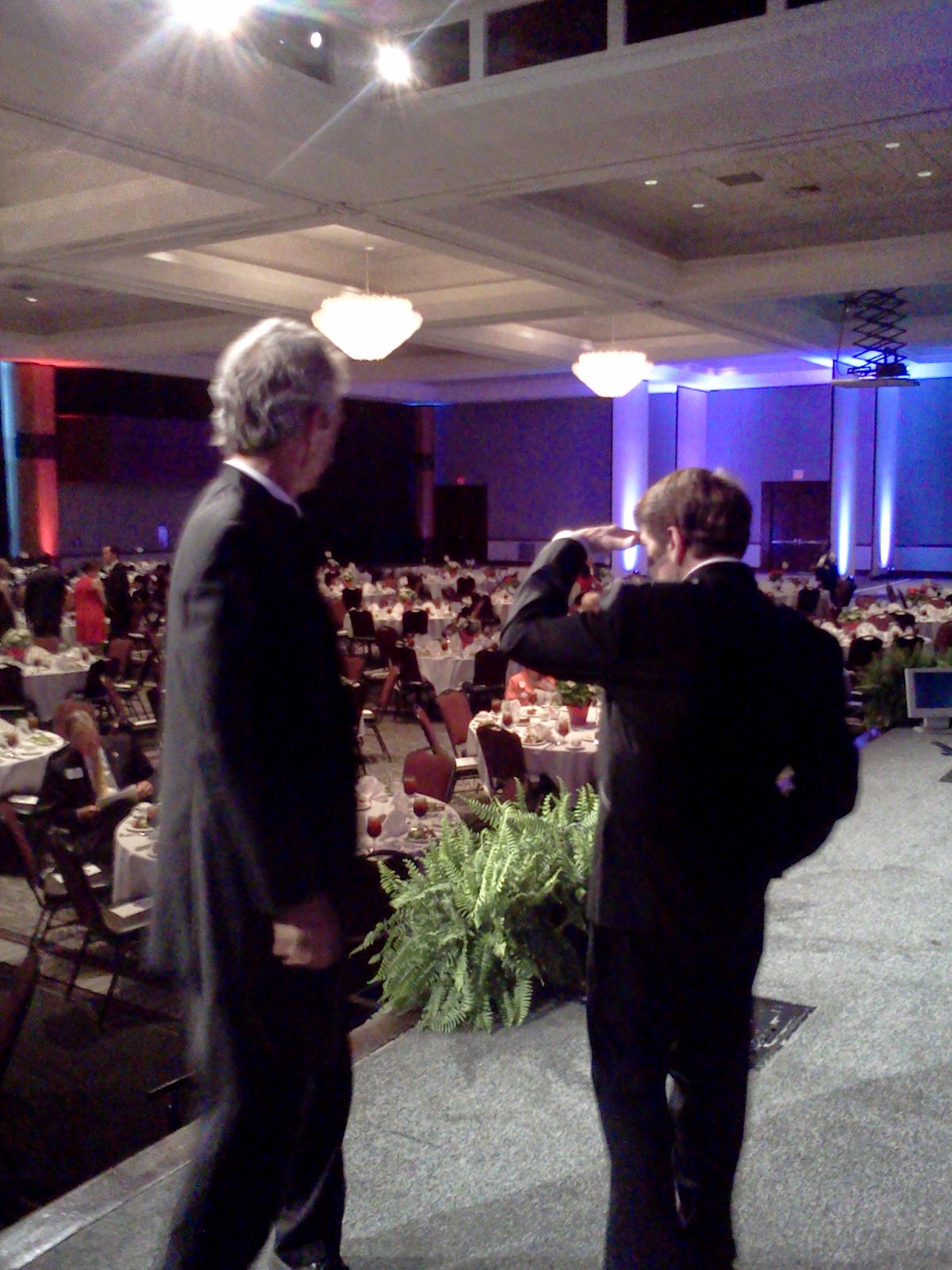 Yes, it was a long way from the Clarksville Fair.

Here's an action shot Sarah took from the side of the stage during the show. 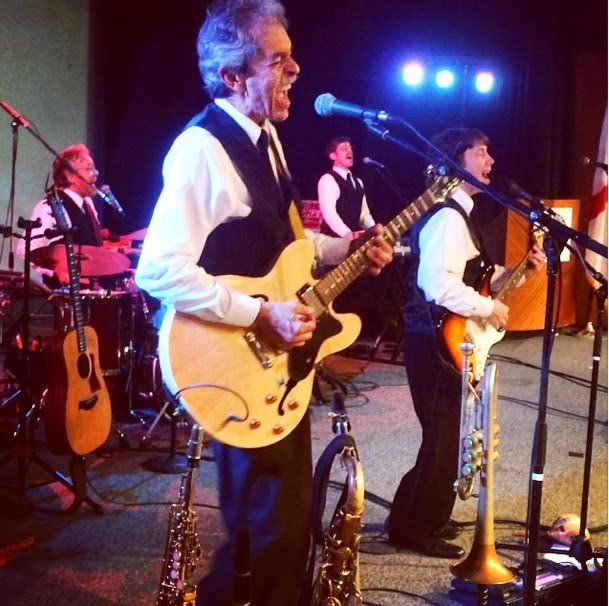 Four guys having fun in Birmingham.

And then we packed up and drove three and a half hours back to Nashville, a van load of tired puppies.

But it was a great weekend.

Posted by The Wannabeatles at 5:47 PM