We celebrated Fourth of July with several hundred others in Pegram, Tennessee.

Compared to downtown Nashville, which drew over 200,000 folks that night, it was a small affair.

But there was plenty of festive fun, food, patriotic spirit, and music on the lawn, so we enjoyed it.

It was a beautiful sunny day, and we were under a roof to keep us from getting too hot and sweaty. And as we arrived, we were presented with special creative gifts.

A local woodworker named David Watson took the time to make four full scale reproductions of "the white album" out of painted boards, with "THE WANNABEATLES" written in the spot where "THE BEATLES" was written on the original album cover. 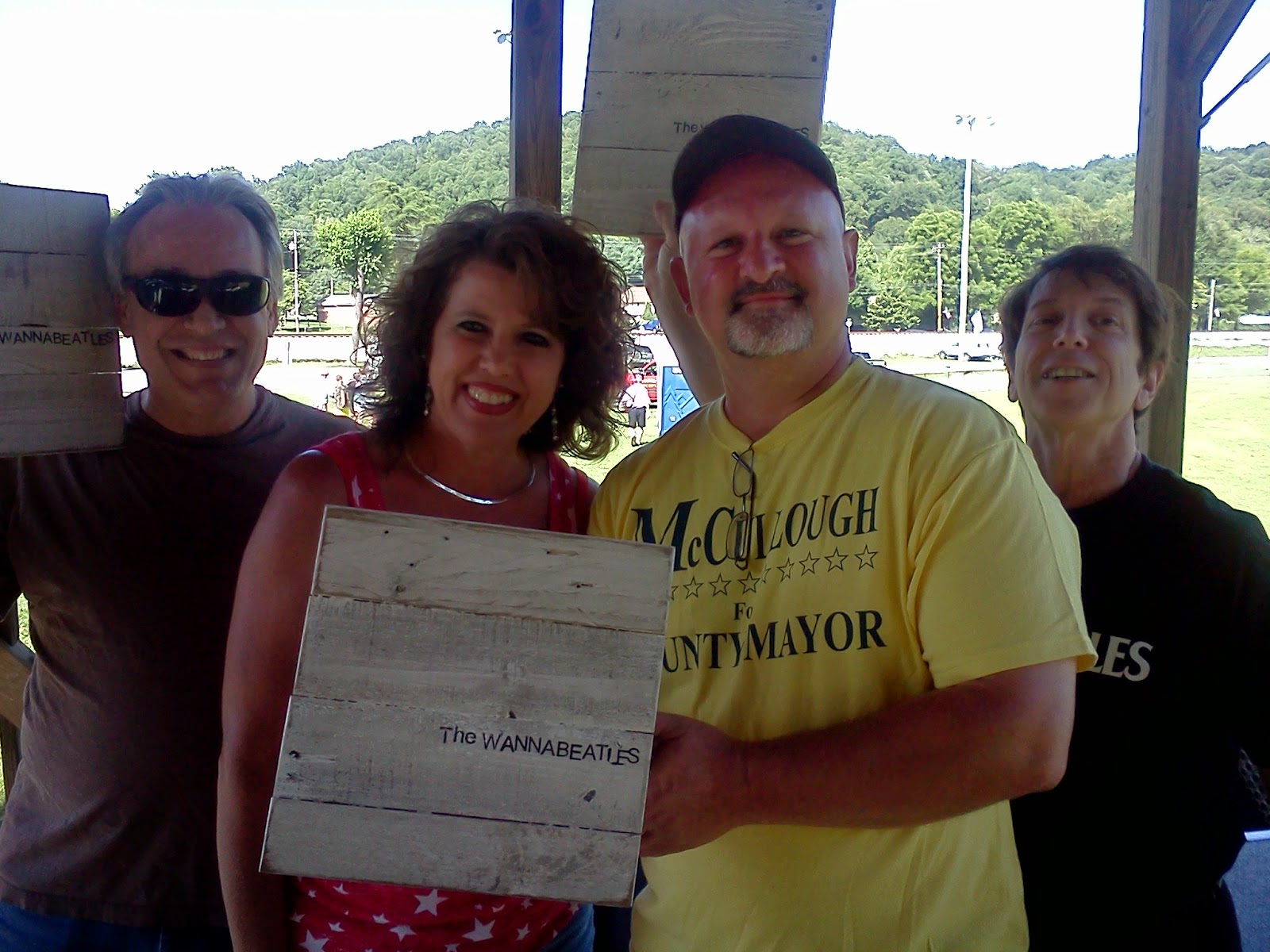 David Watson presents his artwork, with David and Dennis 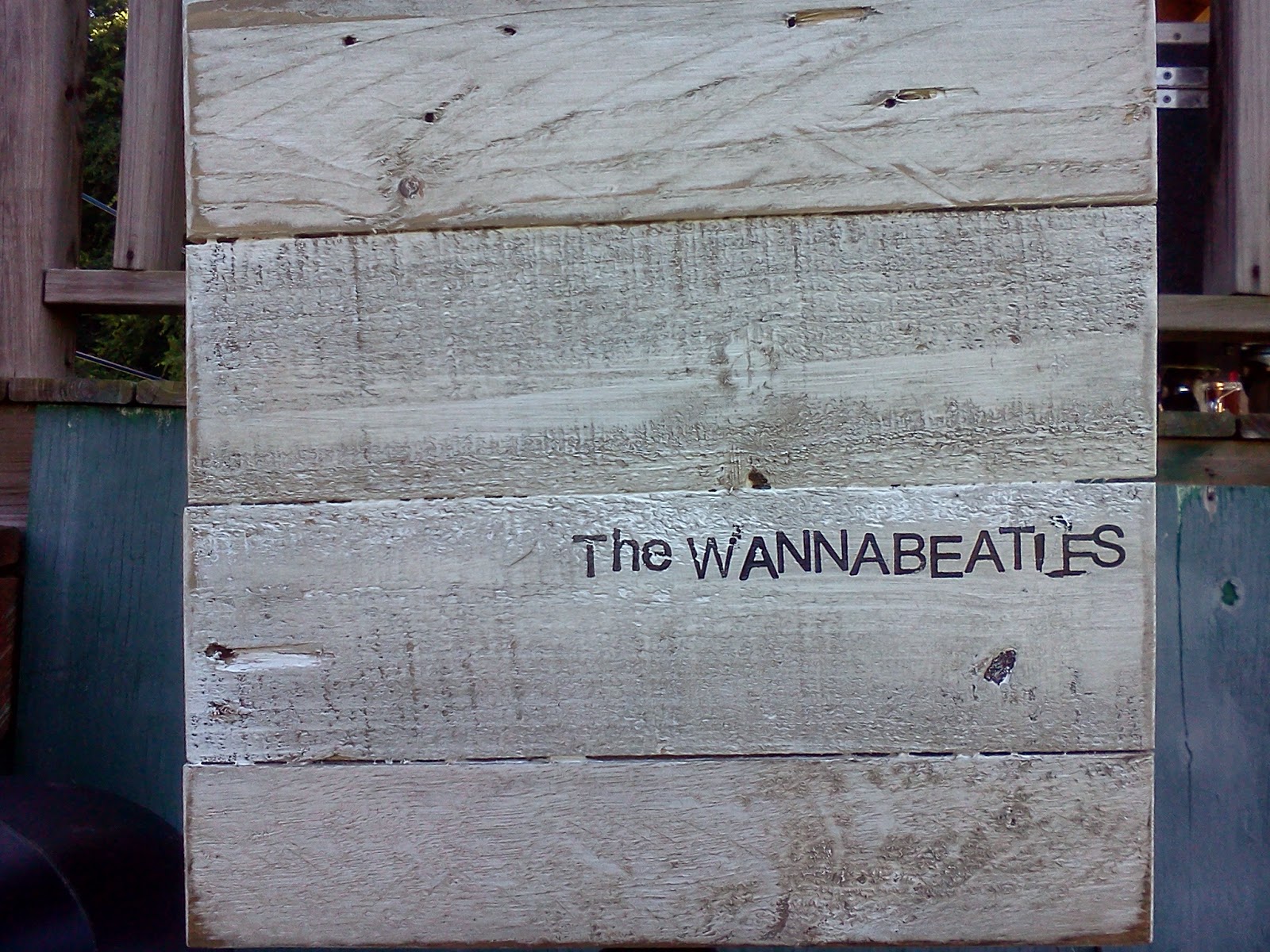 Here's a closeup of the wooden album cover

In addition to this, we received from our friend Sheryl How four identical Wells Fargo pins to put on our shirts. Sheryl is one of the most committed and creative Beatles fans in the world,  having decorated her car, her walls and her body with images of and tributes to the Fab Four.

The Wells Fargo pins she gave to us were packaged in a small white round box, decorated to look like a miniature bass drum, with "Ludwig" and "The Beatles" painstakingly rendered in authentic font in black ink. Inside each box was a small ticket commemorating the Beatles at Shea Stadium.

Sheryl added to our knowledge of Beatles lore as she explained that the badges that the Beatles wore on their coats during the Shea Stadium concert were given to them on their way to the stage, as they were driven by Wells Fargo security officers.

The badges were given as souvenirs of their time spent in a Wells Fargo vehicle, and partially in gratitude for the security provided by the famous company, the Beatles pinned the badges to their coats and wore them during the concert.

Since we had recently added "Shea Stadium" shirts to our wardrobe, it was appropriate that we add "Shea Stadium" badges. Thanks to Sheryl for her special creative contribution to our look. 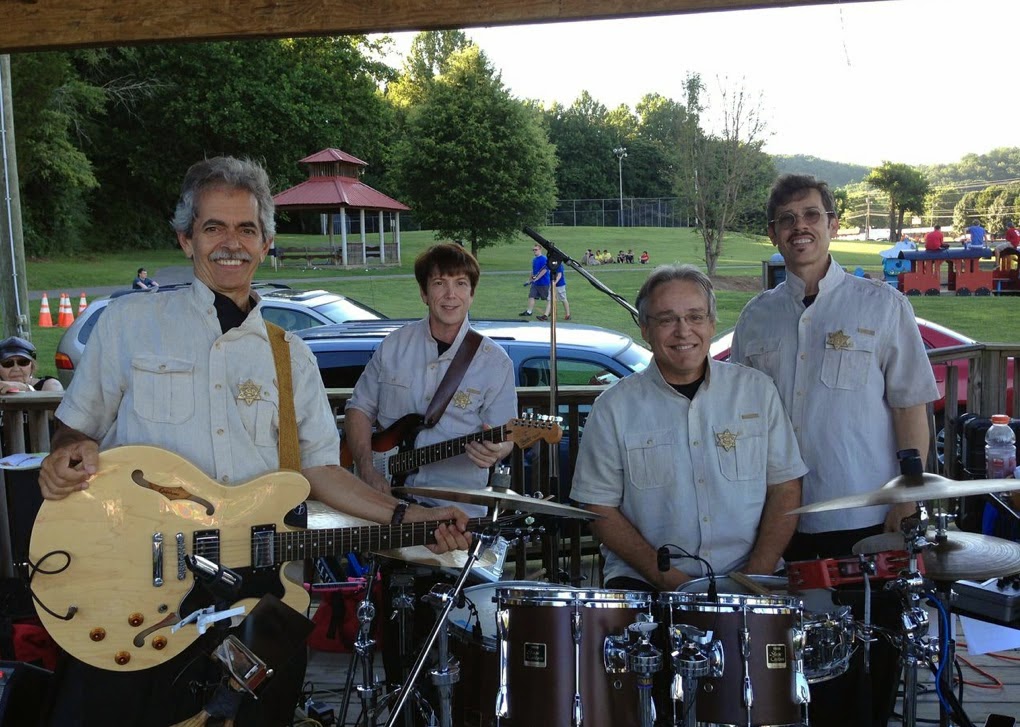 Onstage with our new badges 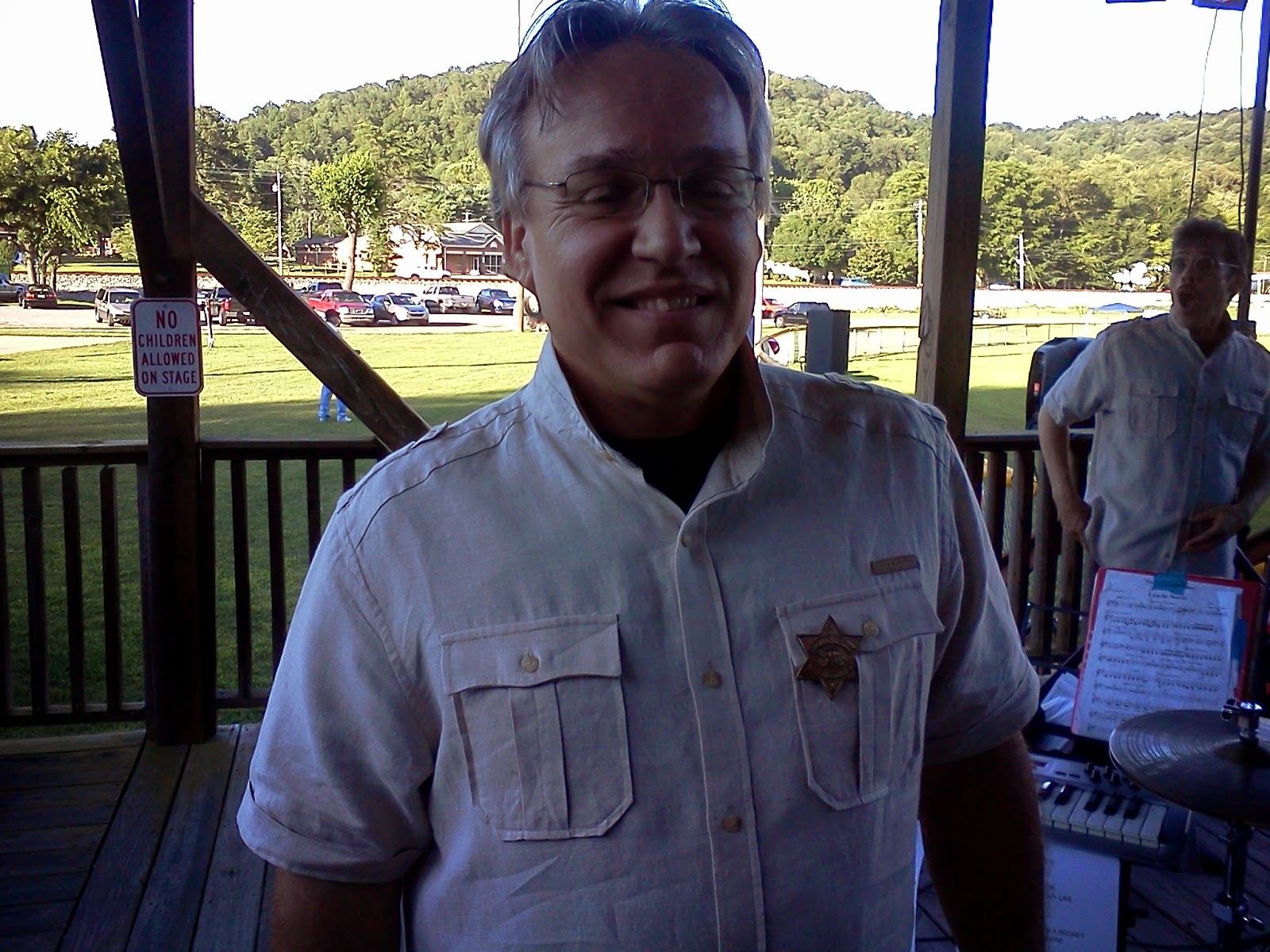 WannaBeatle David with his new pin

We had our friend Allan Waugh doing sound for us. 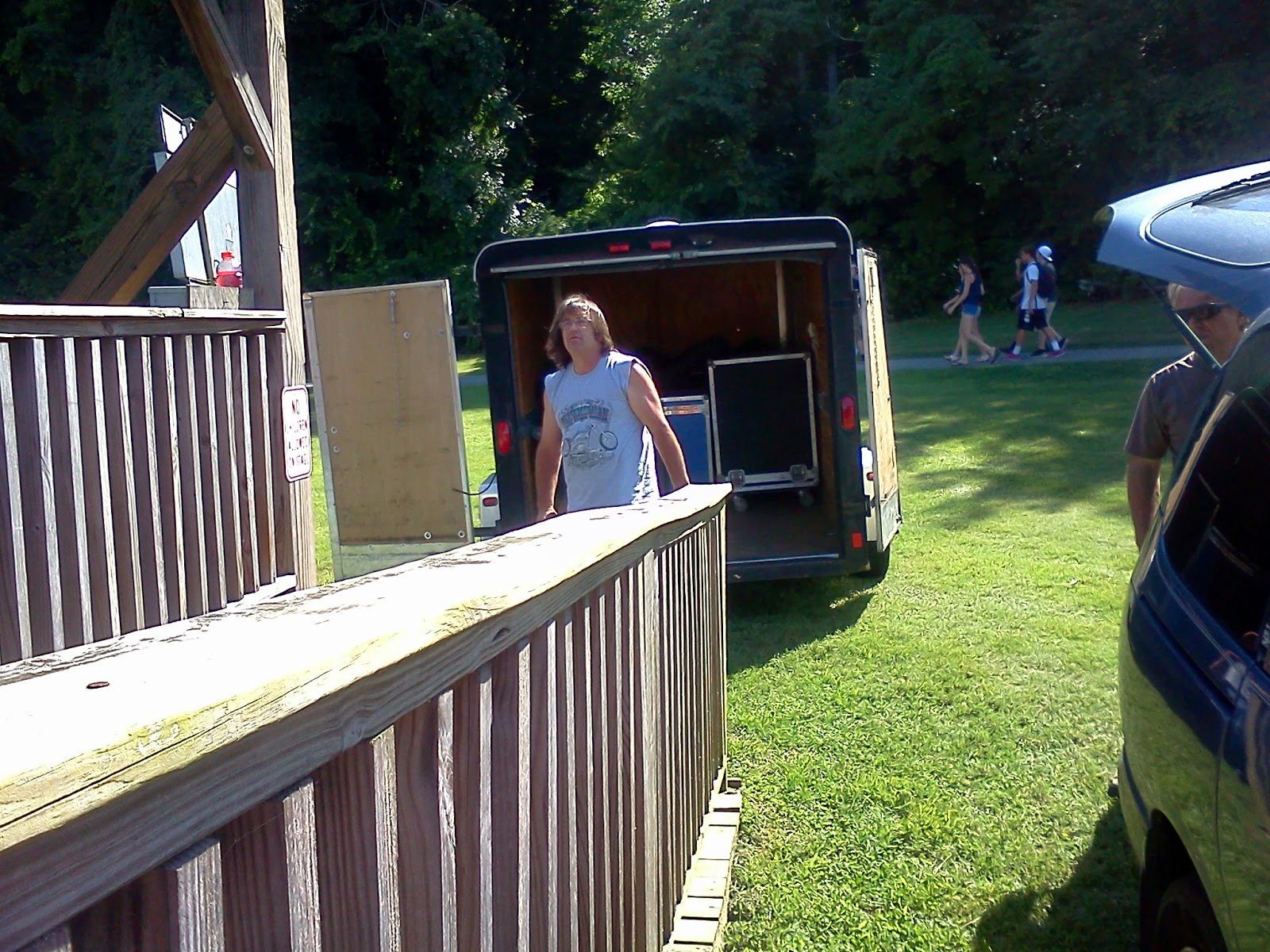 Allan surveys the ramp leading to the stage

He brought his son to help out, to learn the family trade. 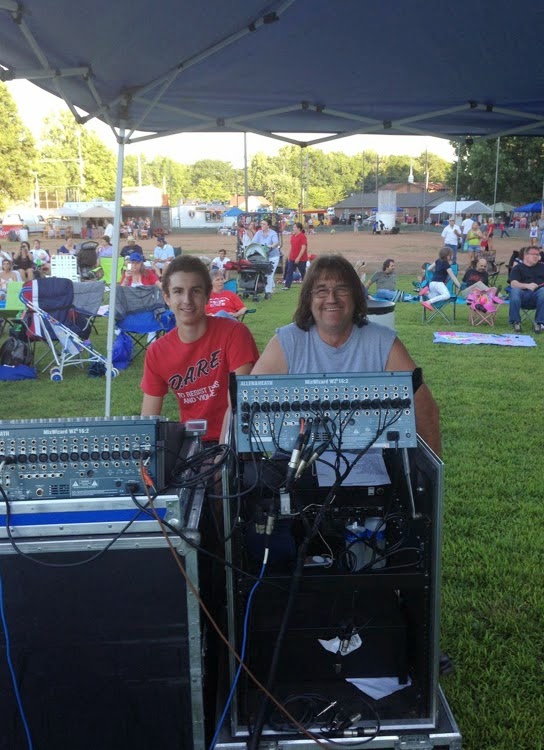 Allan & his son David in the engineer's tent 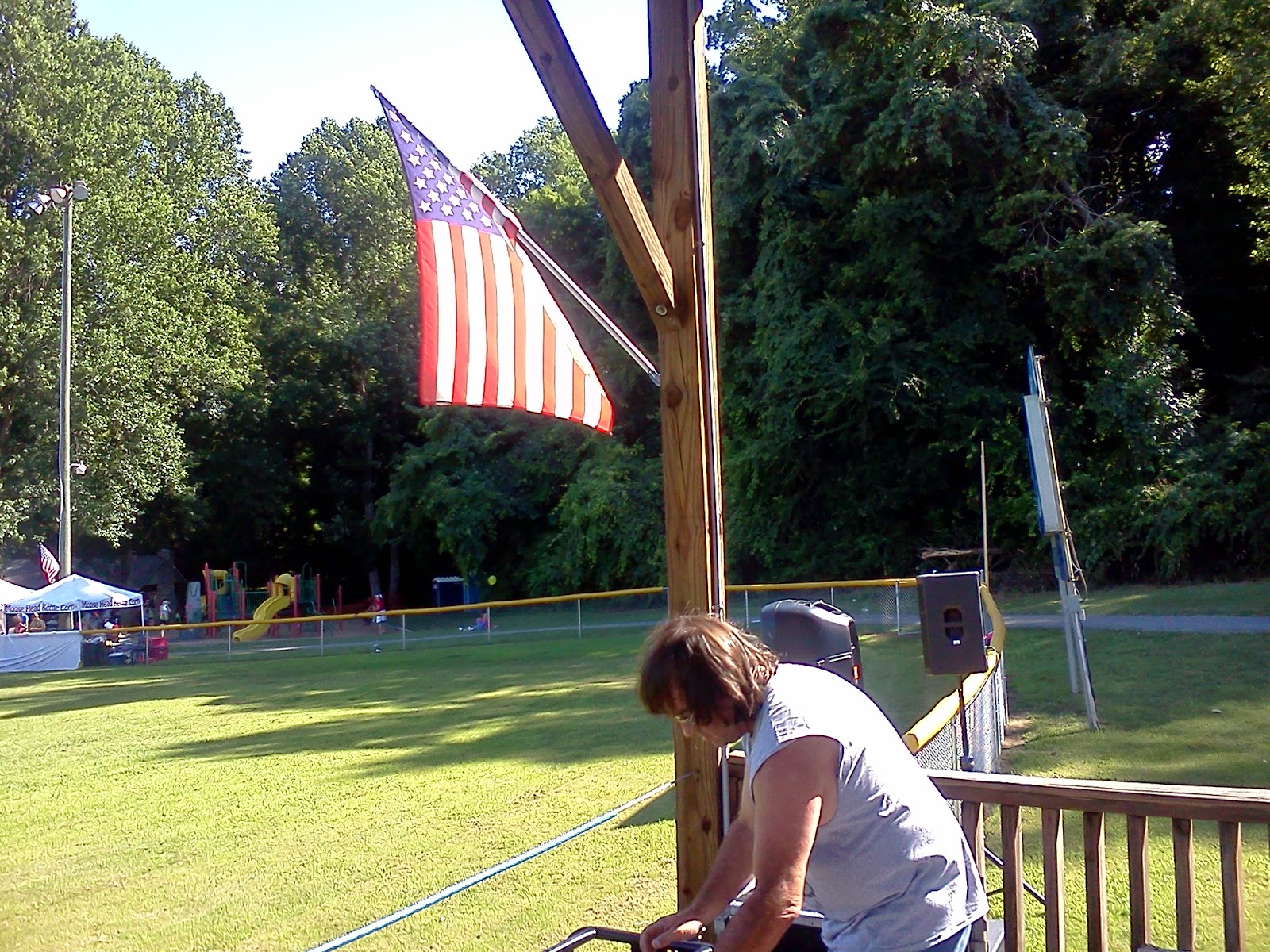 Allan sets up a monitor under an American flag 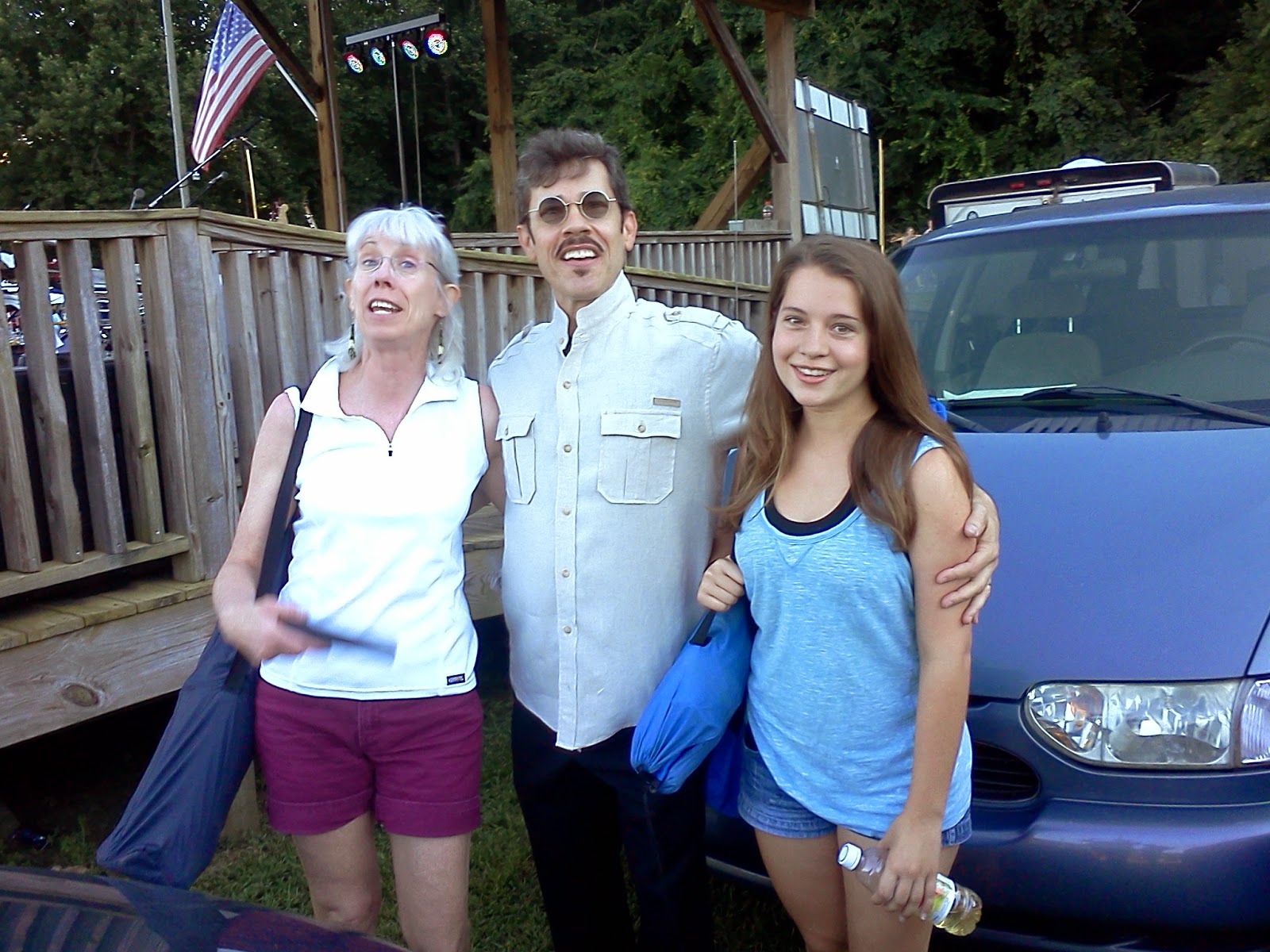 Nathan with Jana, Dr. Sally's assistant, and his daughter Eliza 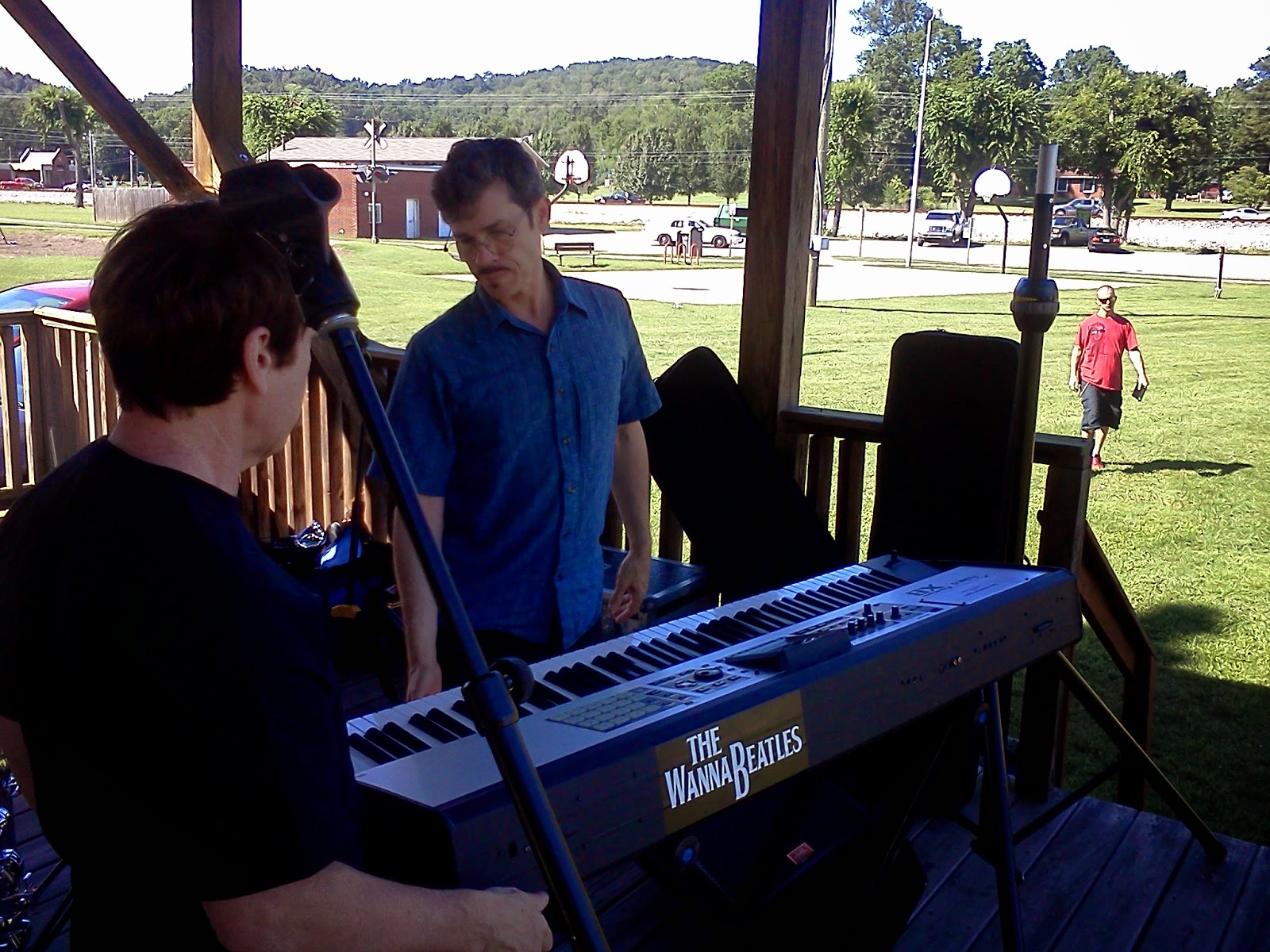 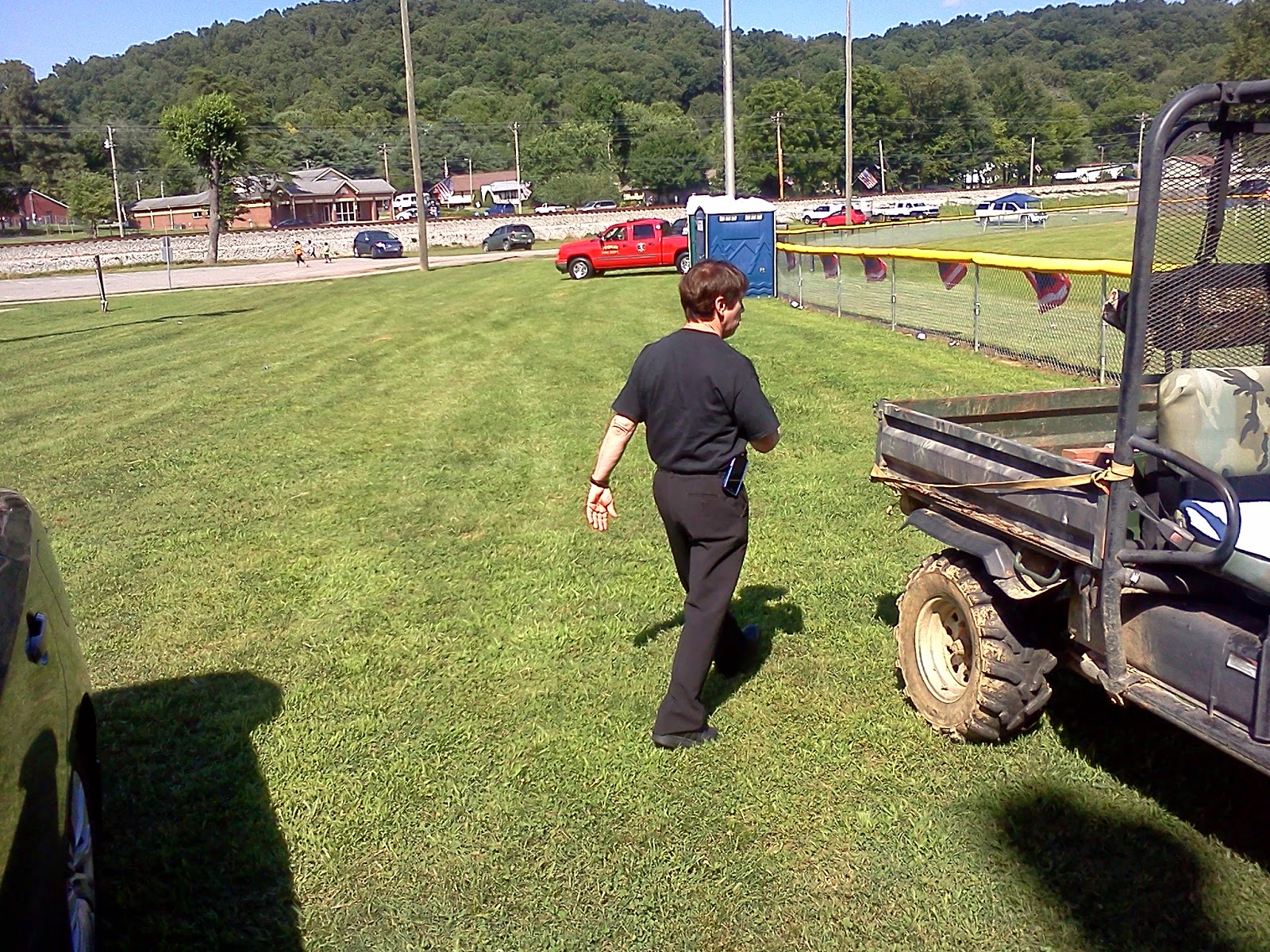 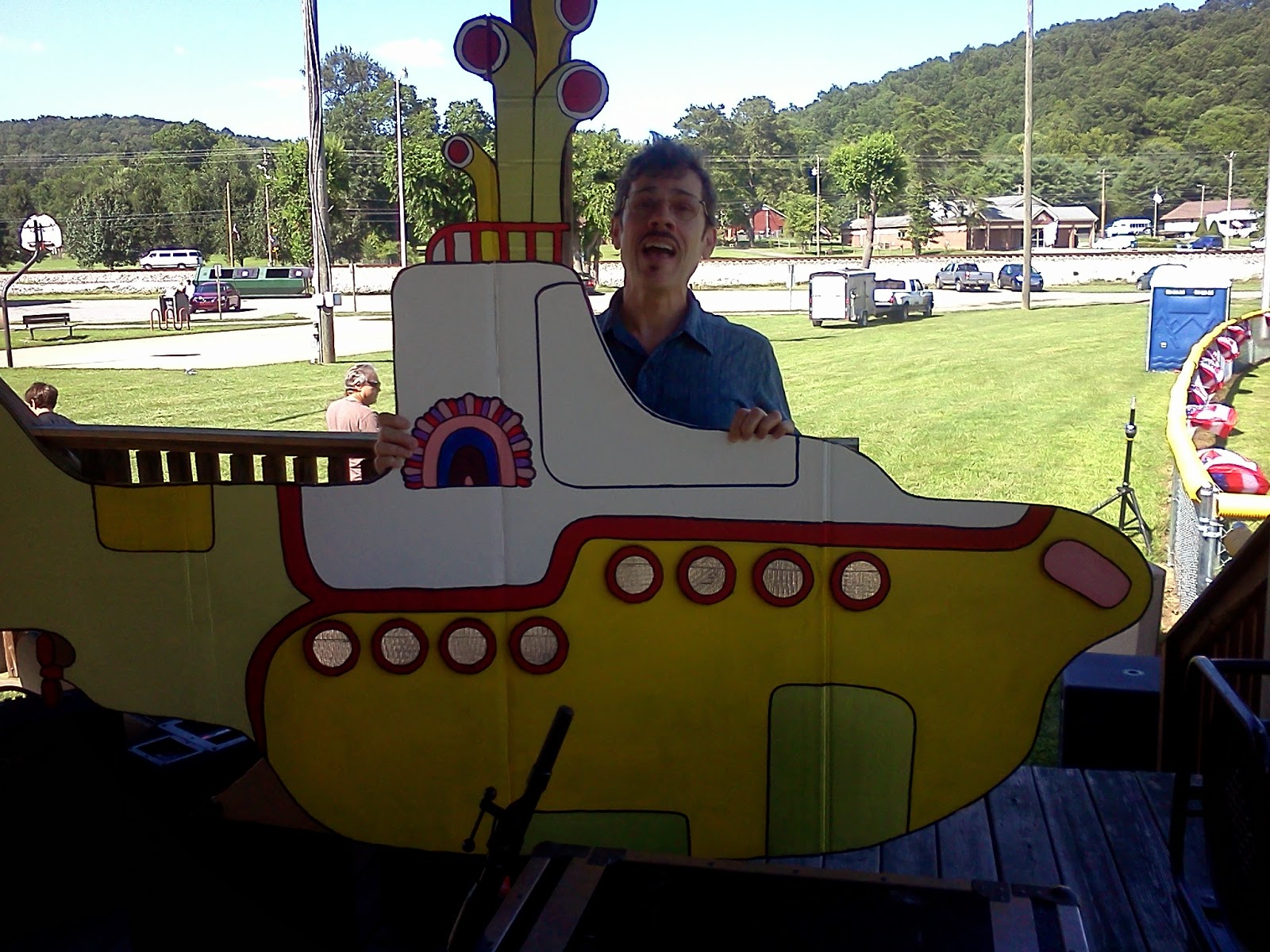 Nathan with the yellow submarine, for which
we never found an appropriate location, so it went back into the van

The boys on stage, the flag, & part of the merch table
The view from onstage, with the flag 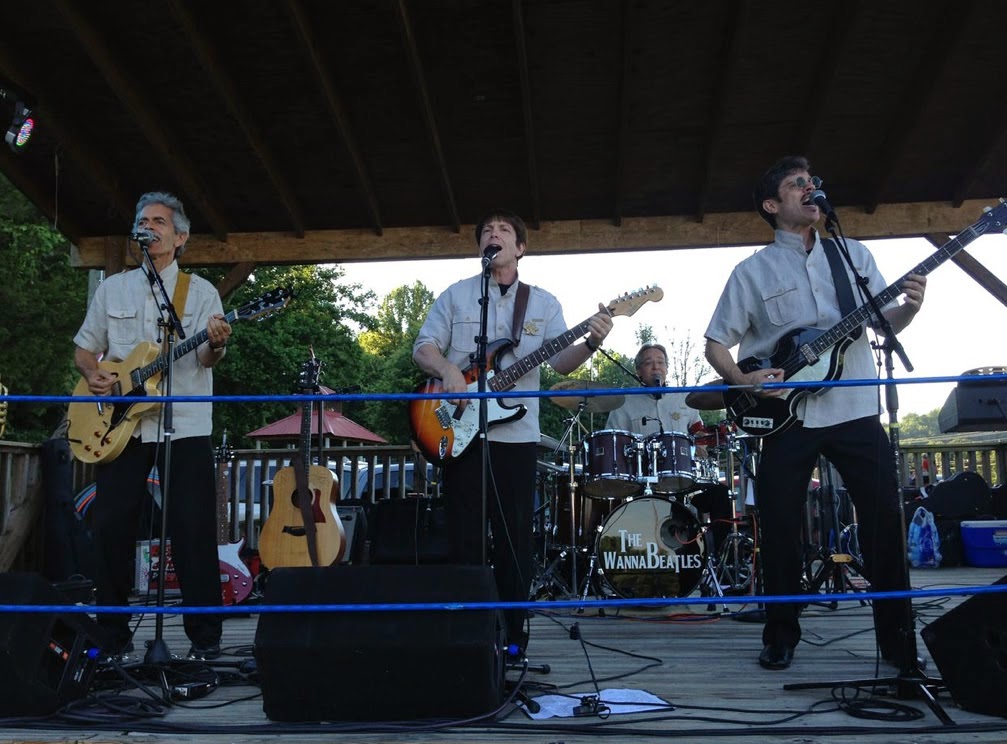 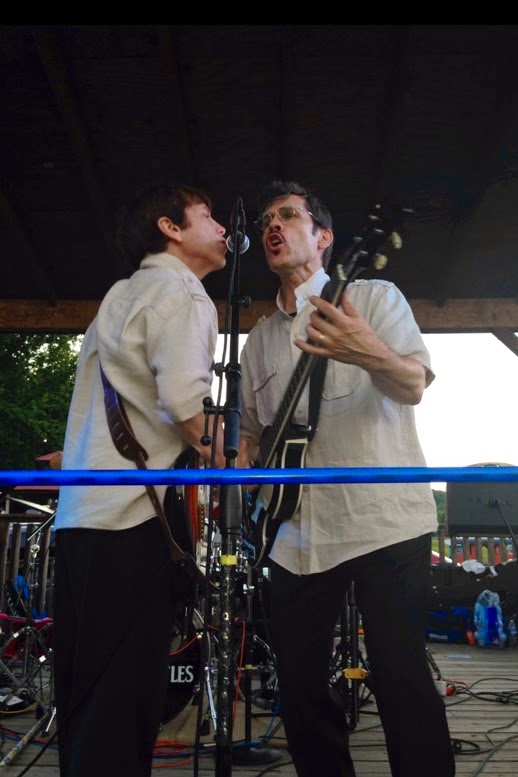 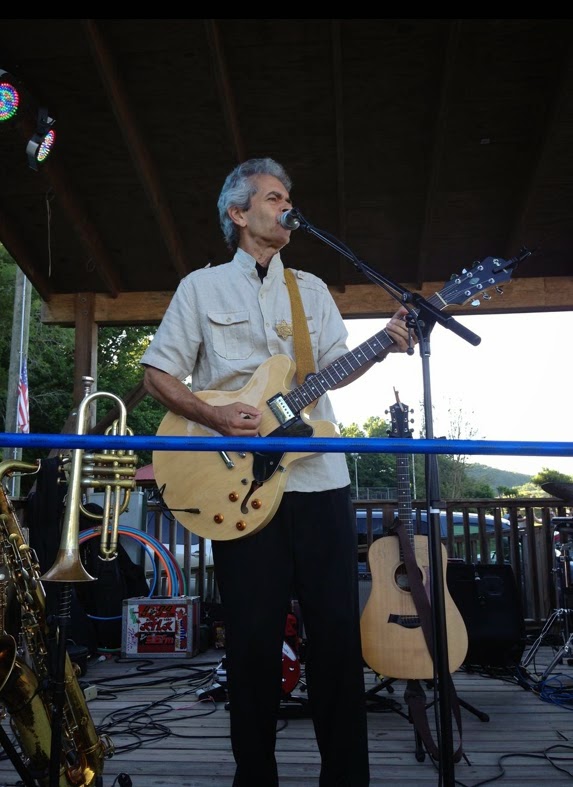 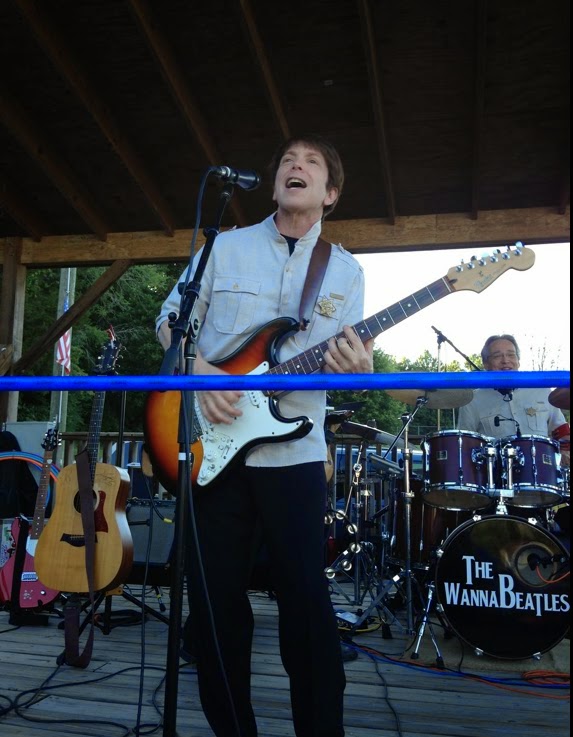 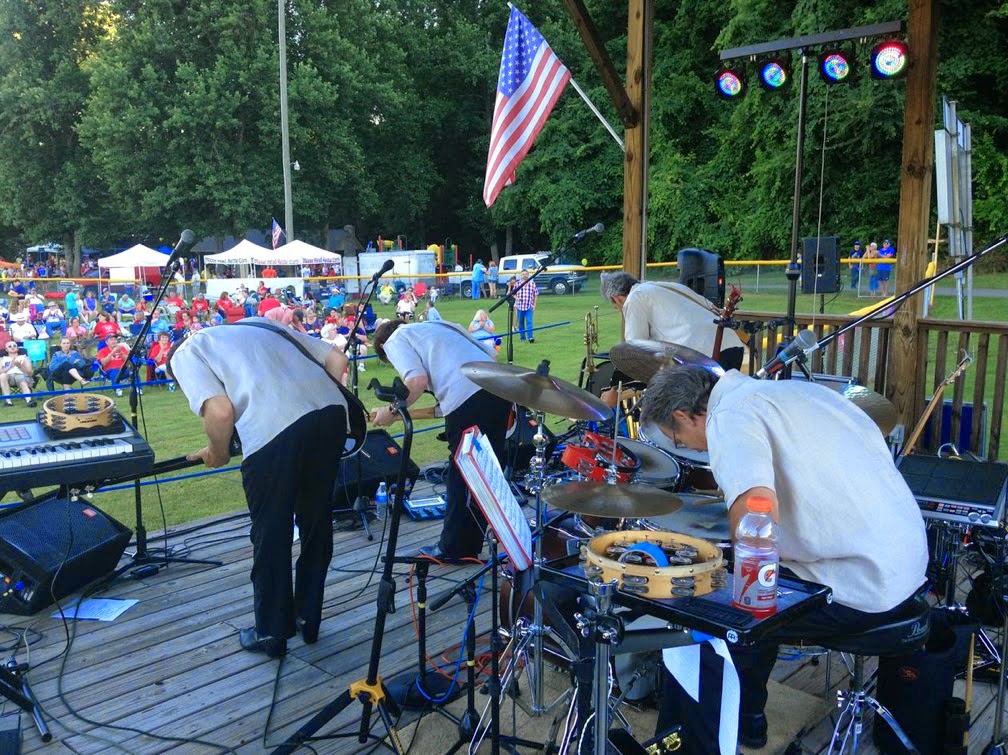 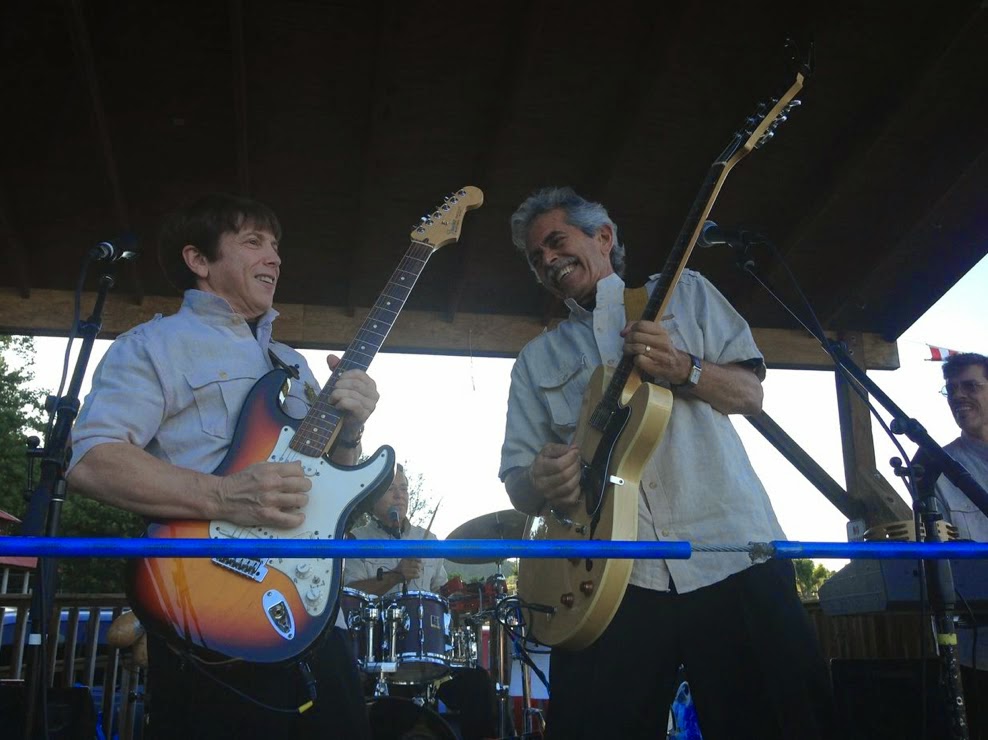 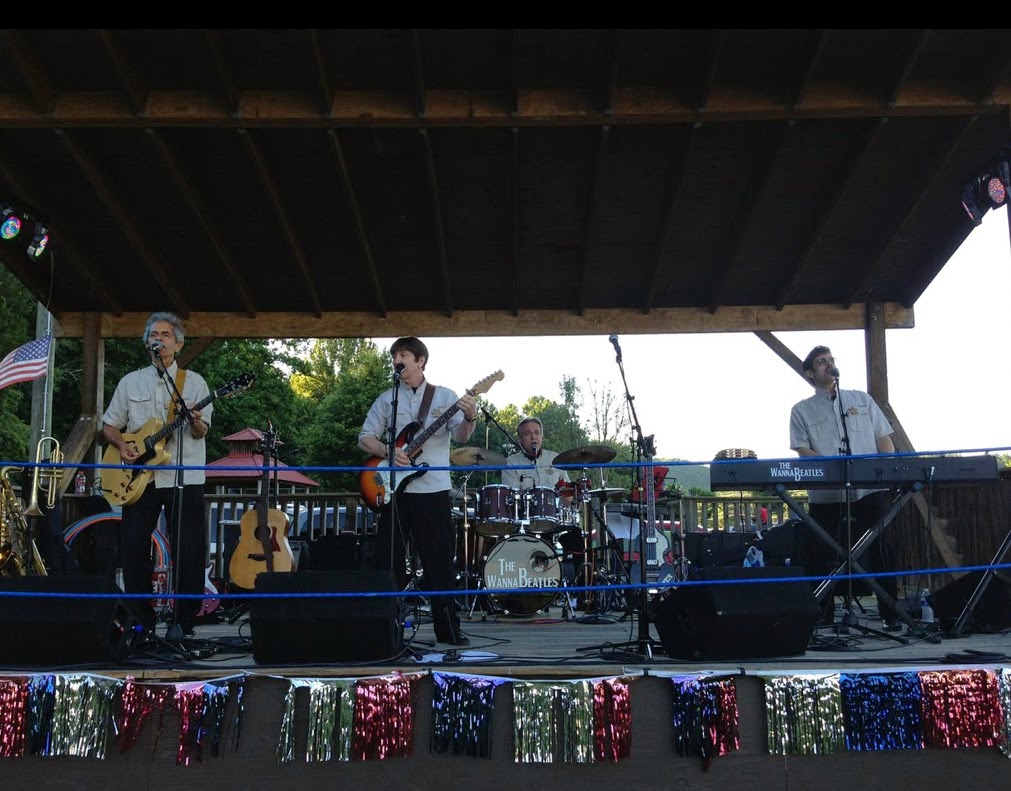 The stage with its red, silver-white and blue trim 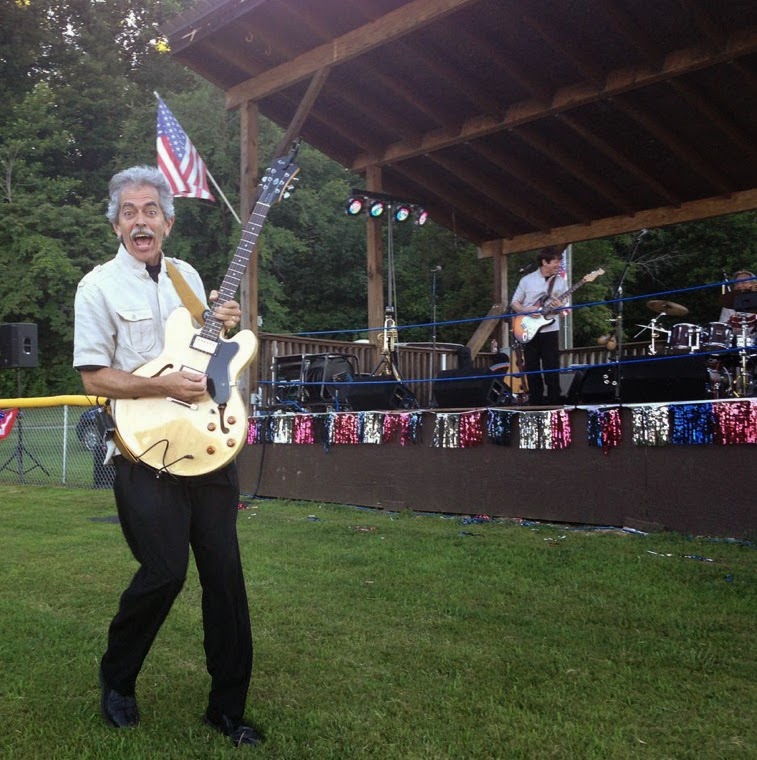 BC wanders into audience at end of "Come Together"

And our audience got excited... 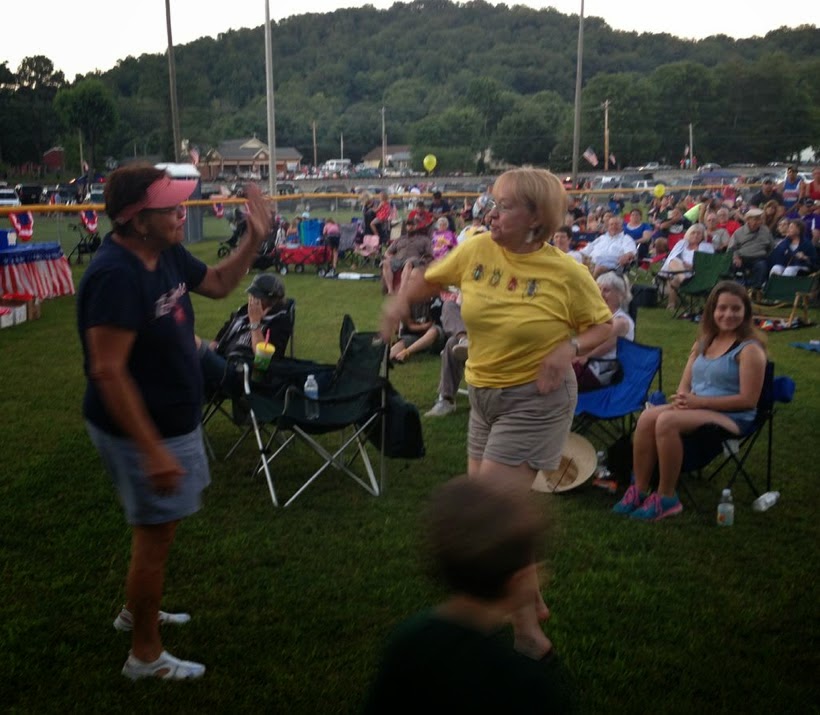 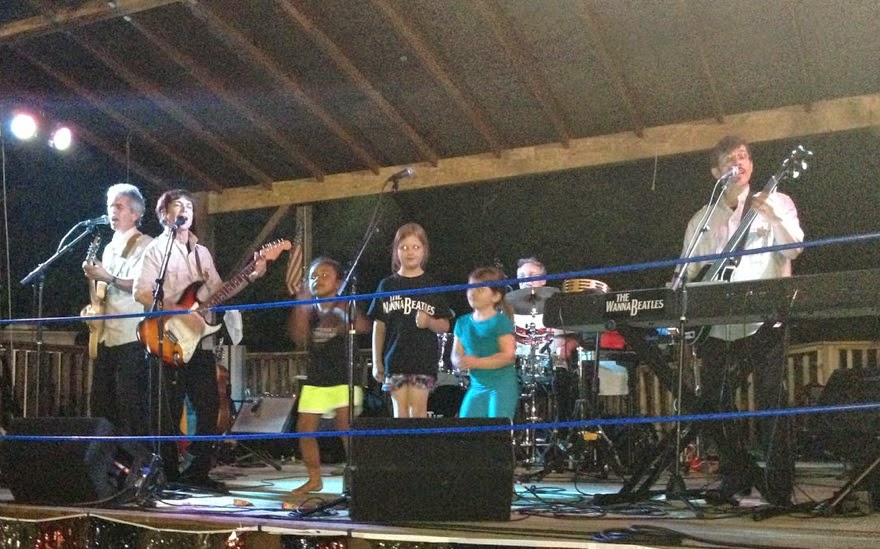 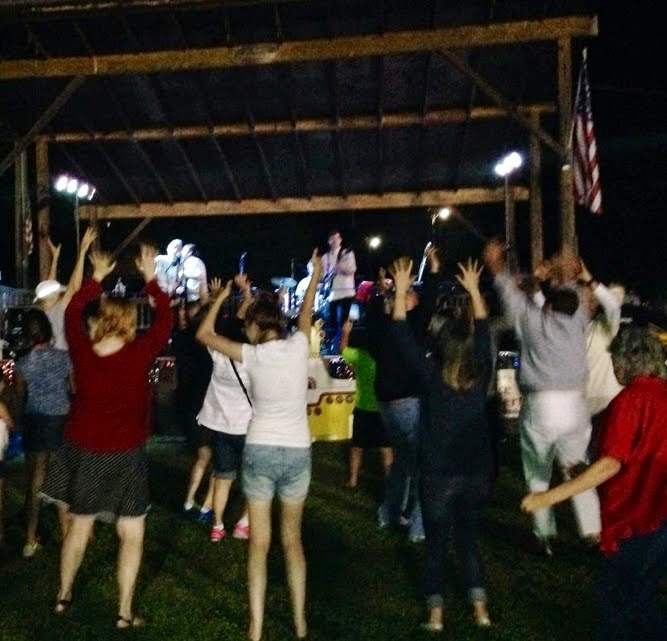 The crowd had a good time 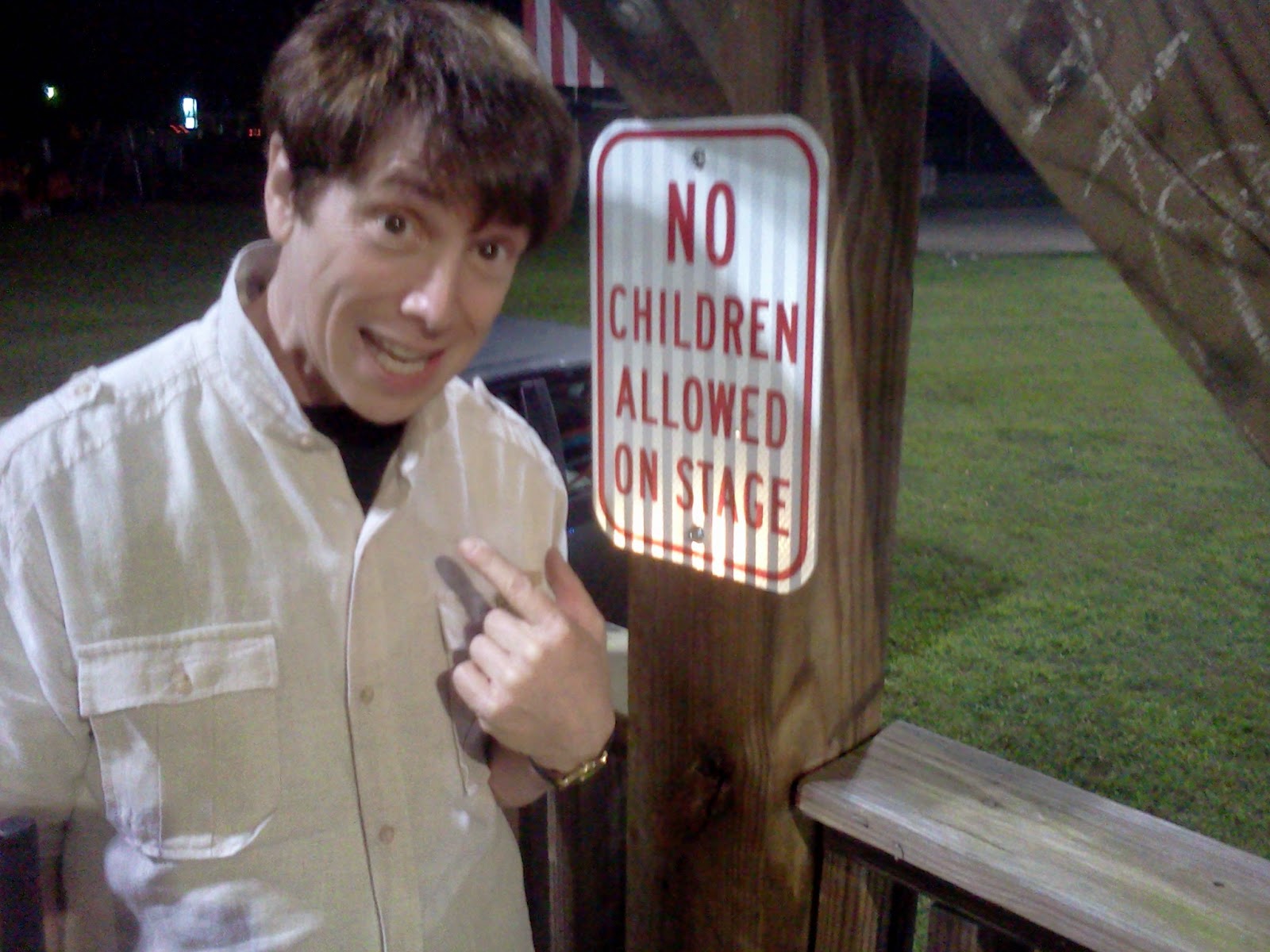 We had a great time, and then...what better way to end a Fourth of July evening but... 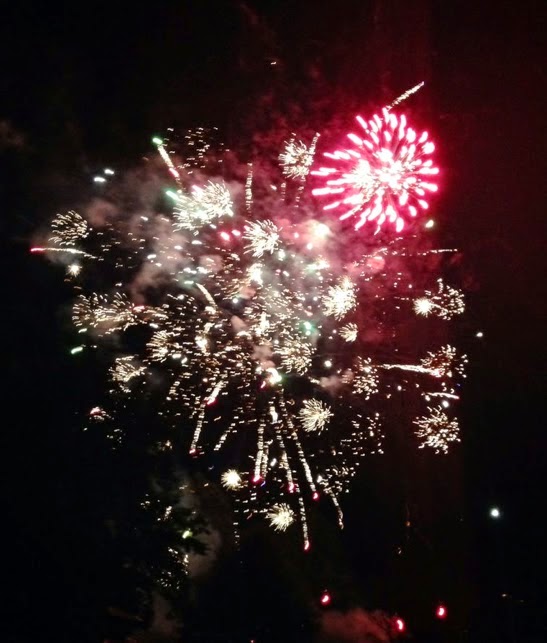 Thanks to Sheryl for the badges, Allan for great sound, and to Lucy for helping out and taking pictures.

Thanks to Pegram for having a great Fourth. See you next next year!

Posted by The Wannabeatles at 11:09 PM