We've been busy - too busy to blog.

Blogs are on the way, to catch you up on August news, like our trip up to Washington DC, Bethesda, Md., Lexington, Va. and Clifton Forge, Va.

We also have over a hundred photos from our annual show at the downtown Library, but we'll pick out the best dozen or so for your enjoyment.

And, in addition to those gigs, we've been in the studio, and at various personal computers, working on different projects.

One of them is a video taken from a concert we did last year in Virginia Beach, Va., with a local orchestra called Symphonicity.

We have assembled clips from that show to make a brief promotional video that will help people see what we can do with Beatles songs, a nice concert hall, some written scores, and a roomful of musicians to join us.

Editing the video was one job. Mixing the sound track was another. 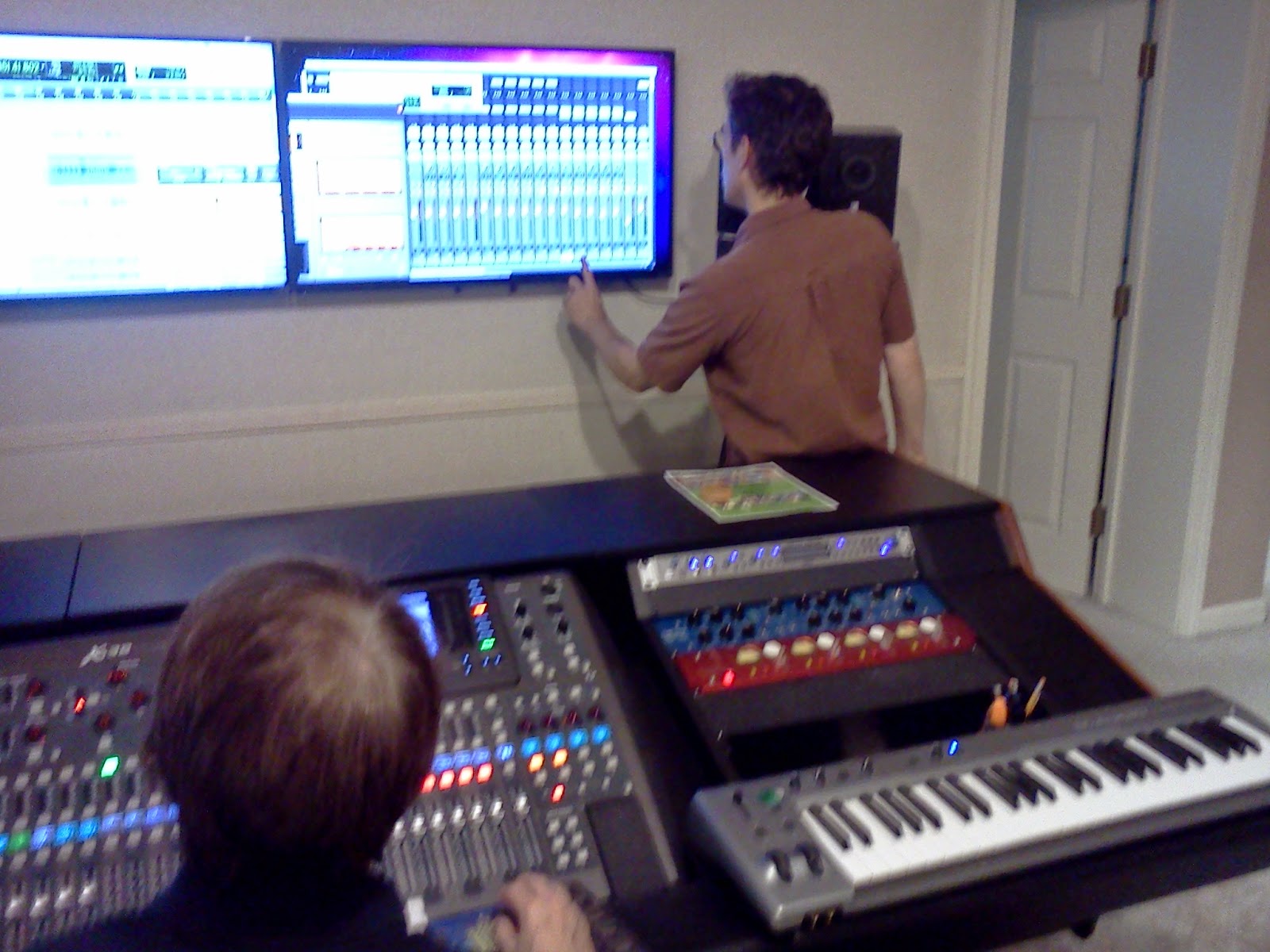 With Dennis at the board, Nathan points to the screen in Dennis's studio, indicating a point where an instrument needs to crescendo.

For the video, we worked with Jason Howard on his Final Cut Pro system. The result can be viewed on youtube, at this link:  http://youtu.be/ENDRZQKQgio

Here's a still shot from the video: 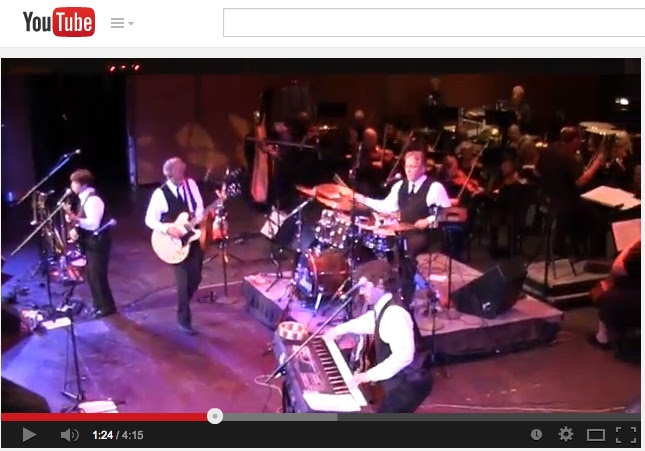 Another musical project that's been part of WannaBeatle Dennis's life is an album of songs for Cokesbury, which produces church resources. Dennis is quite a songwriterand producer, and this year his work was recognized by the Gospel Music Association, which nominated him for a Dove Award for Children's Music Album of the Year.

Dennis will attend the Dove Awards ceremony with his wife Lori. We're proud of him, for the fine work he does, and the recognition he deserves. 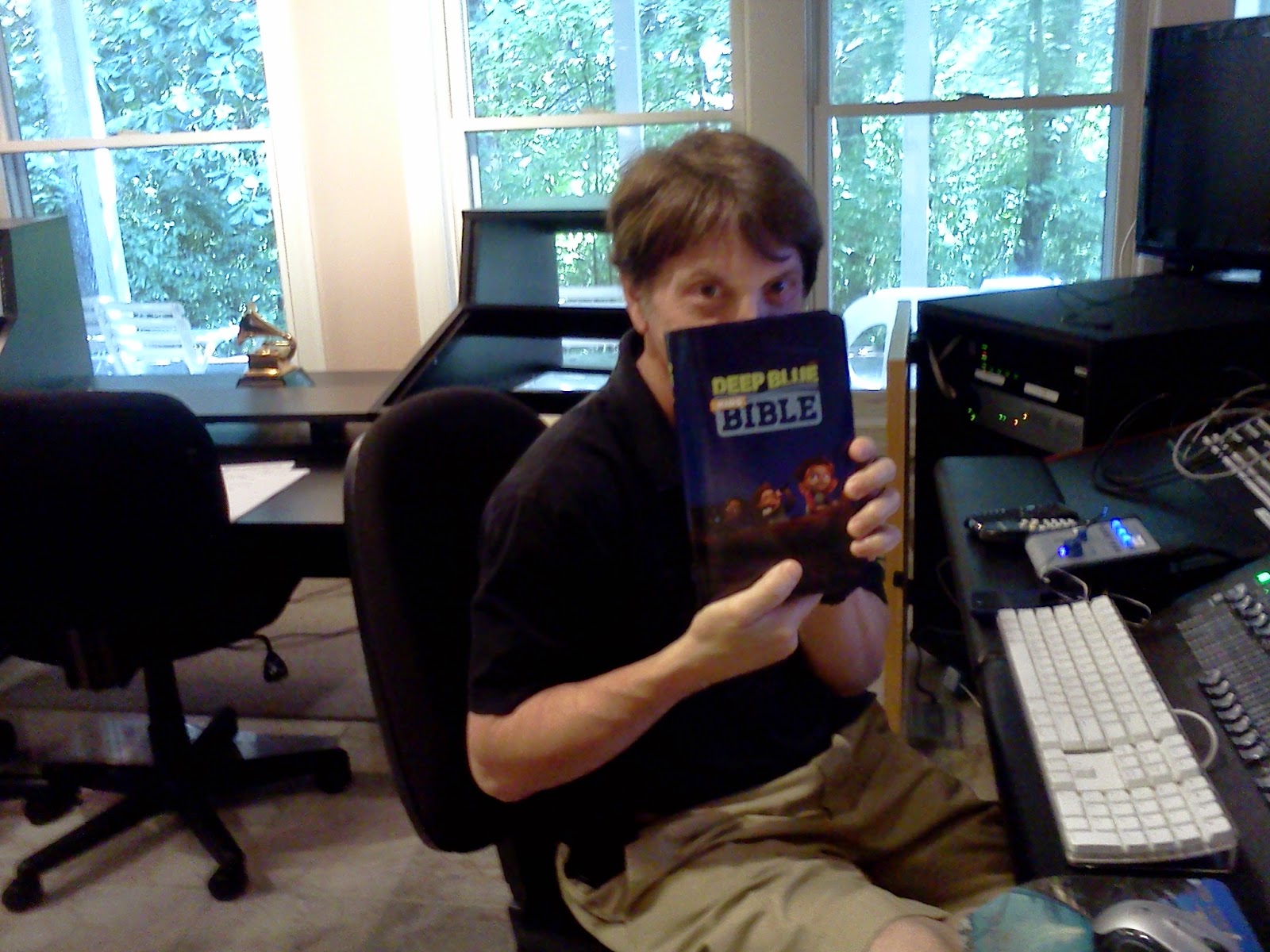 Another WannaBeatle, another video: Nathan, who wrote "Bristol Lights" about his hometown of Bristol, Vermont, made a video for the song. He used photos of the town, nestled in the mountains and the snow, with special attention paid to "the bandstand on the green." 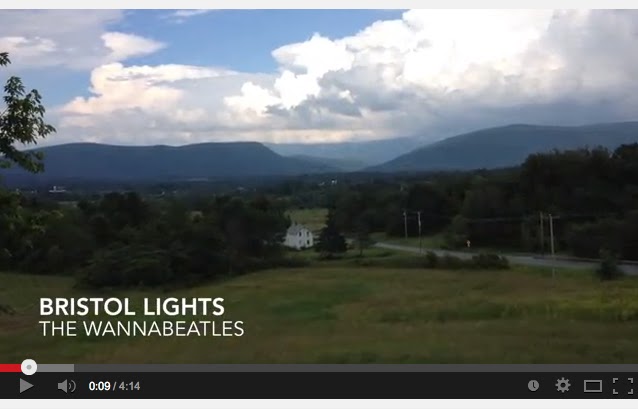 Here's a still shot from the video

The video has Nathan's beautiful song, followed by additional footage of the Bristol Town Band playing a Sousa march - as if they materialized right out of Nathan's lyrics.

Here's a link to the video: http://youtu.be/fJklALR3o6k

We're very proud of Nathan, his song, his town, and the video. We hope to travel to Bristol one day to play there.

Stay tuned for more WannaBeatles news, fun photos and one unexpected visit to the emergency room.