The WannaBeatles had played at Sun City Hilton Head, an upscale resort in Bluffton, S.C. near Savannah, twice before. This year they invited us to play at their 20th anniversary party, which occurred May 9.

Having driven to Savannah only two weeks previously, for the Cousin Janet party (see Bloggin' Bryan April 28), we felt like seasoned road warriors. After lengthy discussion (a WannaBeatles tradition,) considering the comparable advantages of driving Nathan's van with a trailer, vs. renting a larger van with room for equipment, we finally settled on renting a Toyota Tundra, with a 5 x 8 U-Haul trailer attached.

The Tundra is a comfortable pickup with an extended cab, a massive V-8 engine, a 6 speed transmission, and a trailer hitch. And WannaBeatle Dennis got us a good deal (another WannaBeatle tradition.)

WannaBeatle David is our resident expert on long hauls, having made the longer trip from Miami to Nashville repeatedly. He also appreciates fine machinery. In his estimation, the Tundra effortlessly "eats up the road," so he was happy to serve as our driver the whole way down and back. We made good time. 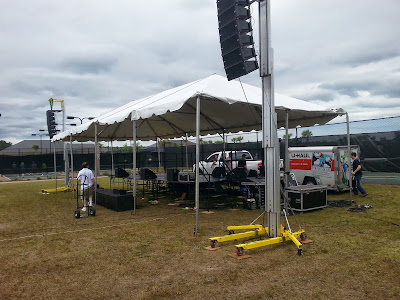 Here's a view of our outdoor stage at Sun City, with the Tundra and U-Haul behind. Clouds indicate likelihood of rain.

We met Brian and Lance, our monitor and sound guys. Brian led us through an orderly and professional monitor check, which helped us get our sound together. 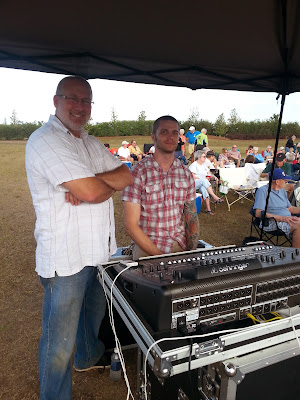 Brian and Lance at soundboard

There was a brief rain shower during the afternoon, but soon the sun was out and everyone was ready to go. 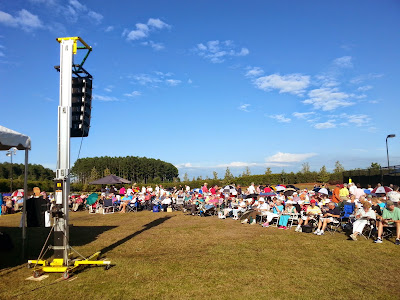 A view of the crowd with the sun out

They told us that two thousand tickets had been sold. 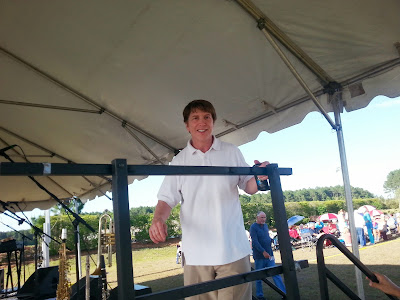 Dennis during setup on stage

A set of steps was added to the front of the stage to allow for WannaBeatle Bryan to do his wandering into the audience during certain guitar solos. 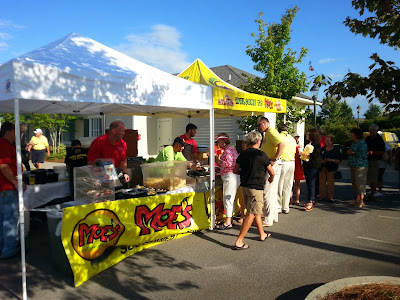 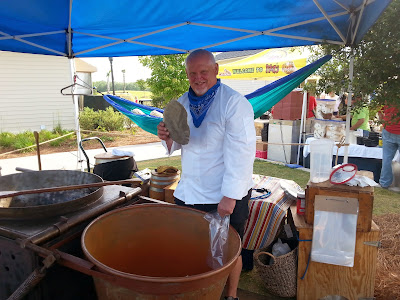 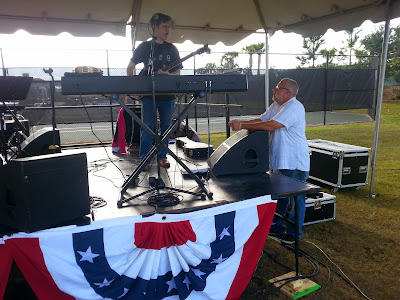 There were colorful patriotic banners festooning the stage. (This is the first time the word "festooning" has been used in this blog. You're welcome.) 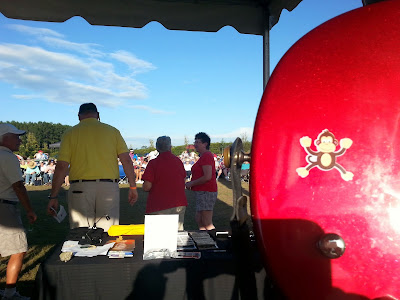 Experienced readers of this blog will recognize the appearance of the monkey on WannaBeatle Bryan's red guitar, and this way of saying hello to granddaughter Ella, who provided that playful sticker.

WannaBeatle David took this panorama shot of the entire area in front, beside, and behind the stage, including a view of the tennis courts.

We played for the last remaining 90 minutes of daylight, which was followed by a fireworks display. Playing outdoors gave it a festival atmosphere. We had dancers forming lines, and  one man who did his own psychedelic interpretation of "Lucy In The Sky With Diamonds" in front of the stage.

After the fireworks, we packed up with Brian and Lance and went back to our rooms at the nearby Candlewood Suites, ending a satisfying Saturday.

GOING TO THE BEACH

Sunday morning we rose knowing we had a long drive back to Nashville.

Dennis had commented the previous day, "We've been to Hilton Head three times, and all we see is the hotel and the venue. I want to see the beach." We didn't really have time for anything other than setting up and playing on Saturday.

So Sunday morning, after some discussion (a WannaBeatles tradition,) it was determined that rather than heading straight home, we could head 12 miles east and visit the beach.

It was worth it. Hilton Head is a beautiful destination, we had free parking, and it was a beautiful morning. 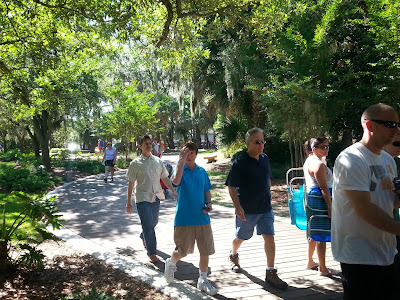 It was a couple of blocks from our free parking place to the beach, along a winding wooden walkway among tropical trees.

We'd heard the sand on the beach was packed down hard, so that people could ride bicycles along the beach. 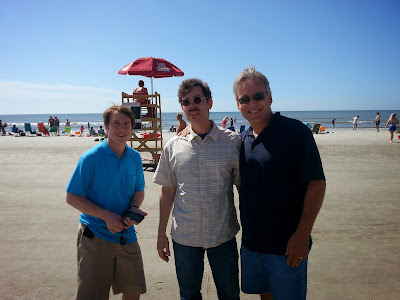 Dennis, Nathan and David on the beach

Once we saw the ocean, WannaBeatle Bryan couldn't resist taking off his shoes and getting his feet wet. We asked someone to take a picture of all four of us, then we texted it to our various mothers as a modern Mother's Day greeting. 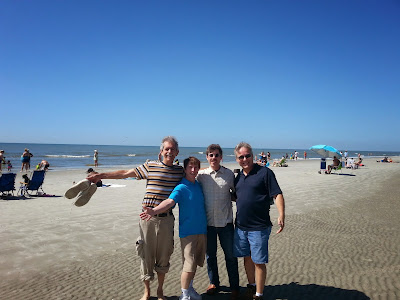 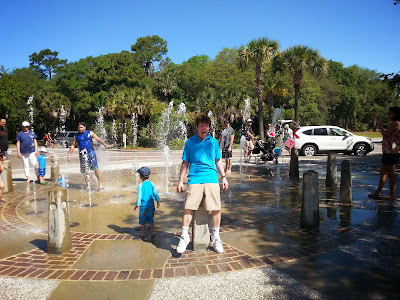 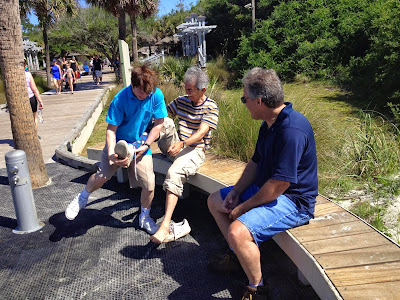 Dennis helping Bryan with his shoe

We only had a few minutes at the beach, but it was beautiful. Then it was back to the Tundra, and David driving us back up to Nashville.

WannaBeatle Nathan took this shot of us stopping at McDonalds for breakfast. 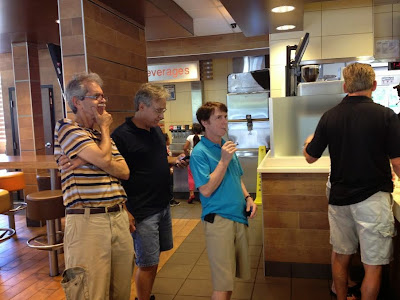 WannaBeatles at McDonald's, making up their mind

It was a long way down and back, but a beautiful time at Hilton Head, thanks to Sun City, at least two Brians, and a fine Tundra pickup.

The WannaBeatles are grateful for our travel opportunities, and looking forward to Abbey Road on the River this weekend in Louisville.

Posted by The Wannabeatles at 6:05 AM