Puckett's Grocery in Franklin is one of our favorite places. Over the years, it's probably the one stage we've played more than any other, and we always get a good response from the audience.

In February, we played there on a Friday night, then drove to Spring City, Tennessee the next day, for a show at the Tennessee Valley Theater.

We have a very brief photo essay to give you at least a small idea of what we experienced.

Here's the sign on the wall at Puckett's letting people know what to expect. 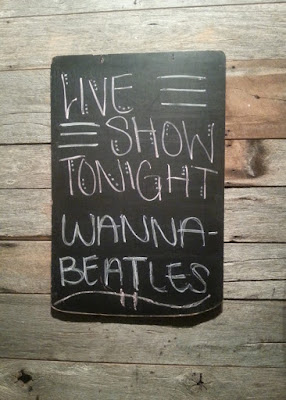 Among the few photos, we have some happy faces. 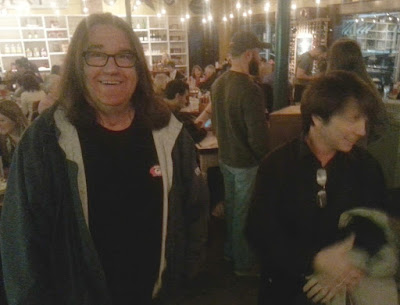 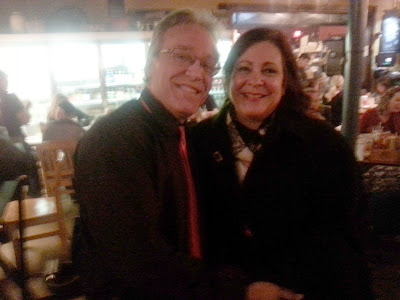 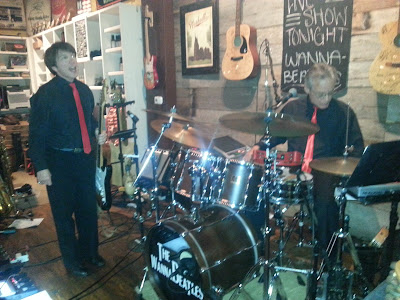 Dennis and David setting up on the cozy stage

All the really fun stuff that happened that night, like audience members coming up to the stage to dance along with the music, is not captured by the camera, because the photographer was busy playing music at the time.

This is the standard implied Bloggin' Bryan disclaimer, the terms of which by reading this blog you hereby accept.

So let's move on to Saturday, and the tiny hamlet of Spring City, which has a small but active theater.

We've played there before, and always enjoy traveling through the lush terrain, as the narrow highway beyond Crossville winds through the highlands down into the valley.

As we arrive, we see again the outside wall of the theater, which has been painted with an imaginative mural, depicting the creative intentions of those who run it. 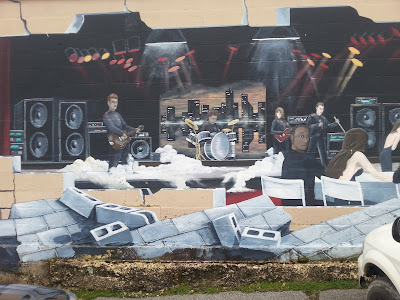 The cinder blocks are painted onto the cinderblock wall

We're glad to be there, because the people who run this place cultivate a distinctive local appreciation for music and theater, blessing not only their community, but performers like us who visit. 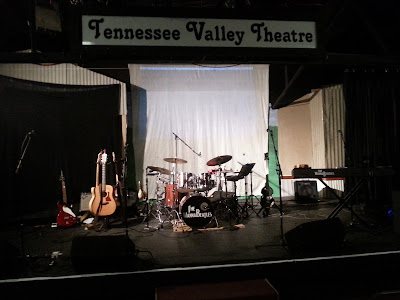 Our set up onstage

The corrugated tin visible on the stage is part of a set that was built to resemble a mobile home, for an upcoming production of an new original play called "Fat Shirley's Trailer Park Opera."

We were glad our equipment could fit alongside the set, and intrigued to find that original local plays are being written and produced.

Our dressing room was filled with features that are found backstage in thousands of theaters, the various props and costumes that comprise the tools of the actor's trade. 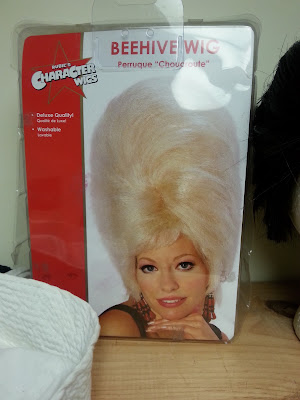 It's fun to imagine the sort of musical for which this beehive hairdo might be necessary.

But with words, we can say we enjoy playing at the Tennessee Valley Theater, and we can tell that the people there enjoy seeing us.

So we'll be happy to return.