Groucho Marx has a line about Tuscaloosa involving an elaborate pun about elephants. This blog is about The WannaBeatles' first visit to that city, and if Groucho helps you remember the name, then we're happy to welcome him to our team.

We had played in Alabama before, but going to the home of the University of Alabama felt like we had reached the heart of the state. They take their football very seriously. And the fraternities and sororities take their parties seriously.

The show was booked through a new friend, Trey Myers, who runs Turnipblood Entertainment, which specializes in shows for college audiences. This particular opportunity was a 60's costume party sponsored by Kappa Delta sorority at University of Alabama, held in one of the larger local clubs, called Druid City Music Hall.

The gig started as usual with us meeting to load our equipment into a trailer. For this particular trip, we met at the U-Haul place in Franklin, conveniently located near I-65, the road that leads straight south into Alabama. 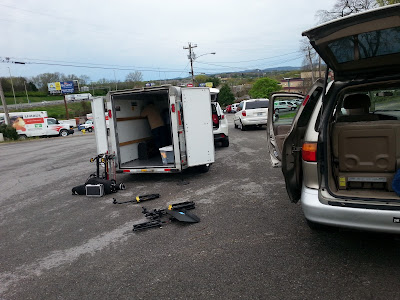 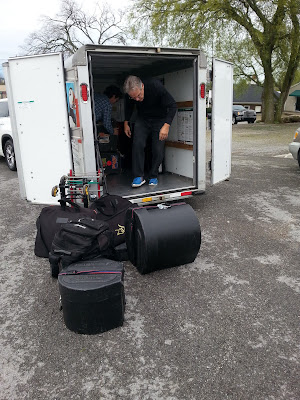 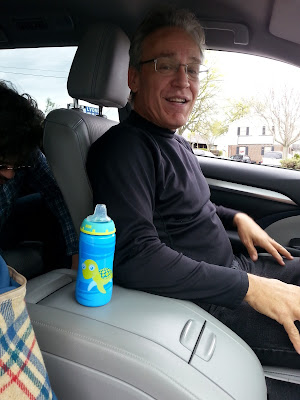 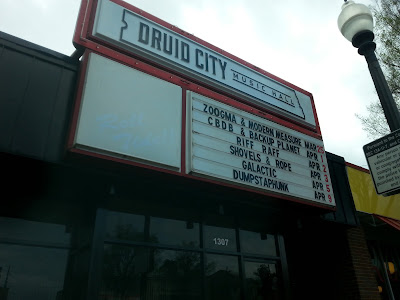 Sign on the club, listing some of the other acts playing there

Druid City is a modern rock club, with a large dance floor in front of the stage, two projection screens on either side, and an elaborate sound and light system. 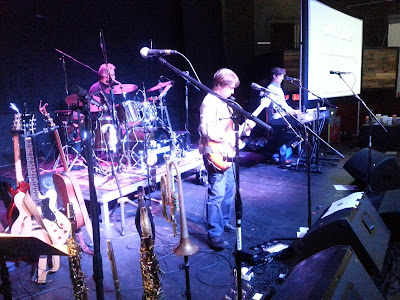 Checking sounds for our elaborate set up 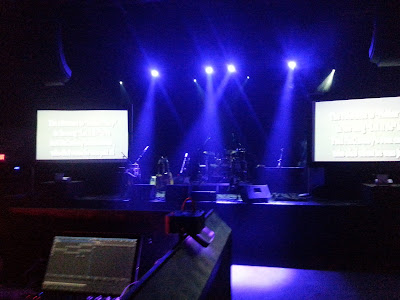 A view from sound board

We ate supper at a Greek restaurant across the street from the club, then had just enough time to get to our rooms at the Holiday Inn Express to change before the show. 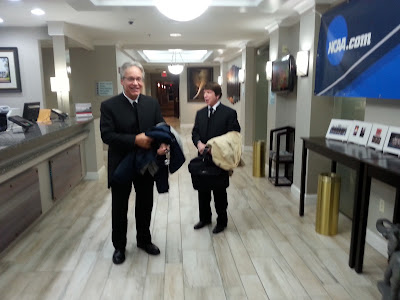 Dressed and ready to go the gig

Because we were coordinating with video, WannaBeatle David was fitted with ear buds to hear his guiding cues. 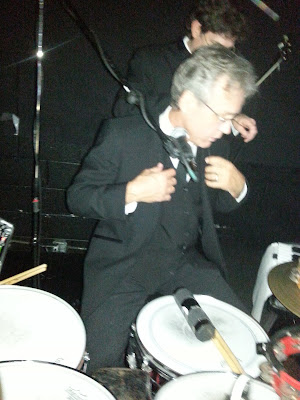 We were impressed with the energy of the evening, when the 400 members of Kappa Delta, with their dates, showed up in costumes, ready to party.

It looked and felt like a rock show. The sound and lights really made it impressive. There was a crowd in front of the stage who danced the whole night. We hardly recognized ourselves in the Twitter photo that Turnipblood posted. 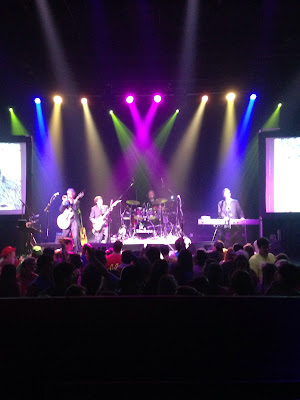 Staying at the local Holiday Inn Express has become a WannaBeatles tradition, as the hotel benefits from our creative promotional efforts as we simultaneously benefit from their complimentary rooms.

In other words, the next morning, we dressed in a different WannaBeatles outfit to perform a quick song in their lobby, which was recorded for posting on Facebook. Our enthusiasm drew several staff members into the song, which increased the fun and energy of our performance.

The warm-up versions, with out takes,
as recorded on cell phone 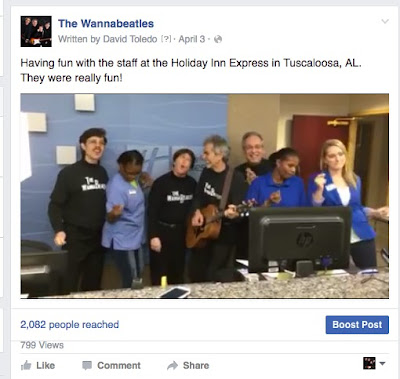 That was a great way to finish our visit to Tuscaloosa.

Thanks to Trey at Turnipblood for a great gig, and the Holiday Inn Express for great rooms. And what better way to say thanks to Tuscaloosa than "Roll Tide!"