Saturday July 9 was still close enough to the Fourth to justify a patriotic title for the show we played that night in White House, Tennessee, which they called their "Americana Celebration."

The event was produced by the White House Area Chamber of Commerce, at the White House Soccer complex, where they had constructed a stage in the middle of the field, with a tent to protect from heat or rain.

In this particular case, the stage was not accessible by car, so we parked on the edge of the field, then depended on our carts and the golf carts provided by the event to get our gear to the stage. 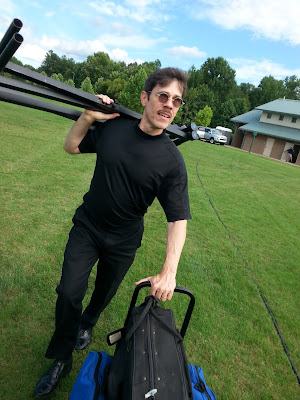 Nathan demonstrates his New England character,
working hard, doing what needs to be done without complaining. We love Nathan. 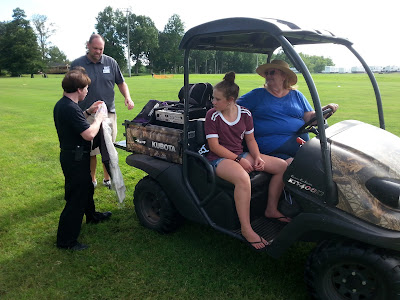 Dennis had the services of a camo-covered
Kubota golf cart 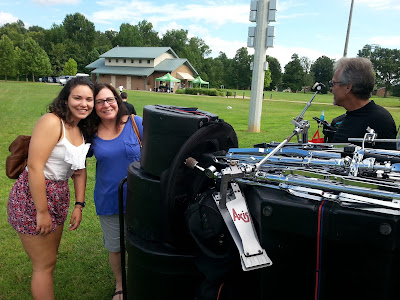 Shaina and Alice Toledo helping to load dad's drums. The building in the background shows the distance
we had to haul our gear 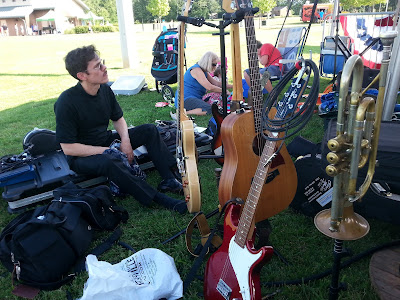 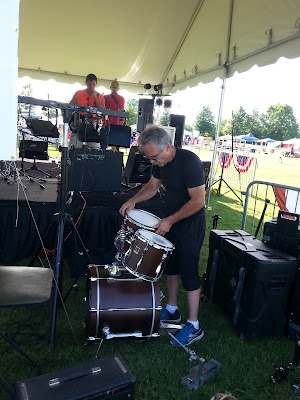 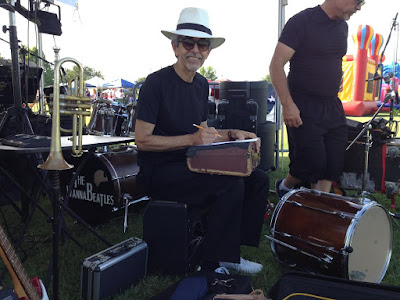 And here's Bloggin' Bryan, marking up his set list
on his cornet case, photo by Nathan

We were among several bands each playing an hour. That required each band to get on and off stage quickly, which meant getting most of our gear set up backstage, ready for the quick change. 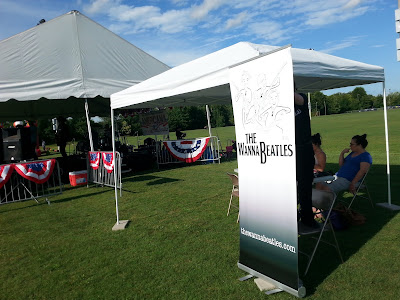 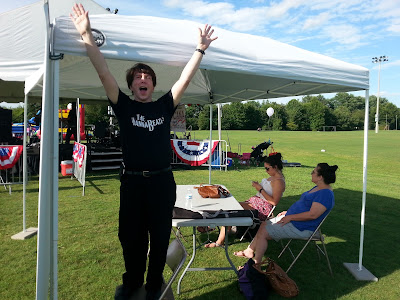 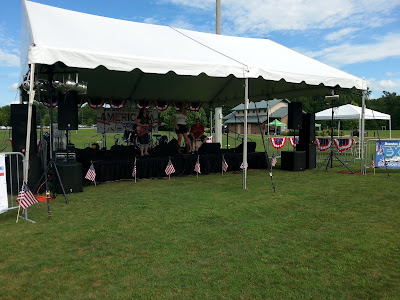 The opening act under the tent 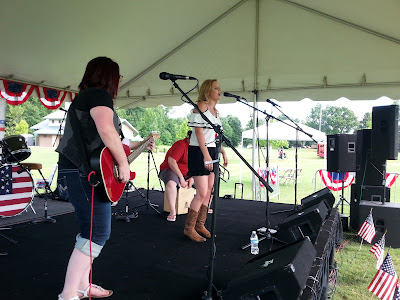 And a closer view of American Idol contestant Brandy Neely

Our sound man that day was Larry Gregory, whom we've known for years, since we played the Whippoorwill up in Gallatin. Larry also runs sound for lots of other local shows on that part of town. You'll see some better photos of Larry in action when we post the blog about Portland, which came a week after White House.

Our set was at 6:30, pretty early in the evening. We played our allotted hour, delivering Beatles favorites to the local crowd, then had to get off quickly to make room for the featured act for the evening, American Idol finalist Clark Beckham.

We discovered that the bass player in his band we had met before, as a sound tech in Alcoa, TN, back in January, when we had played a corporate party for Clayton Homes.

So The WannaBeatles played another Fourth of July event, carrying our gear back to the parking lot before Clark finished his set, so this time we didn't see and hear the fireworks until we were driving south on I-65. Working in the summer sun takes energy, but we felt gratified to have played another fun show.

Posted by The Wannabeatles at 1:08 PM