Years ago, before this blog started, The WannaBeatles rehearsed on Monday nights. I remember one of those nights driving home from Dennis’s house around 11 pm, turning on the radio, and catching this cool show on FM 100. It was an interview show, with the guy who produced Taylor Swift’s records talking about his experience in the studio.

This was my introduction to Music Business Radio. It was a breath of fresh air, a special program for and about musicians. Their on-air tag line is “your backstage pass to the music business.”

Maybe it was just a matter of time. Maybe after interviewing hundreds of guests, they ran out of more worthy candidates. Maybe our local reputation finally crept into their radar. Whatever the reason, this year The WannaBeatles were invited onto the show.

July 12 was the first day they offered where we were available. I was teaching at Jam Camp by then, which meant I had to ask for permission to leave early to make it to the Radio Lightning studio by 4 pm.

After arriving at their office in the Marathon Village complex downtown, we crammed into a small room, where our host David Hooper sat at a mic, and three WannaBeatles (David was unavailable) occupied chairs, sharing two other mics, while an engineer running Protools recorded us for the next two hours. 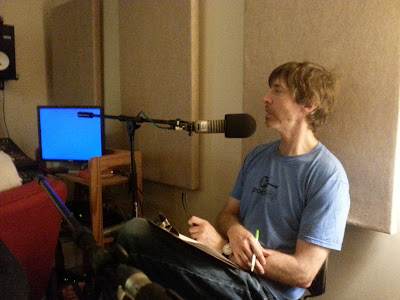 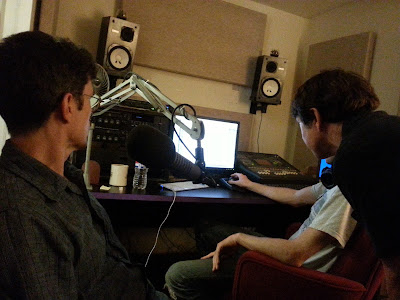 David Hooper is a very alert interviewer. Everyone in the music business has a unique story, and David knows how to dig for details that make it interesting.

After we finished, we posed in their lobby with David and the engineer for a group shot. 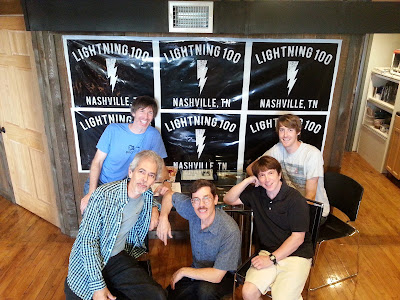 Three WannaBeatles with David Hooper and our engineer

The show we taped was broadcast a few weeks later, and we heard from friends that they heard us on the radio. I didn’t find out about it until after it was over; I still haven’t heard it.

There’s a Music Business Radio website where the archived interviews are stored on Soundcloud, but ours hasn’t been posted yet.

But we are grateful to David Hooper and Radio Lightining for having us on Music Business Radio.