That distinction became more vivid to me when I looked at the photos Peg Fredi took of the WannaBeatles from some of our recent shows. She was onstage with us, swept up in the energy, and caught things I've never seen before.

Let's let the photos do the talking. 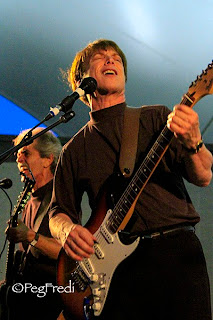 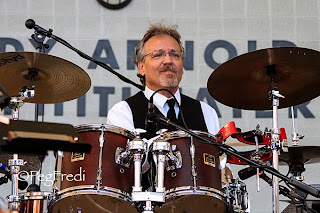 Dave on the drums. He's not smiling because it's hot and he has to wear long sleeves, vest, and tie. 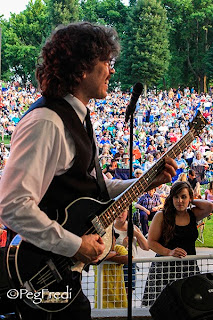 Nathan on his Hofner (which he only started to play after he joined The WannaBeatles....great "can do" attitude, along with plenty of talent.) 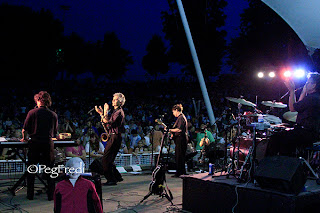 During "Oobla-Di" I moved to a different mic, and Dave and I both clapped for the intro - Peg caught that moment. 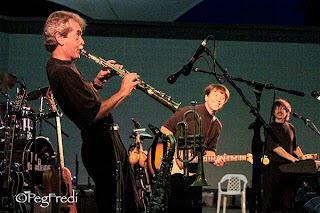 Here's the famous high note of "Penny Lane," Dennis smiling as I lean back to get the note.

Here's one from Red Caboose Park, in Bellevue, showing all four of us up at the front of the stage, during the singalong chorus of "You've Got To Hide Your Love Away." 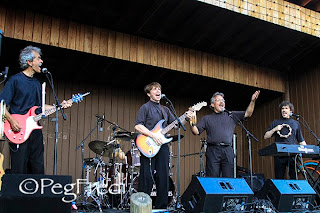 It was at that concert that I had a chance to talk to Peg, and appreciate some of the depth of her experience and creative energy. She teaches a class in creative arts at Cumberland University; she brought members of her class to the concert. Years ago, she was a musician, having played French horn for a while in the Chattanooga Symphony.

Peg suggests that the name of our band should be "The WannaBeatles, or Guys Just Wanna Have Fun." It seems like she captures a lot of that energy, in a way it's never been captured before.

Here's one more shot that catches us rockin' at Crockett... 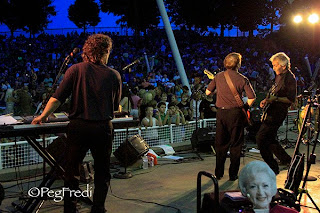 Thanks, Peg, for bringing us your vision of us, and energizing us in the process!

Posted by The Wannabeatles at 8:02 AM