During our trip to Virginia, we received a call from our friend Kent Burnside, who told us about a fund-raising event, to be held the following Satruday, to help a family whose child was afflicted with a debilitating disease called epidermolysis bullosa.

Kent was calling on behalf of Gary Talley, a well known local musician, guitar teacher, and pop music veteran (the Box Tops) who knew the family.

In speaking to Gary, we saw he was deeply moved by the situation, and motivated to help, so we felt compelled to offer our support.

That meant making a commitment to appear the following Saturday night, along with Gary, and several other performers, at La Hacienda in Franklin.

The evening  included a silent auction, along with several bands playing to help raise money.

The situation meant scaling down our expectations a bit. Gary took care of the backline, which meant that drums and amps would already be set up. That meant we could do an abbreviated set, with Nathan playing only bass. 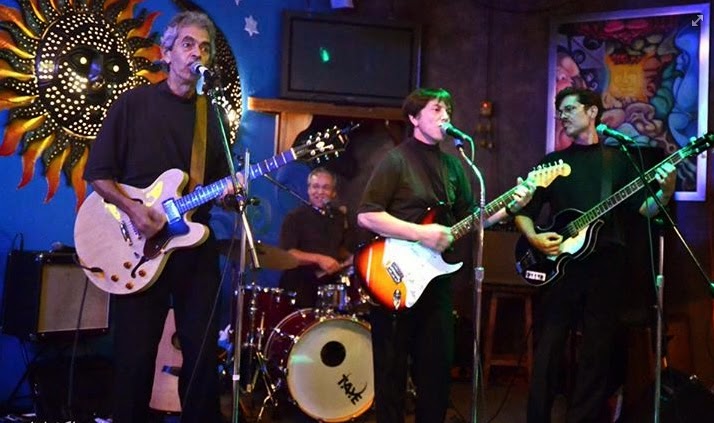 Bryan, David, Dennis and Nathan
in our informal summer attire 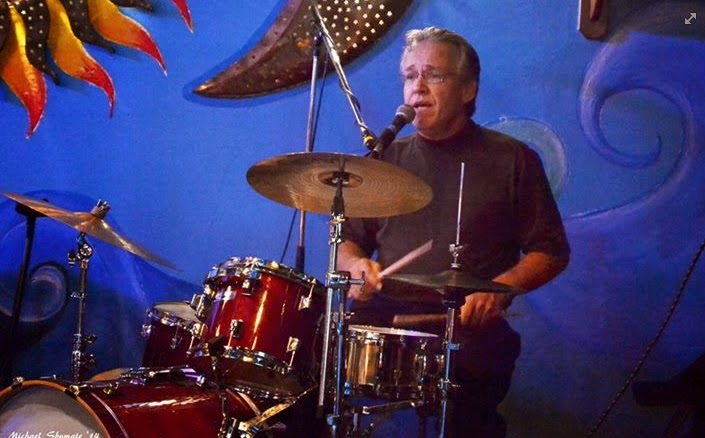 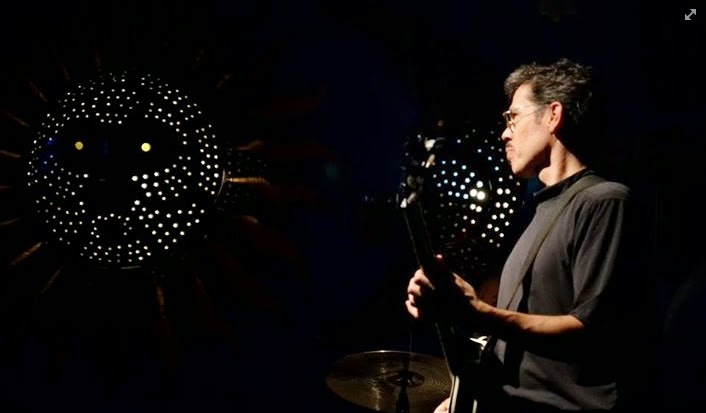 It was a rainy night. But there was a good turnout, and plenty of old friends. The main one for us was Jim Hayden, the original keyboardist for The WannaBeatles.

Jim has been playing around a lot, as a solo pianist and a member of his original band Peter Pandemic.

He also plays in a duo with guitarist Larry Winslow, and they performed at La Hacienda that night, doing a selection of very tasty pop songs, like Todd Rundgren's "Hello It's Me." 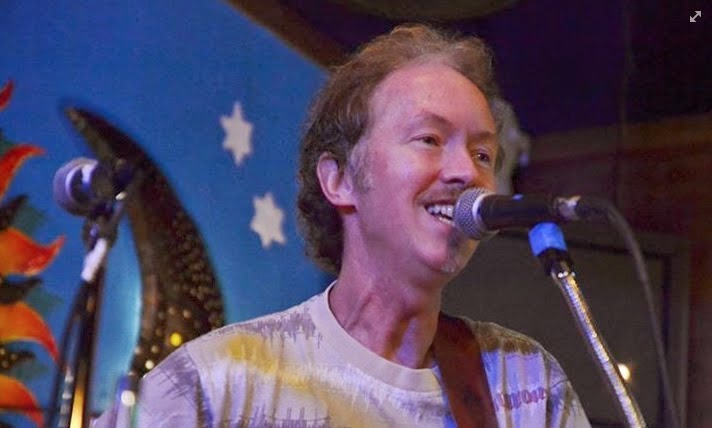 They also had Wanda Shepherd, of The Chill  Band,  joining them onstage singing and playing flute on "California Dreaming." 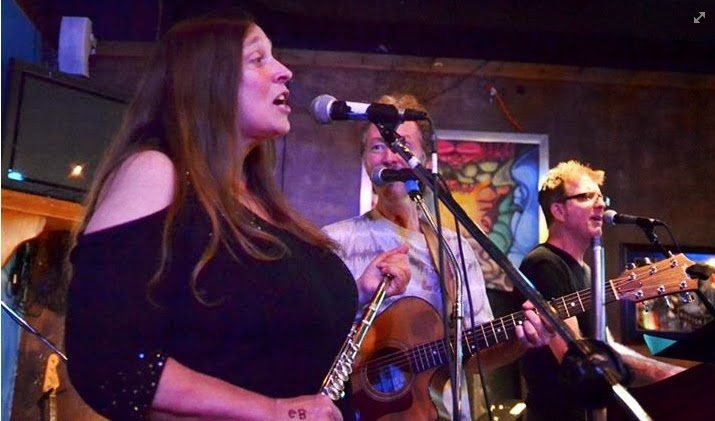 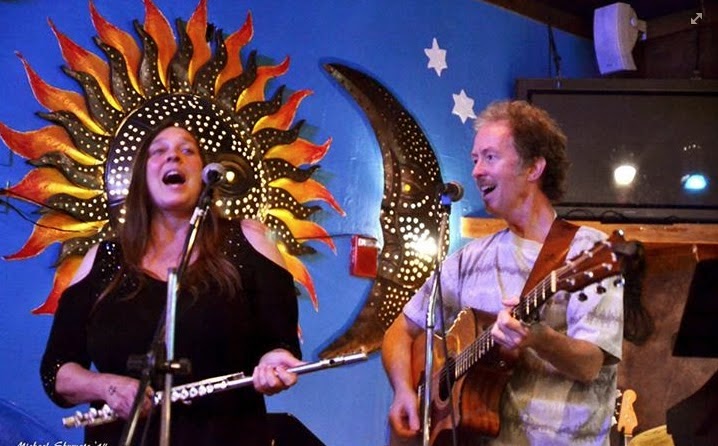 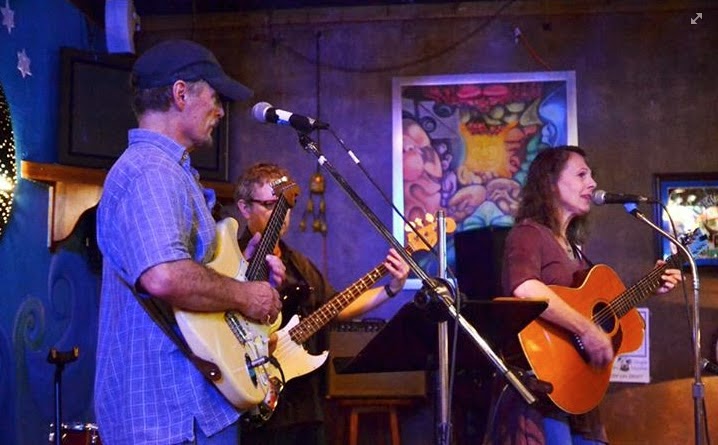 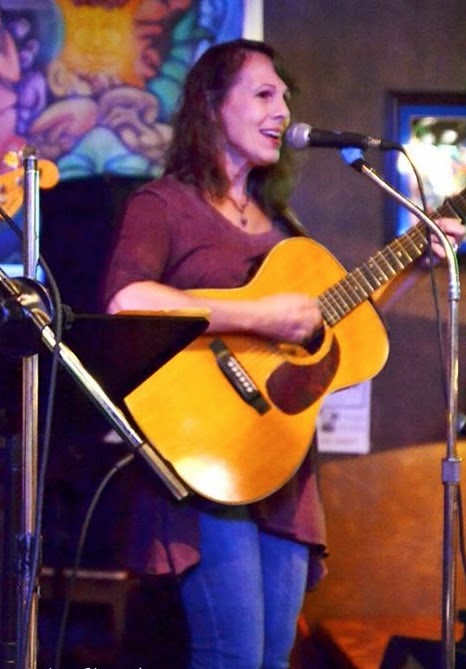 Thanks to Michael Shumate for these photos!

We also appreciate Gary Talley - not only a fine musician, with a generous heart, but also providing lots of technical support throughout the evening. I got to play through his Line 6 guitar amp, and I'd love to try that again some time.

Other friends attending that evening included Barb Deniston from Hippie Radio and Laura Hill from The Jam Camp.

We're glad we could participate. Thanks to Gary and La Hacienda for making the EB Awareness Benefit Concert a reality.

Posted by The Wannabeatles at 7:29 PM