On Sept 5, The WannaBeatles returned to the "Moosic Stage" at the Tennessee State Fair, right between the Corn Dogs and the Pig Contest.

It's an annual tradition, underscored this year by the surprise of seeing our photo in the Nashville Scene. 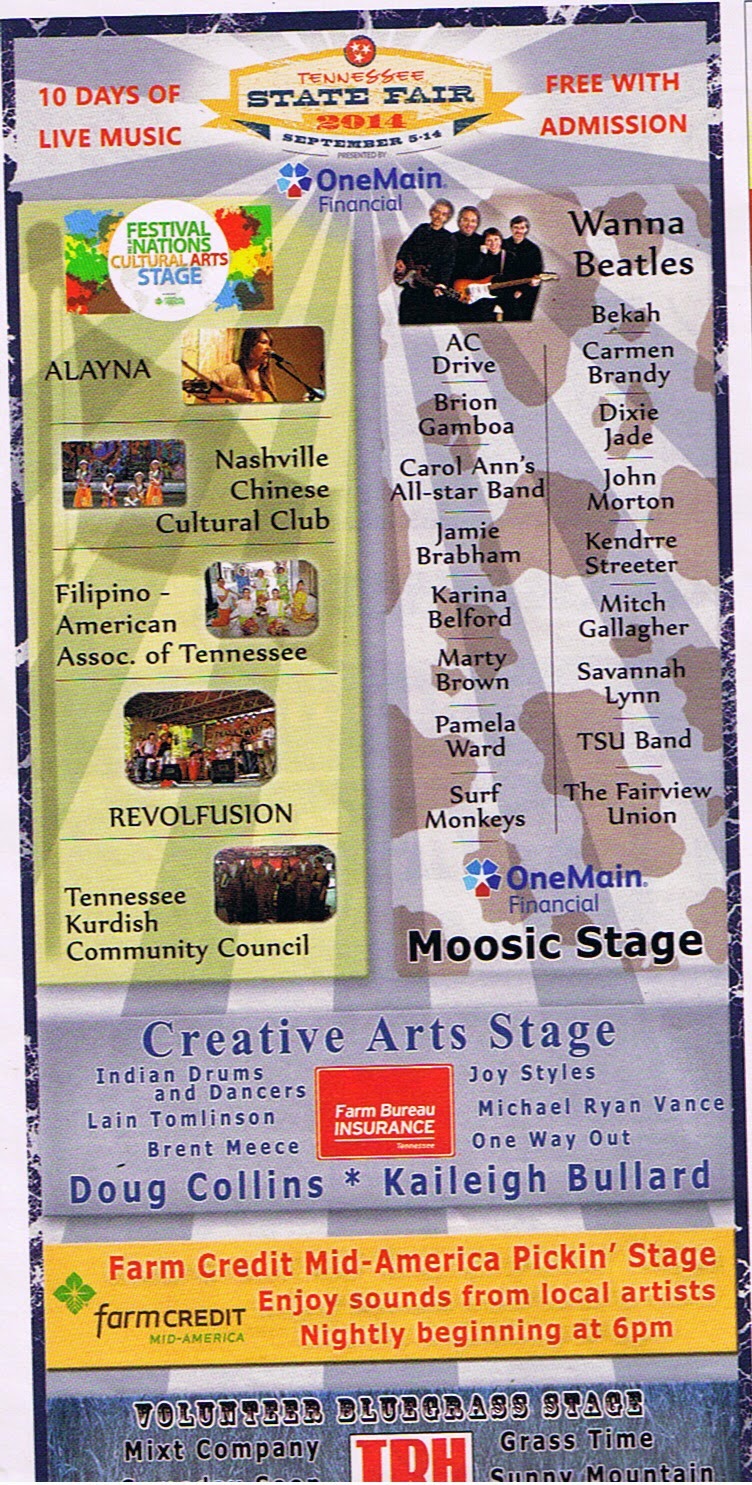 There's no other gig quite like the State Fair.

This year it was more complicated than usual getting to the stage, with a variety of possible entrance gates, new concrete barriers preventing the passage of golf carts, and different people calling each other on walkie-talkies keeping the lines of authority sufficiently blurry.

Getting to the stage became such a guessing game that, during one of my cell phone calls updating my progress, Nathan announced his intention to take my photo when I finally arrived. 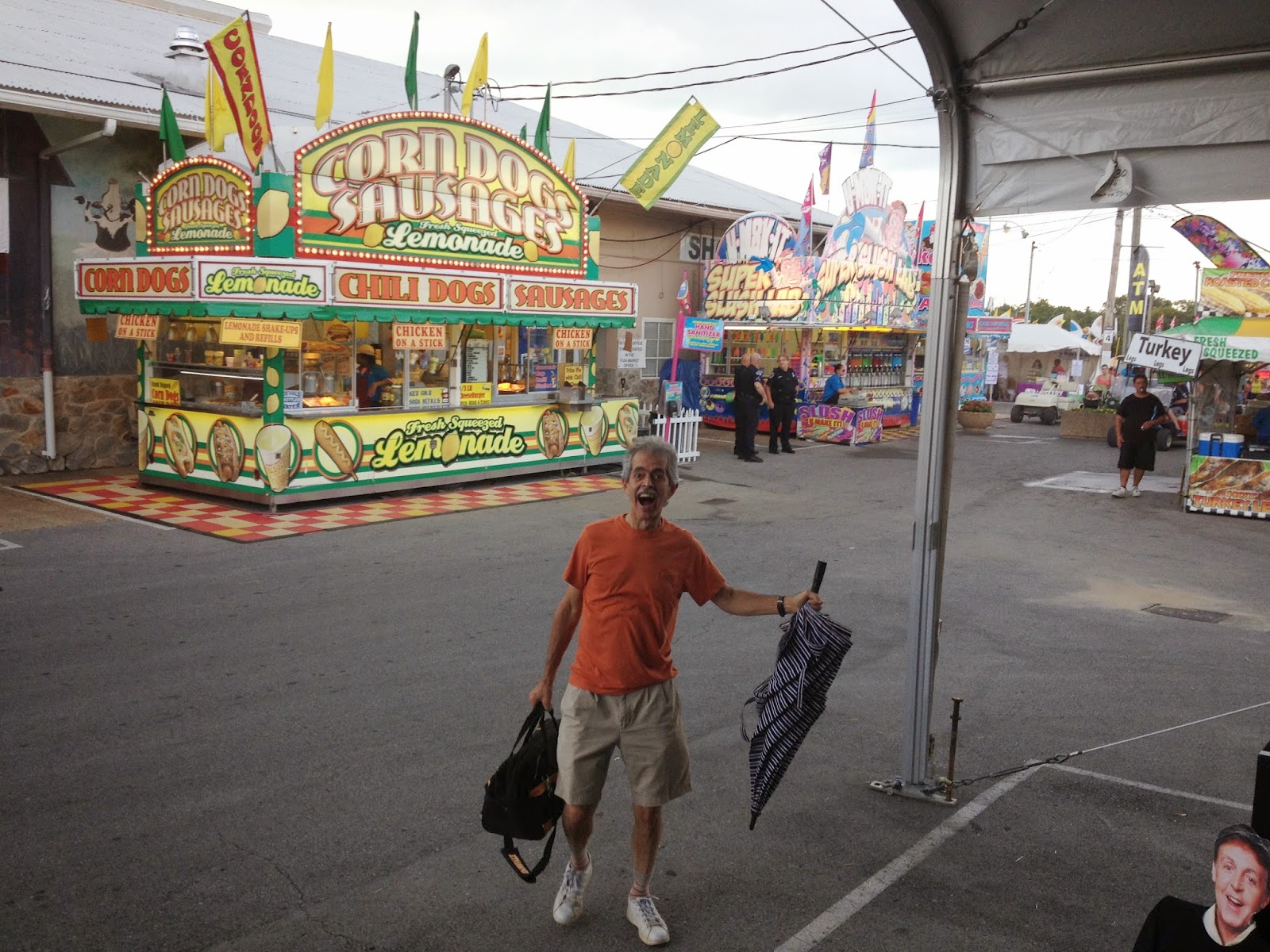 It also rained briefly, but the stage was under a tarp, so that was not a big deal. We got our gear set up, and our merch table too, this time overseen by our friend Jill Peek.

While setting up, we were approached by a woman who wanted to borrow a microphone from us. Her name was December. She told us she was calling the Pig contest, and both her microphones had stopped working.

Dennis became the Good Samaritan, lending her a microphone and cable from our supply, so that she could go on with her own show. 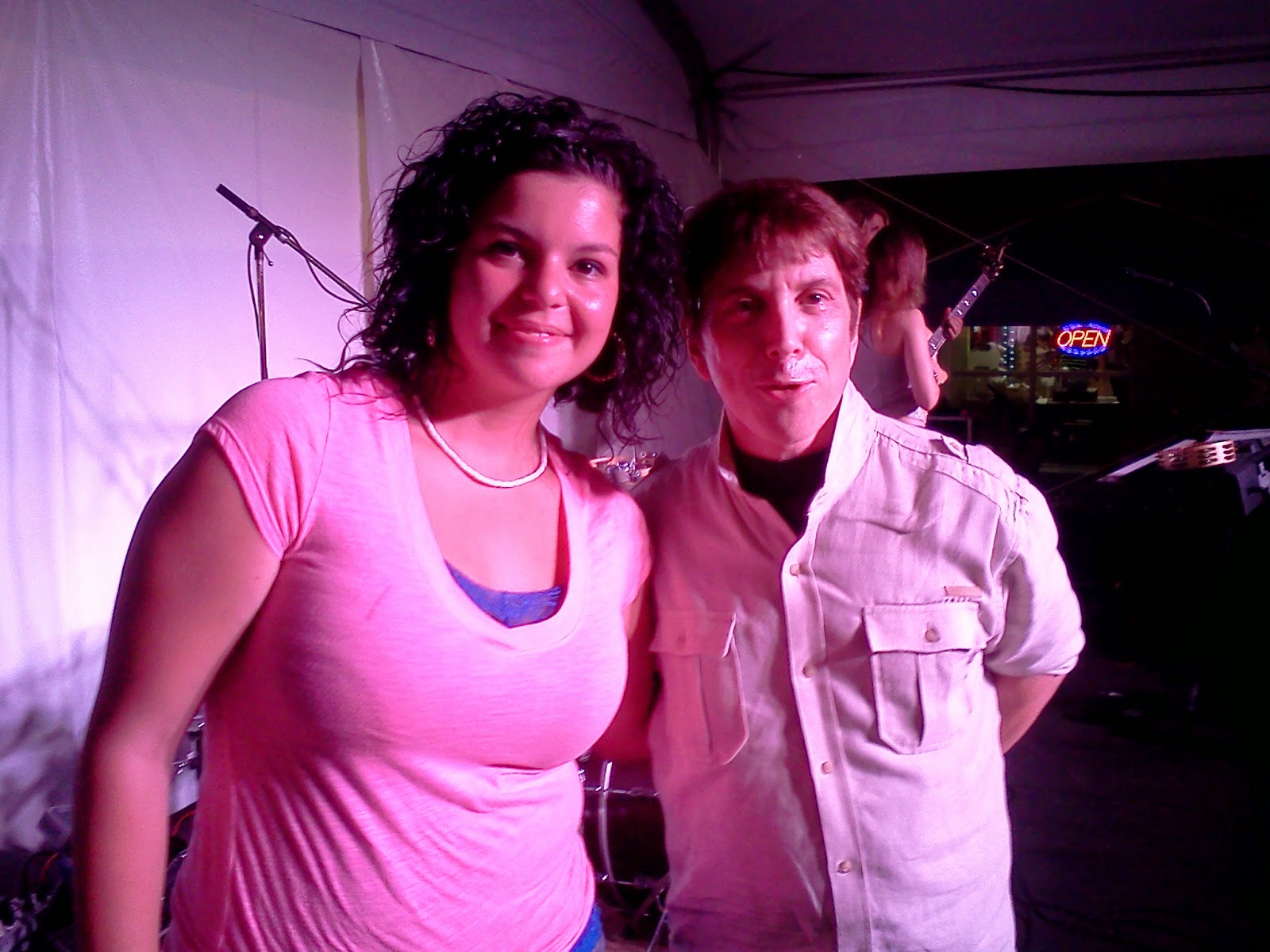 We were glad to make our small contribution to the animal entertainment portion of the fair, and glad to see our microphone again when December returned it to us.

The Moosic stage is set up facing wooden bleachers for the audience. We were glad to see a few fans among the crowd, wearing WannaBeatles tee shirts.

As previously mentioned in this blog, The WannaBeatles appreciate the support of local Beatles authority Richard Courtney. We have a banner with his name on it which we display when we can. At the State Fair, the stage setup didn't allow for it, but we were happy that night that we sold two copies of Richard Courtney's book, "Come Together: The Business Wisdom of the Beatles."

We also got to meet a new group, a female country duo called Dixie Jade, who performed brief sets between our sets. They were very professional performers, good singers, singing good songs they had written themselves. Turns out they're from California, but they're here giving Nashville a very good shot. 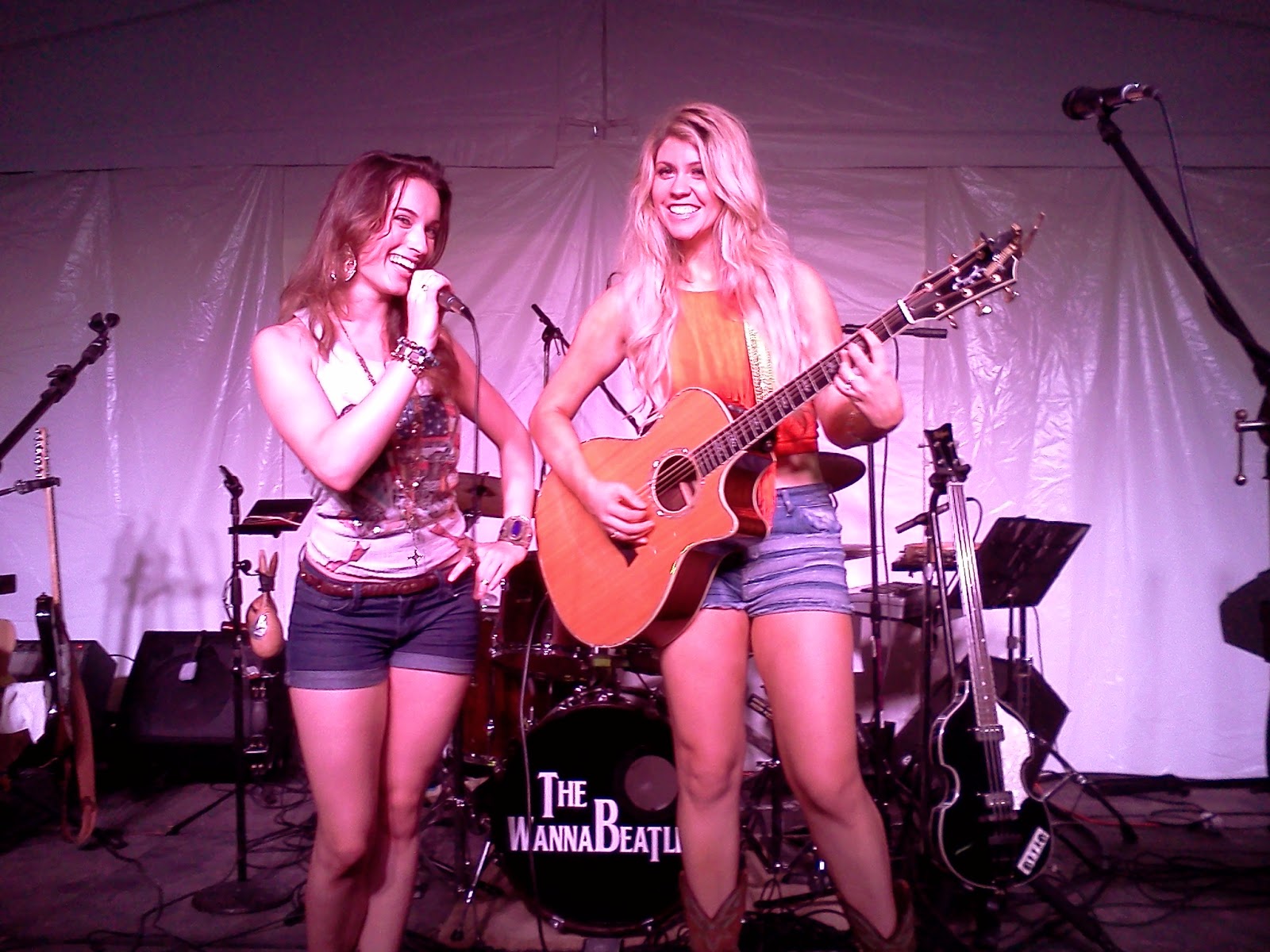 Dixie Jade onstage between our sets

We ate our pizza and funnel cakes, and gave the crowd a good show. It's good to be part of a great American tradition, at our own local fairgrounds.

Thanks to the Scene, our friends Richard Courtney and Jill Peek for all their support, best wishes to our new friend December, and keep an eye out for Dixie Jade. And stay tuned for blogs about the other fun gigs we did in September.

Posted by The Wannabeatles at 9:41 AM