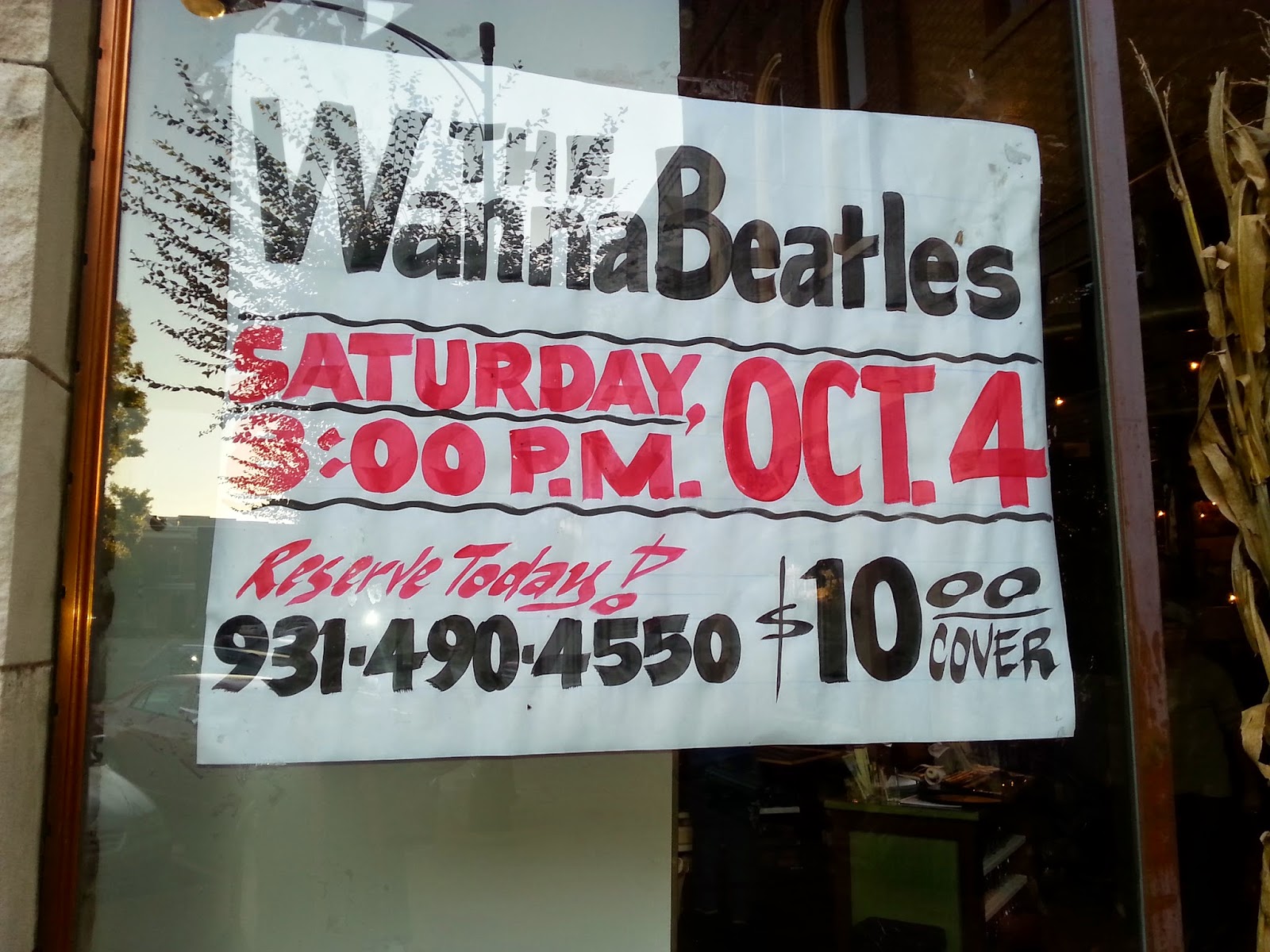 Here's the hand-painted sign they put in their window.

Columbia is a charming town with its dignified courthouse on the square, like so many other Southern towns. It was a beautiful afternoon when we arrived. 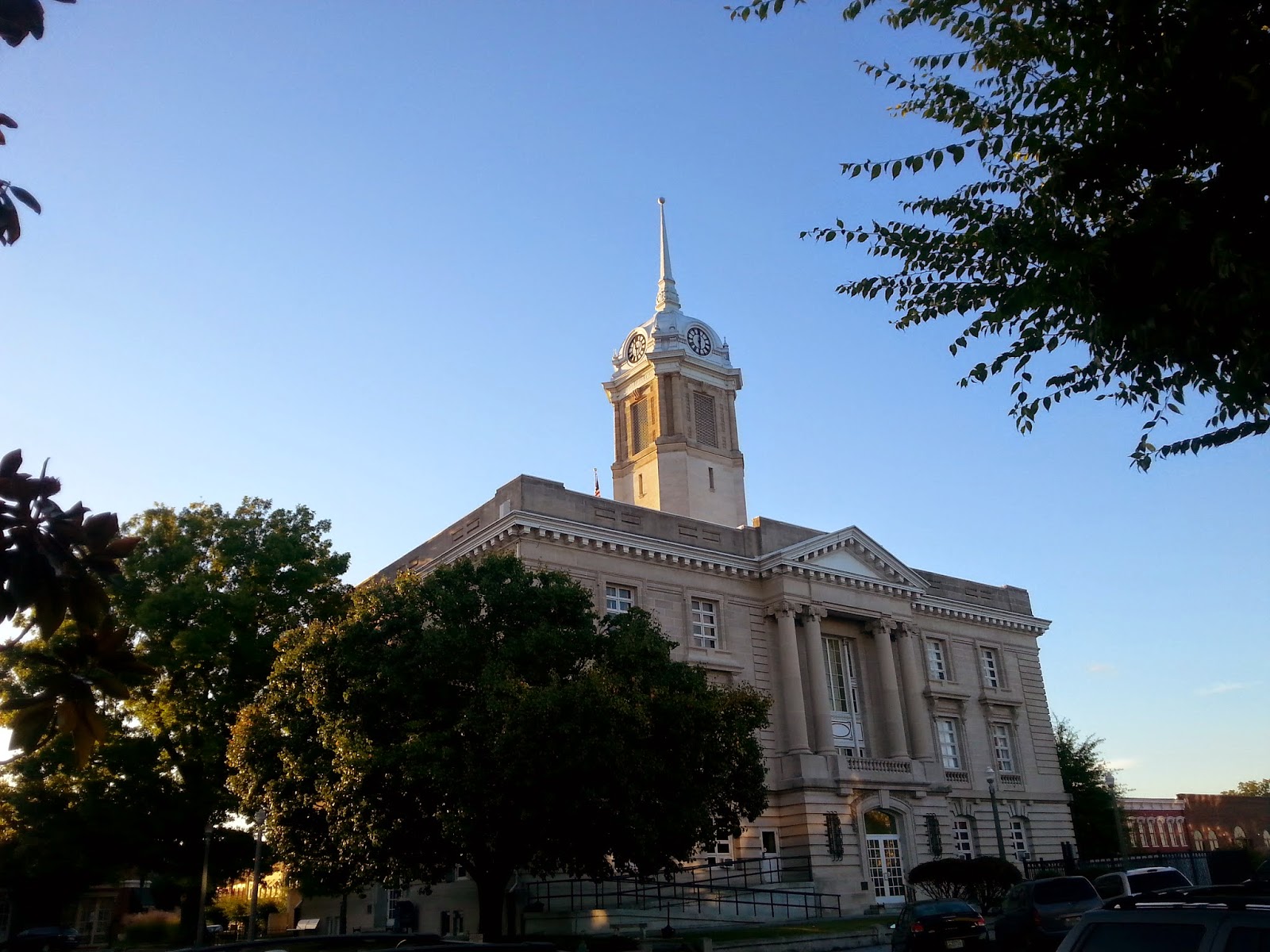 The view of the courthouse
from the sidewalk outside of Puckett's.

One thing that made this particular gig different was the presence of our "paperback writer," Sally Burbank.

Sally, the wife of WannaBeatle Nathan, is also a doctor and a writer. In addition to various magazine articles and Chicken Soup for the Soul contributions, she has written and published her first full-length book, "Patients I Will Never Forget." 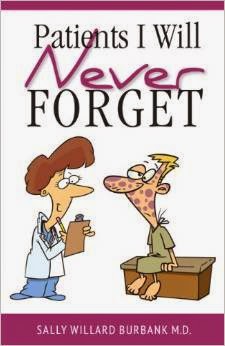 It's available at Amazon.

The book was released a few months ago, and we're happy to support Sally by offering her book at our merch table, alongside our tee shirts and bumper stickers. 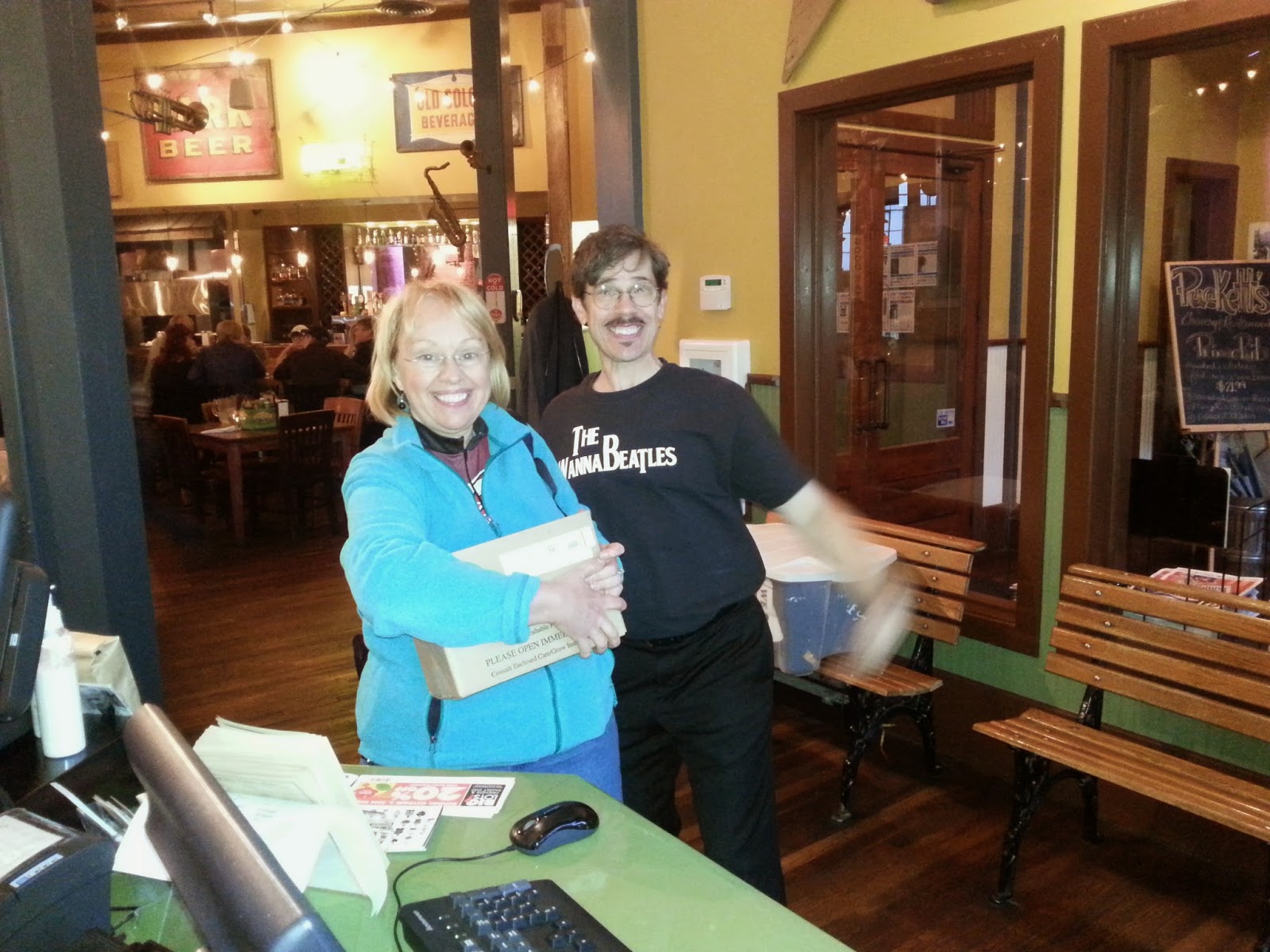 Sally's book being out also gives us a reason to play
"Paperback Writer," another cool Beatles song.

To make the evening even more memorable, Sally decided to ride her bike from Nashville to Columbia that afternoon. That's over forty miles, which is no small amount of exercise.

Nathan was her driver - the guy who spotted her in Columbia, and offered her a ride for the final mile of her journey.

Puckett's is nice enough to serve us dinner when we play there. This time, as we gathered around the table, we got to hear Sally's account of negotiating the various traffic patterns and construction sites along Highway 31 between Nashville and Columbia.

Some people think the music business is rough, but the example of a doctor who publishes her own book and tackles a forty-mile bicycle ride makes us look pretty wimpy. 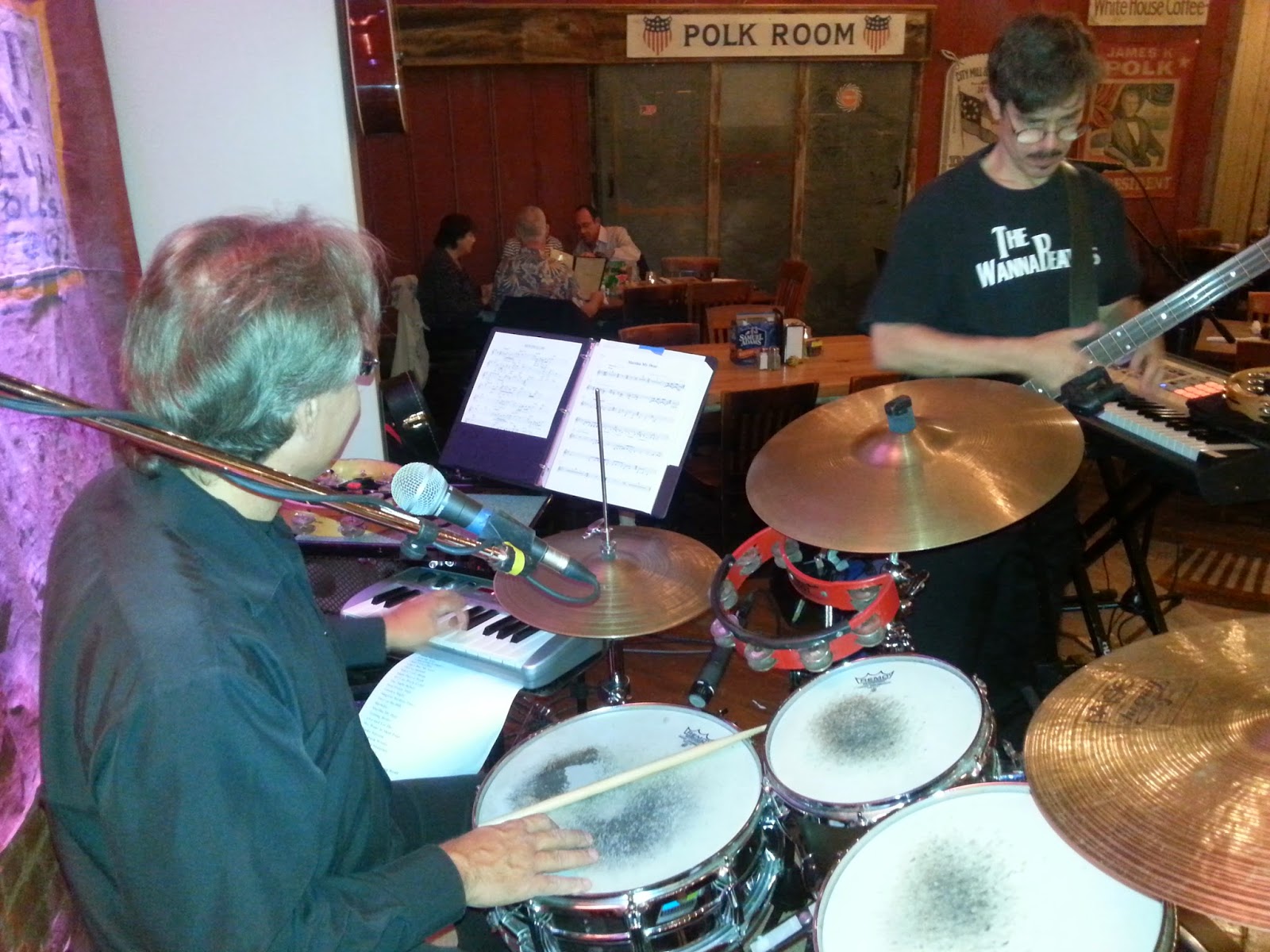 David and Nathan setting up onstage at Puckett's

We had a good night. We were proud to play "Paperback Writer" and announce Sally's new book. And we feel healthier, and a little bit exhausted, just thinking about that long bike ride.

Posted by The Wannabeatles at 12:01 PM