The recent Franklin, Indiana blog (30September2015) explained how the WannaBeatles had a long weekend, which would require three or four blogs to cover. That was Part One.

Welcome to Part Two of that series.

Part One contained a reference to our packing strategy for including luggage belonging to Eliza, the daughter of WannaBeatle Nathan. Eliza had recently moved into her apartment at American University, in Washington D.C., which is near Bethesda, Maryland, where we were playing August 29. Part Two includes the conclusion of that plan.

Part One covered Thursday, August 27, and our show that night at Historic Artcraft Theater in Franklin, Indiana. It ended after the show, as we left Franklin, heading east, toward Springfield, Ohio.

Springfield, Ohio was not an actual gig for us, but a convenient stop on the way between gigs. However, while we were there, we recorded a brief promotional video for the Hampton Inn, as part of a creative deal that WannaBeatle Dennis had negotiated.

And so, this installment of the series covers our travel day, from Springfield to Bethesda, covering parts of Ohio, West Virginia, Pennsylvania, Maryland, and D.C.

Video In The Lobby
We awoke that beautiful Friday morning, donned our black WannaBeatles tee shirts, and headed for the lobby of the Springfield Hampton Inn.

(For those unfamiliar with our "Fuzzy Series," these photos do not represent incompetence with a camera, but a distinct artistic vision. Thank you for your patience.) 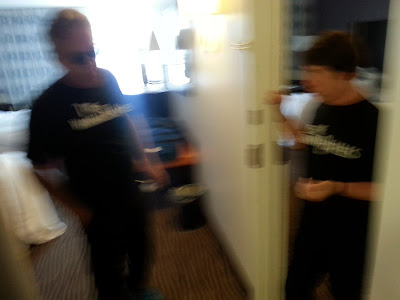 Fuzzy David and Dennis in the morning 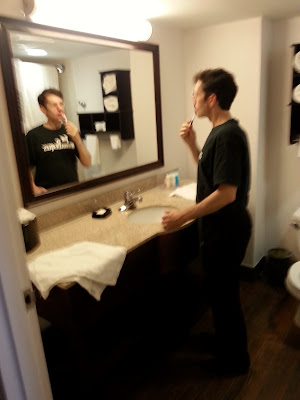 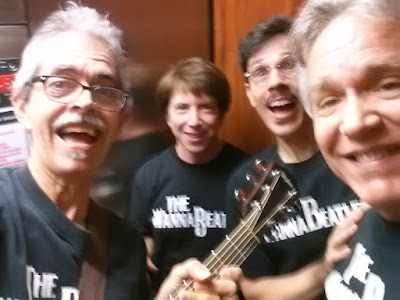 All four of us in the elevator on the way down
(does that remind anyone of an Aerosmith song?) 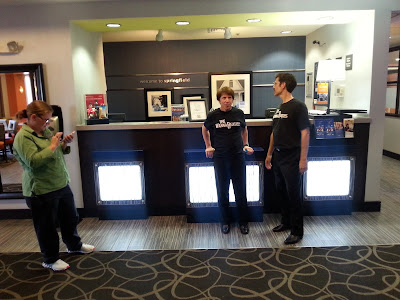 Dennis and Nathan in position, preparing for the shoot 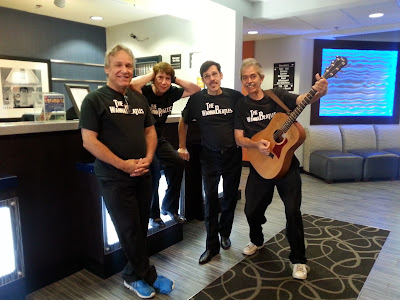 WannaBeatles ready for the shoot
(non regulation footwear allowed because
video would not show feet. A little showbiz secret.) 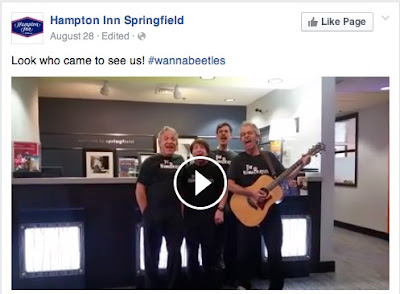 Hampton Inn put our little song on their Facebook page.

If you want to see and hear our Hampton Inn jingle, here's the link: https://www.facebook.com/hashtag/wannabeetles

Then we were ready to pack the truck and head east. 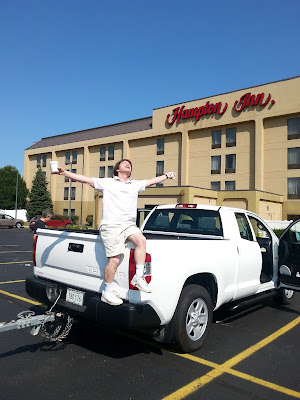 Dennis, with his morning coffee, embraces another travel day

With David in the driver's seat, we headed east across Ohio,
enjoying the scenery. 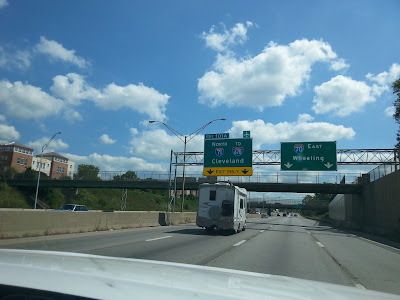 An exit for Cleveland 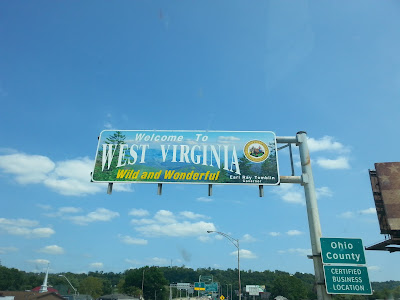 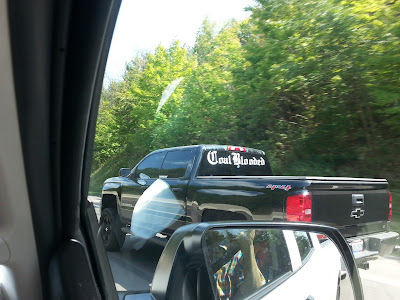 A touch of local color, a decal in a truck window
that says "Coal Blooded."

We arrived in D.C. before dark, and went straight to American University. There we met Eliza, and handed over the furniture of hers we were carrying in our trailer. 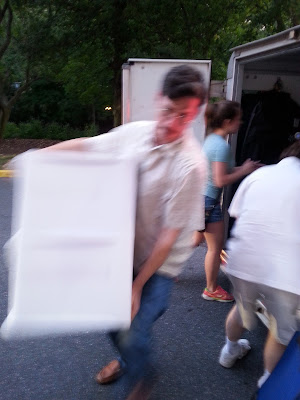 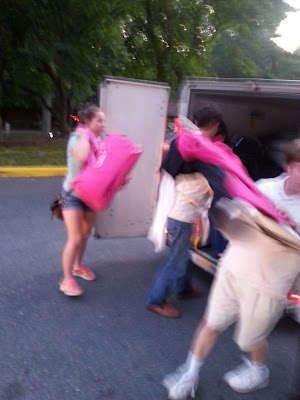 Pulling Eliza's things out of the trailer 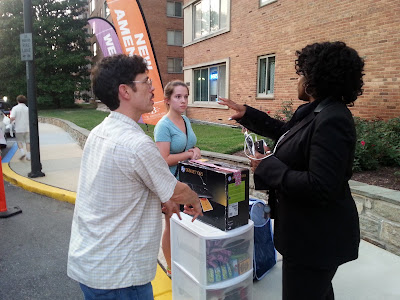 Nathan and Eliza listen and learn about parking regulations 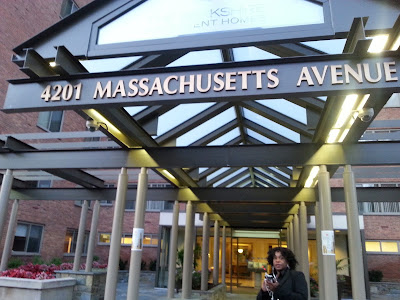 That concluded our business for the day. We drove up Massachusetts Ave. a few miles to Bethesda, checked in to the American Inn, then found a local Thai restaurant for a fine supper.

At the table next to us at the restaurant we met some local folks who became friends, inviting us to come sing on their lawn later that night. They also agreed to come to our show the next night.

Posted by The Wannabeatles at 10:27 AM