On Saturday September 12, The WannaBeatles went to Clifton, Tennessee, a lovely little town on the banks of the Cumberland River.

We were playing at their annual Riverbend Festival, on the Main Street stage. 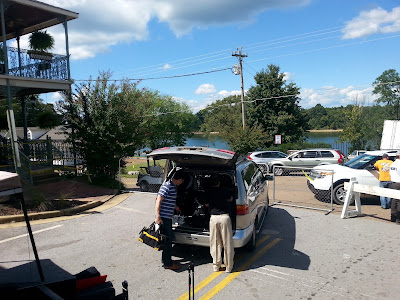 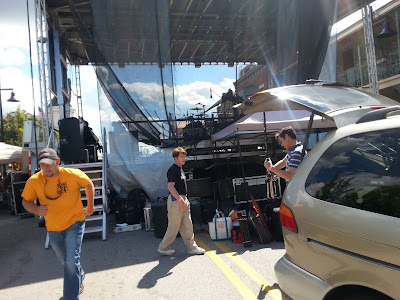 The other view: unloading backstage,
with a stage hand in a hurry 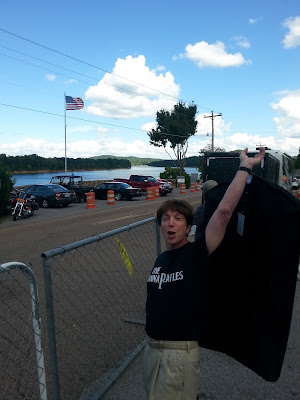 We had some extra time before our sound check, so Nathan and I took a stroll down Main Street. 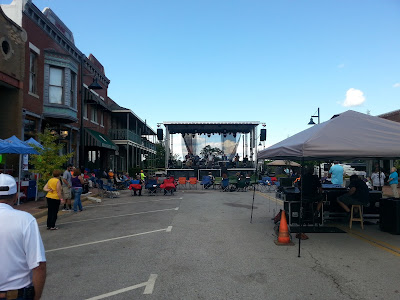 A view of the stage from behind the sound booth 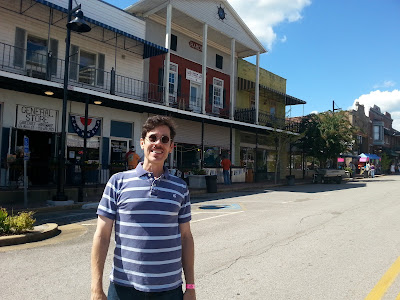 There were other bands playing the same stage, through the entire day. 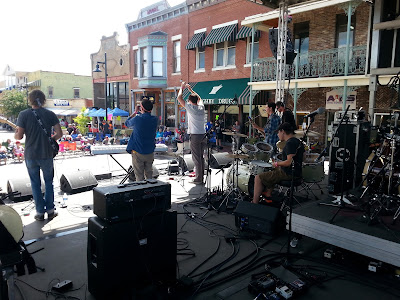 I took a photo of the monkey sticker on my guitar, a reminder of my granddaughter Ella, with a view of the river. 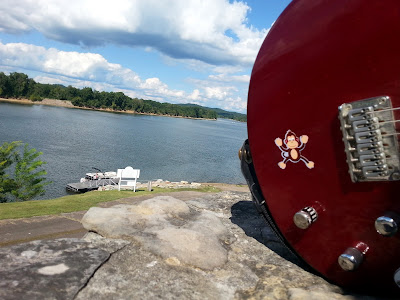 We had friendly local folks helping us with our merch table. 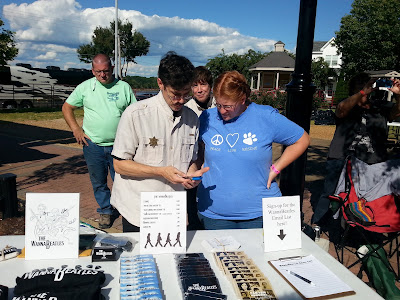 We tried setting up our new banner, but it was too windy. 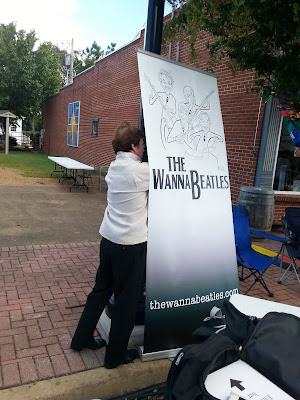 We were treated hospitably at a downtown restaurant called The Pirate's Lair, where they served all their performers a large classic Southern meal. 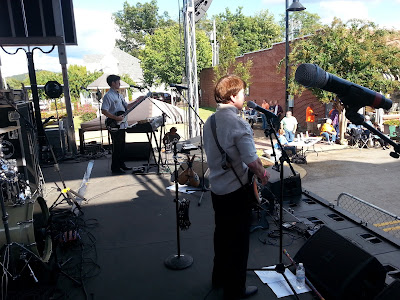 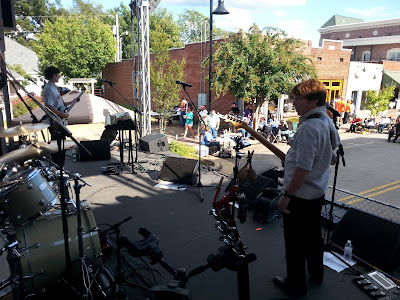 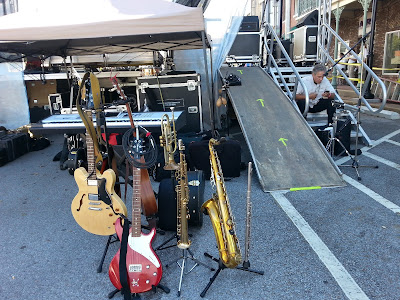 A pile of instruments ready to go onstage 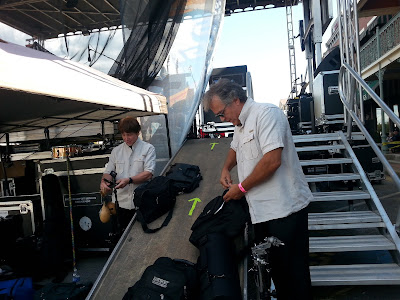 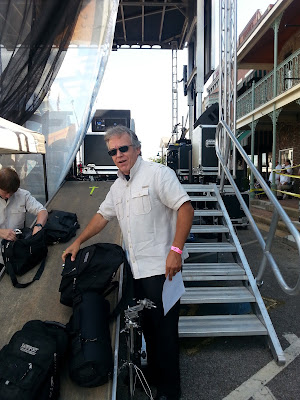 We played, the crowd enjoyed it, and, because Bloggin' Bryan was busy playing the show, we have no photos to prove it.

After the show, we returned to The Pirate's Lair for more food, to hang out with our new local friends who were helping serve the food and manage our merch table, and to change back into civilian clothes.

Before leaving, we posed for a photo with the pirate. 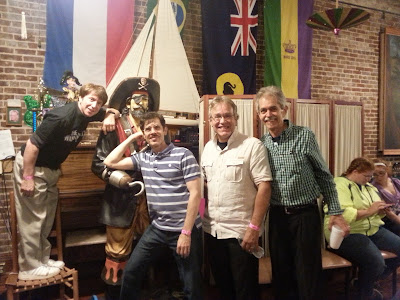 A fond farewell to The Pirate's Lair and Clifton, Tennessee

Then we drove back home to Nashville, tired but grateful for such a fun way to earn a living.

Posted by The Wannabeatles at 4:29 PM