On  Friday June 10, The WannaBeatles returned to Ashland City’s Riverbluff Park for their annual Summerfest.

Nathan and I drove up together, out the Briley Parkway up Route 12, arriving at the stage to find WanaBeatle David already there setting up. 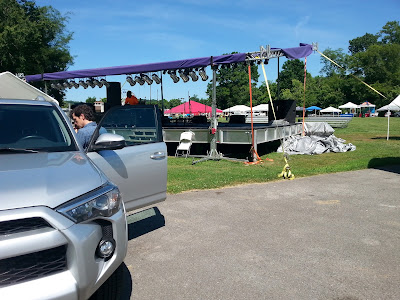 Nathan's 4Runner parked behind the stage 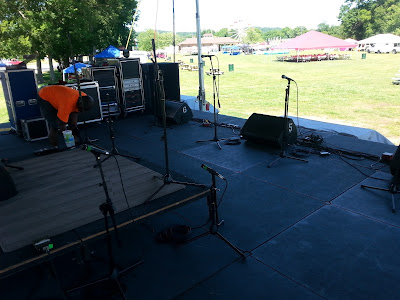 stage ready for load in 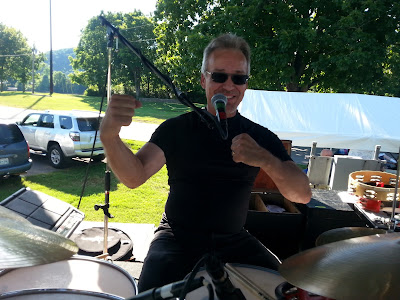 David’s been working out

This was rare, a WannaBeatle gig starting with three of us arriving before Dennis. Usually Dennis plays the role of our resident Brian Epstein, arriving early, checking the stage dimensions, scouting locations for the merch table, and negotiating dinner plans.

We took advantage of this opportunity to pretend to scold Dennis when he arrived a few minutes later, pointing to our watches as he pulled up, as if his tardiness were spoiling the flow of our well-oiled machine.

We were early enough to explore the fair grounds, to see the other offerings that would keep the crowd entertained and well fed. 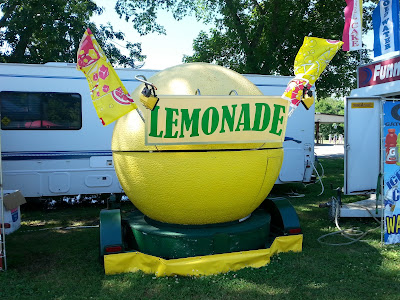 Enough lemonade for a regiment 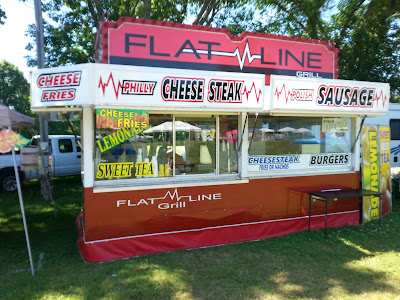 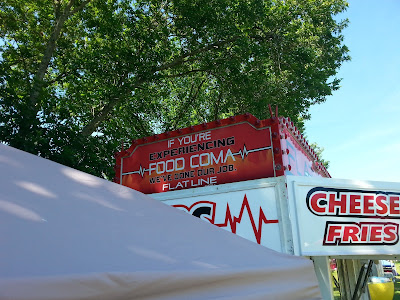 Just in case we missed
the medical reference in their name,
Flatline Grill presents their mission statement:
"If you're experiencing Food Coma,
we've done our job." 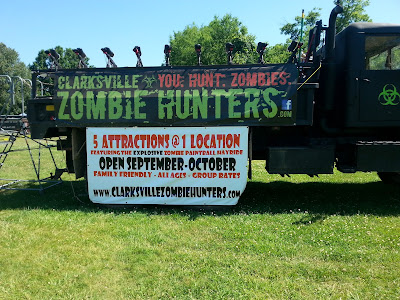 One attraction we had not noticed before:
Zombie Hunters.
The sign assures us it's "Family Friendly."

We loaded our gear and worked with the sound crew, as they put monitors and mics into position. 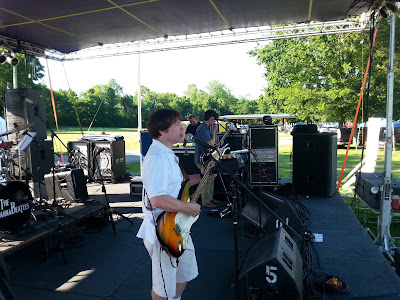 Dennis and Nathan at sound check 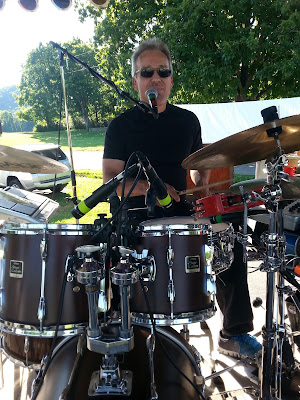 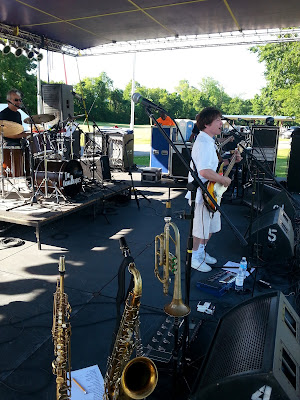 Horns set up for WannaBeatle Bryan 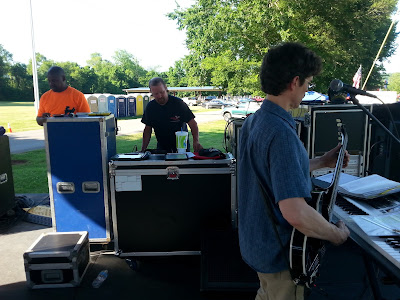 Nathan and the sound men

As is our usual custom on this gig, we ate supper at Riverview Cafe across the river, at a table that looks across the Cumberland River to the fairgrounds, where our stage is set up. 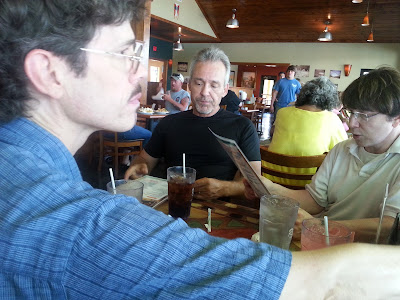 Then, we drove back across the bridge to the stage again, put on our gig clothes, and listened to an interesting opening act, Tarryn Aimee Smith. Playing mandolin for her was Scott Neubert, a fine player who's crossed paths with Bloggin' Bryan over the years, so we said hi. 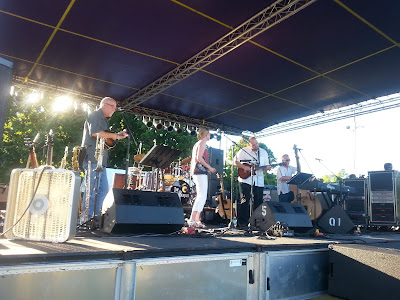 Scott Neubert on mandolin, with Tarryn Aimee Smith
and her band

We had the enthusiastic Marie as our one woman welcoming committee, wearing her black shorts and red suspenders to achieve a show-biz flourish. She announced us from the stage. 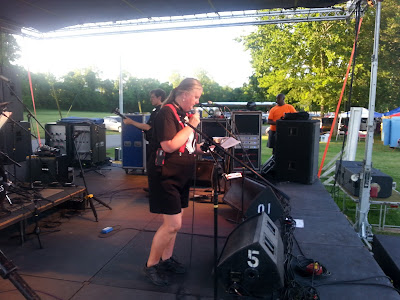 We also saw our friend Daryell Smith, the army veteran from Arkansas who makes his own ball point pens out of deer antlers and rifle shell casings. He gave us a sample last year, which we photographed for the blog. 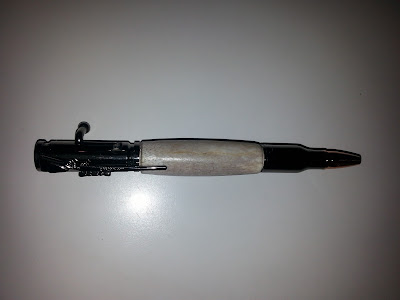 Daryell is also a photographer, whose photos of last year's show added a lot to our blog from that show. Here's the link:
http://thewannabeatles.blogspot.com/2015/07/ashland-city.html

Ashland City was hot, but we had fun, and so did the people who gathered to hear Beatles songs.

Thanks to Marie, and our hard working sound crew, for making it a successful evening.