There’s a resort in Grand Rivers, Kentucky called Green Turtle Bay Marina and Resort. The WannaBeatles went there to play Marina Day on Saturday August 13. Thanks to Dennis’s negotiating skills, we were also offered two nights free stay with our wives at the resort. 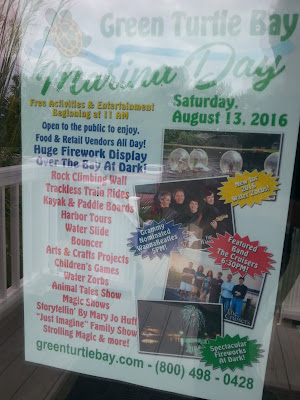 The poster for Marina Day, showing some of the activities offered for families and kids

As the date drew near, Dennis passed along information about the offer for us to stay at the resort, reminding us to answer yes or no, and to confirm the reservations. It sounded like a great opportunity for a free brief vacation for The Good Yoko and me.

The Good Yoko (also known as Holly, excellent wife of WannaBeatle Bryan) was recovering from hip replacement surgery, and deserved a break. She had returned to work, which meant we could leave that Friday around 5 pm, and arrive around 9 pm at GreenTurtle Bay.

Dennis also took advantage of the extra night at the resort, but his wife Lori wasn’t available.

Good Yoko and I were delighted with the place - a cozy, clean, very well supplied nautically themed cottage, with complete kitchen, living room, deck, and supply of fun movies in VHS and DVD. We enjoyed Mel Gibson in “What Women Want.” 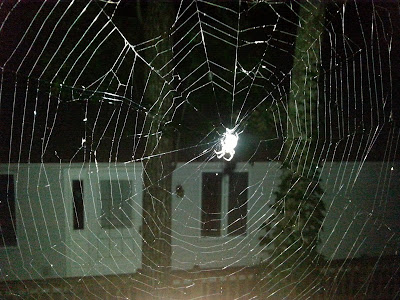 A spider web we discovered on our deck

This cell phone photo does nothing to convey the charm and beauty of our setting. It reflects Good Yoko’s natural scientific curiosity, and reminds us how we were surrounded by the quiet and serenity of nature, with bright stars visible in the night time sky. It was a great escape from the stress of city life.

The next morning, we enjoyed coffee on the deck, in the sunshine, with dappled light from the trees dancing across the table. We could see the lake through the trees, with yachts and sailboats in the water. Then we proceeded to Dockers, the nearby diner, for a late Saturday morning breakfast, joining Dennis, who had spent the night in a cabin in another part of the resort. 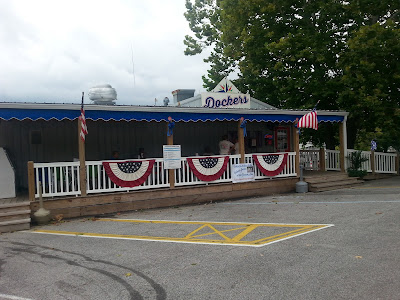 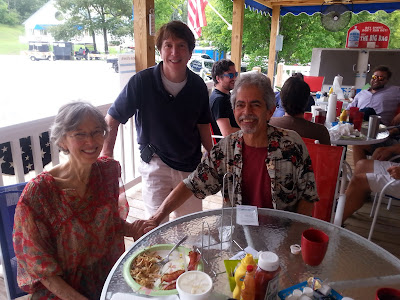 It was a great change from normal gig stress to have an entire day to unload, set up, and sound check. Good Yoko captured some of the relaxed mood later in the day as Dennis and I just goofed off. 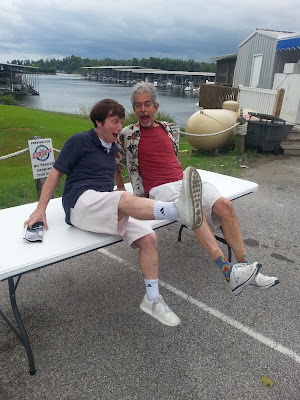 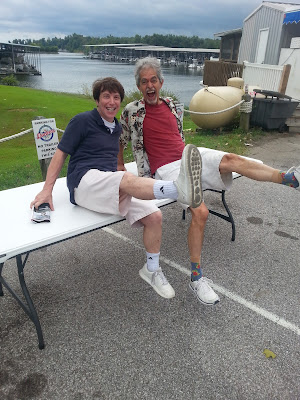 Nathan and David arrived later in the day, and we attended to our professional obligations. 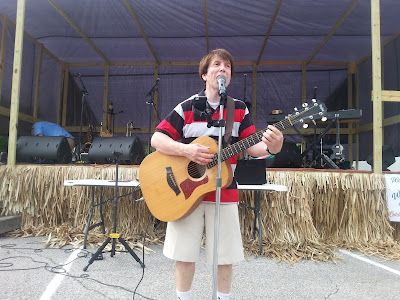 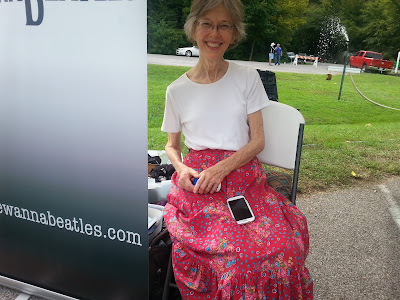 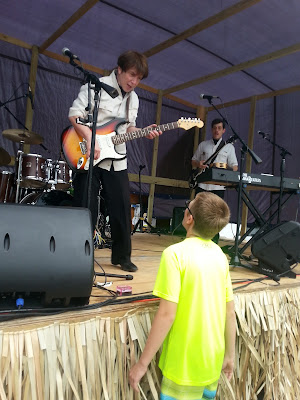 One fan we noticed there was young Stone - a boy who has recently started playing guitar, inspired by The Beatles, via The WannaBeatles. We had met him the previous week, sitting in the front row at our show at Discovery Park. 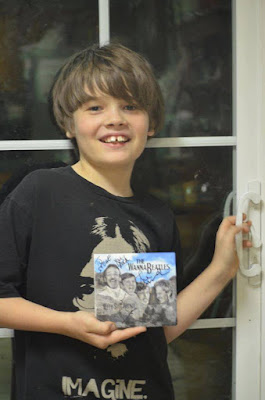 Stone, with the WannaBeatles CD he got the previous week, in a photo his mother took and posted on Facebook

After the show, we packed our cars, then gathered at the Commonwealth Yacht Club, and enjoyed dining out together. 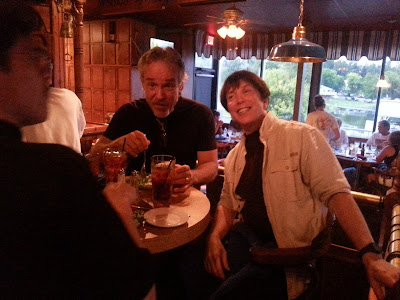 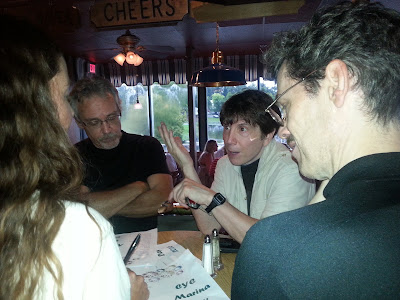 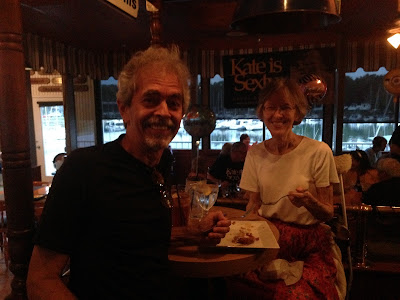 BC and Good Yoko 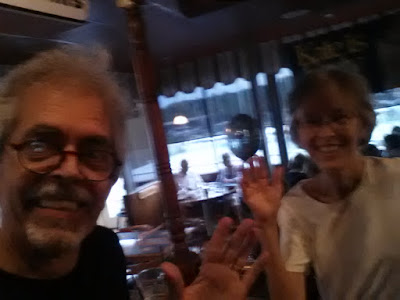 After dinner, David and Nathan both drove home so they could do their Sunday morning gigs. Dennis stayed overnight, as did Good Yoko and me, enjoying the fresh country air, sleeping late. We had a late breakfast at Docker's again, then drove back to Nashville.

Green Turtle Bay was a surprisingly pleasant gig, blended into a very enjoyable micro-vacation. It’s good to be a WannaBeatle.

Posted by The Wannabeatles at 7:31 PM