Jonathan and the State Fair

September 11, The WannaBeatles played the traditional Moosic Stage at the Tennessee State Fair. 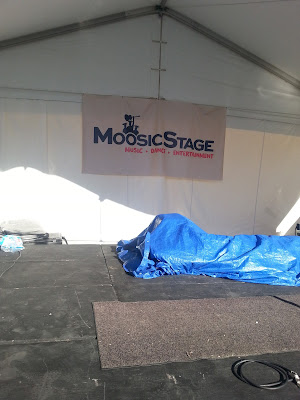 We’ve done this gig several years in a row. Several things make it famlliar: the noise, the sights, the smells - loud rides, fast food, the smell of the sheep pen, the sight of award-winning 800 pound pumpkins, along with lots of families walking around experiencing the tumultuous display.

Another factor in this gig is the relatively long ride from where we park our cars to the Moosic Stage. That makes a ride in a golf cart, provided by Fair staff, the only way to get our gear to the stage. 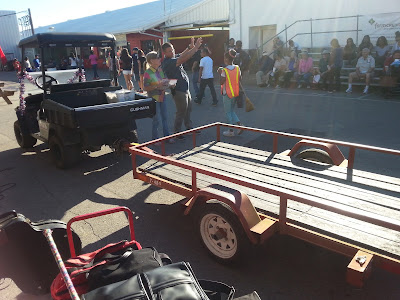 Golf cart, with trailer, that hauled our gear 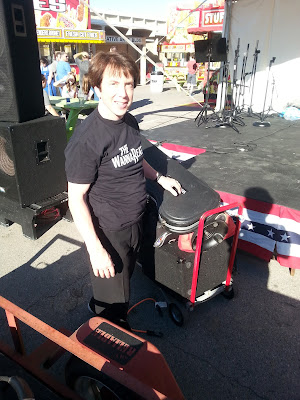 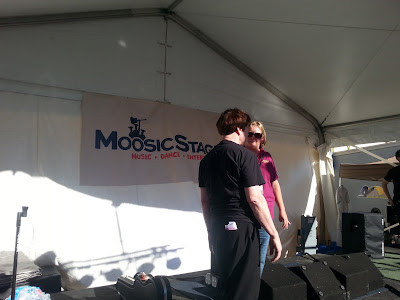 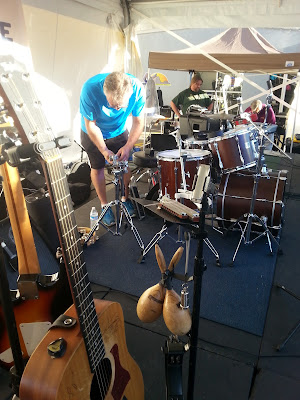 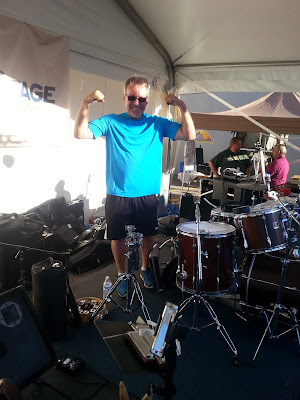 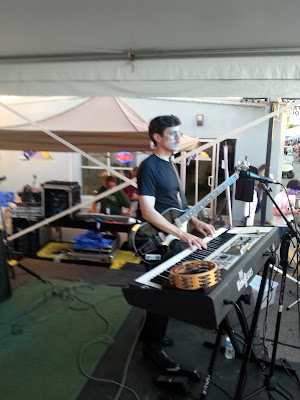 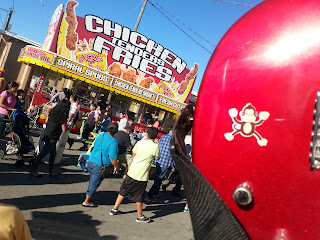 (For those who don't know, the monkey sticker was provided
to Bloggin' Bryan by his granddaughter Ella, and the recurring photos of the monkey guitar are reminders of her contribution.) 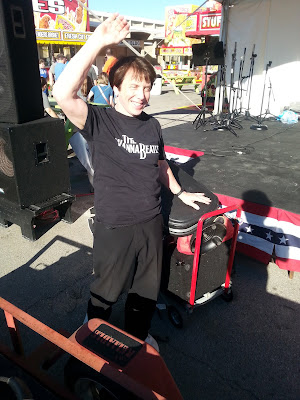 Too much sunlight for Dennis 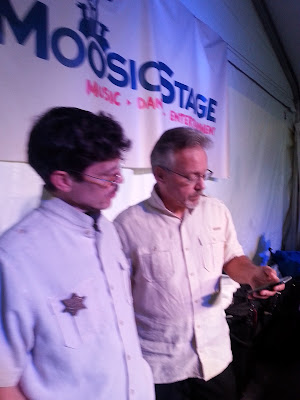 Nathan and David, in their "Shea" shirts

This year’s State Fair gig was also a shining moment for Jonathan, our new intern. 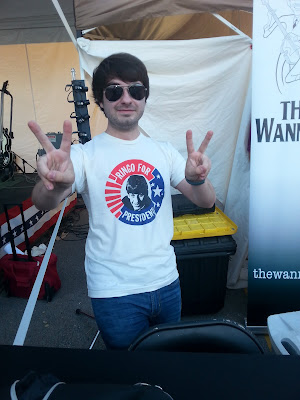 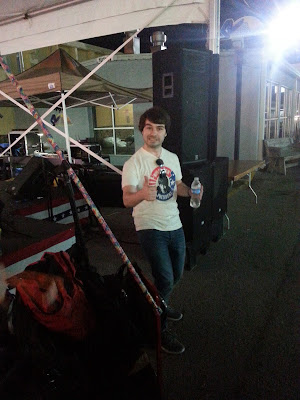 Jonathan is a Belmont student from Pittsburgh whom we met at the Belmont Intern Fair. He's wonderful to have around.

He’s very bright, helpful, witty, cheerful, motivated, and about as obsessive as a Beatles fan can be. We’ve discovered that he knows more about The Beatles than all four of us combined.

Dennis says he knows the color underwear that McCartney was wearing on the Ed Sullivan show. 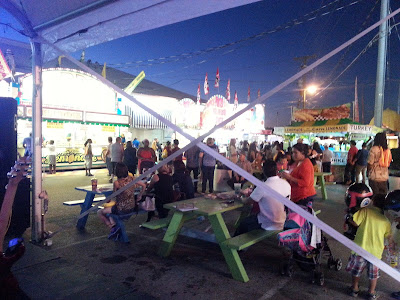 Fans next to stage at picnic tables 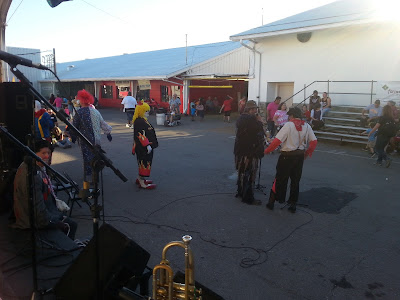 This year, our opening act was a traditional clown show, performed by local Shriners. It was very corny, classic 19th century slapstick.

Jonathan took a couple of videos of us playing and posted them on Facebook.

It was a fun night, as revealed in the photos Jonathan took at the end of the night. 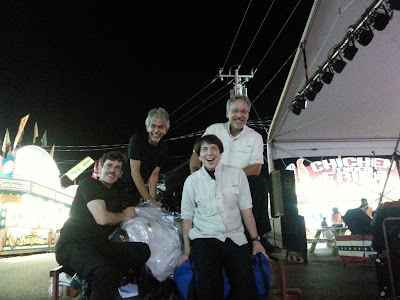 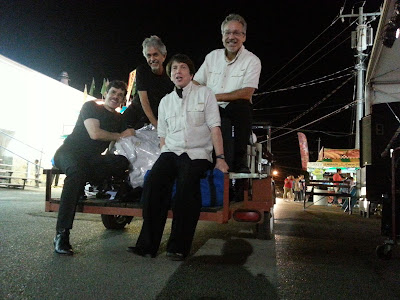 Jonathan told us that his father was a photographer, so he learned some tricks, such as shooting a group photo from another perspective by squatting down.

Thanks Jonathan! We love you!