CPA (and AJ) AT THE RYMAN

Well, two out of four makes it worth considering. And a third WannaBeatle present as an audience member raises the quotient to 3, or maybe 2.5, with onstage presence being worth at least half of a full credit.

But statistics aside, there was a wonderful and unique evening of music on May 3 as Christ Presbyterian Academy celebrated 29 years of growth by sponsoring a concert at the legendary Ryman auditorium. 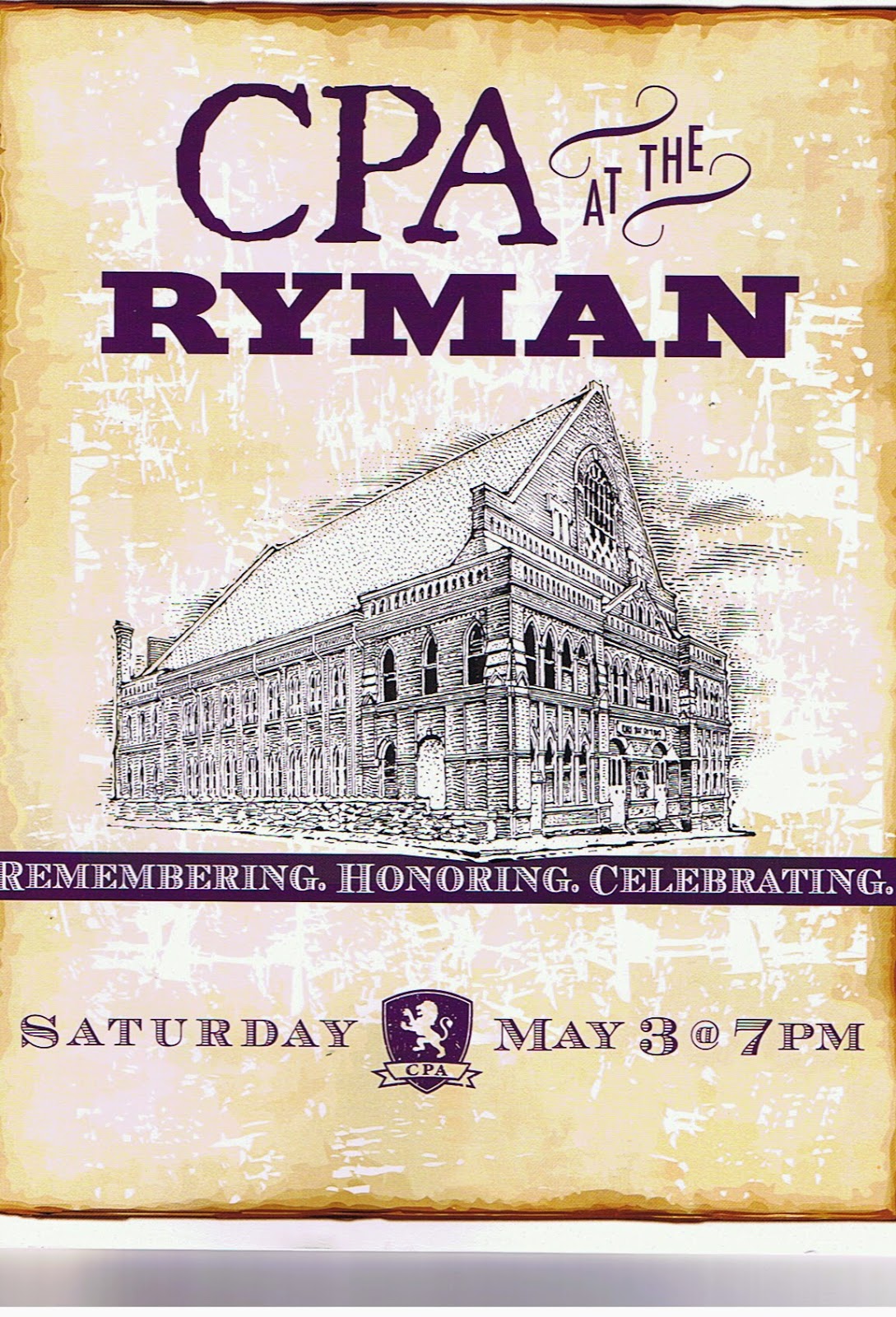 Here's the cover of the concert program

The two WannaBeatles who are connected to CPA are Nathan and David. Nathan is a regular rehearsal pianist for their choir, and the keyboardist for the productions in their drama department. For this particular concert, Nathan also wrote several specific arrangements for the choir. 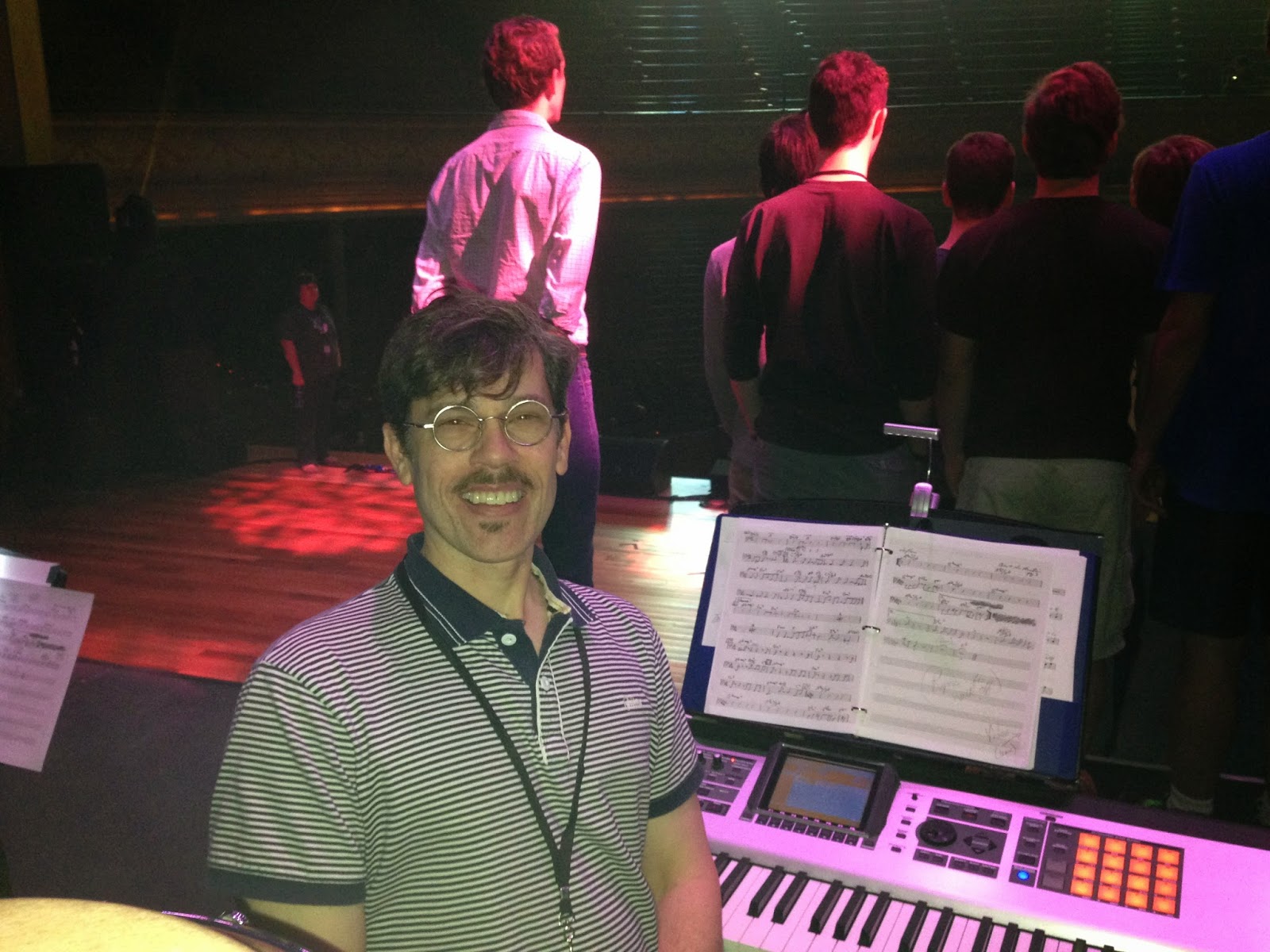 Nathan rehearsing at the Ryman


David, whose wife Alice teaches at CPA, and whose three children have all attended the school - and excelled in the drama department - played drums for the show.

For both, it was a first opportunity to play at the legendary "mother church of country music."
David and Alice backstage, with Ernest Tubb on the wall

The third WannaBeatle in attendance was me, Bloggin' Bryan, along with my faithful life mate Good Yoko (known to others as Holly.) Nathan had reported to me that one of the surprises that was planned for the concert was that Alan Jackson would appear as a guest artist. This was such a secret, several days before the show, that David didn't even know, and Nathan was deliberately keeping it a secret. 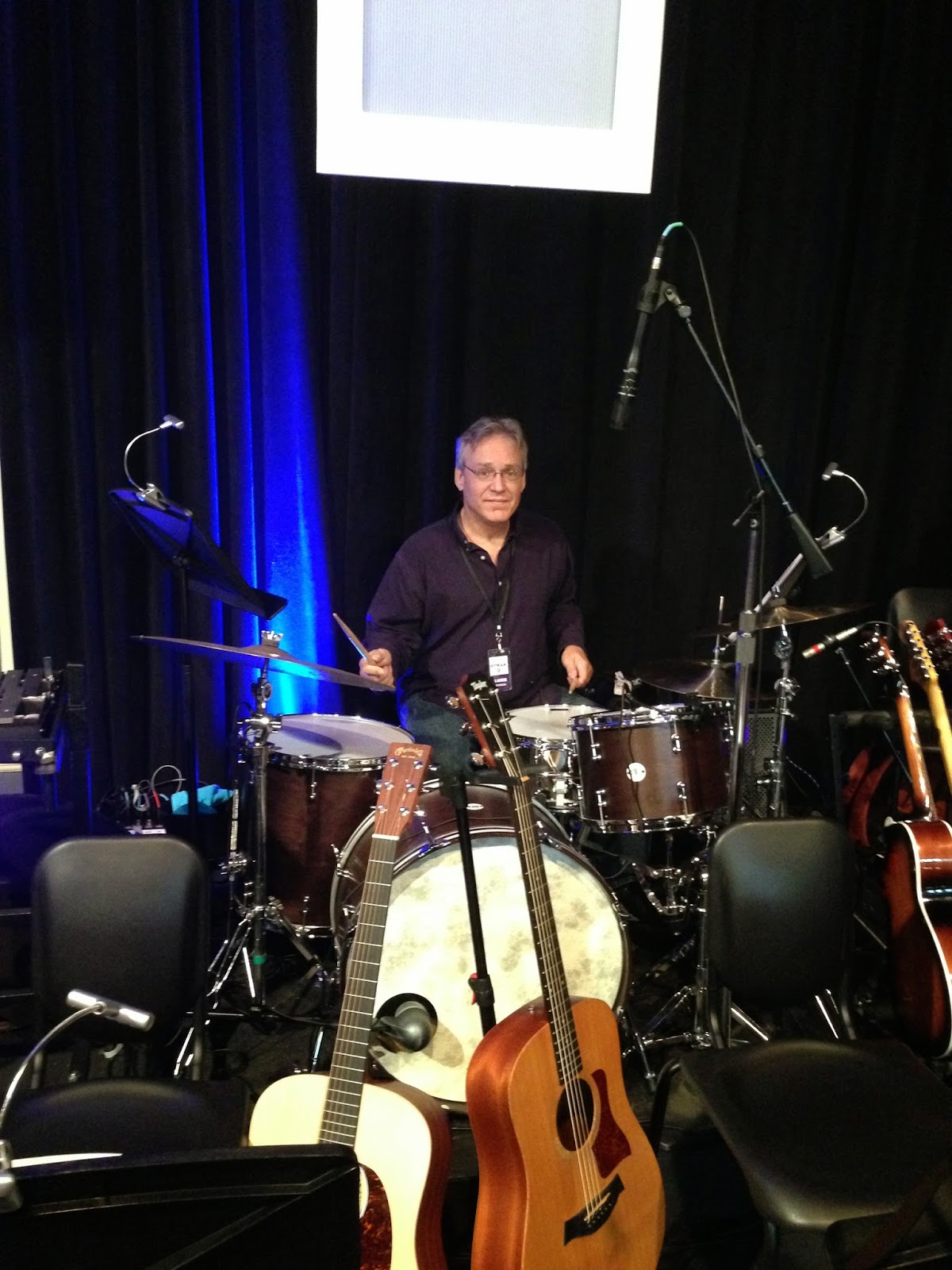 David at his drum kit onstage at the Ryman

But I knew how to make something good out of the news, because Good Yoko is a huge Alan Jackson fan. Part of the story is that Alan Jackson comes from Newnan, Ga. which is only about twenty miles from Fayetteville, the town where Holly grew up, so AJ is a local hero of sorts. The fact that she thinks he looks great in tight jeans is probably a bigger part of the story.

So I bought two tickets to the show, and kept it a secret that one of Holly's favorite artists was due to appear. We sat in the famous wooden pews, watching as Stephen Curtis Chapman welcomed the crowd and sang some opening songs. We admired the skills of the singers - both students and recent graduates - who performed a wide variety of material.

Some of the best music of the night came from "Vision," a specialized choir of CPA students, who performed custom medleys of well-known pop songs, from Elvis and Beatles through the Beach Boys and Simon and Garfunkel. 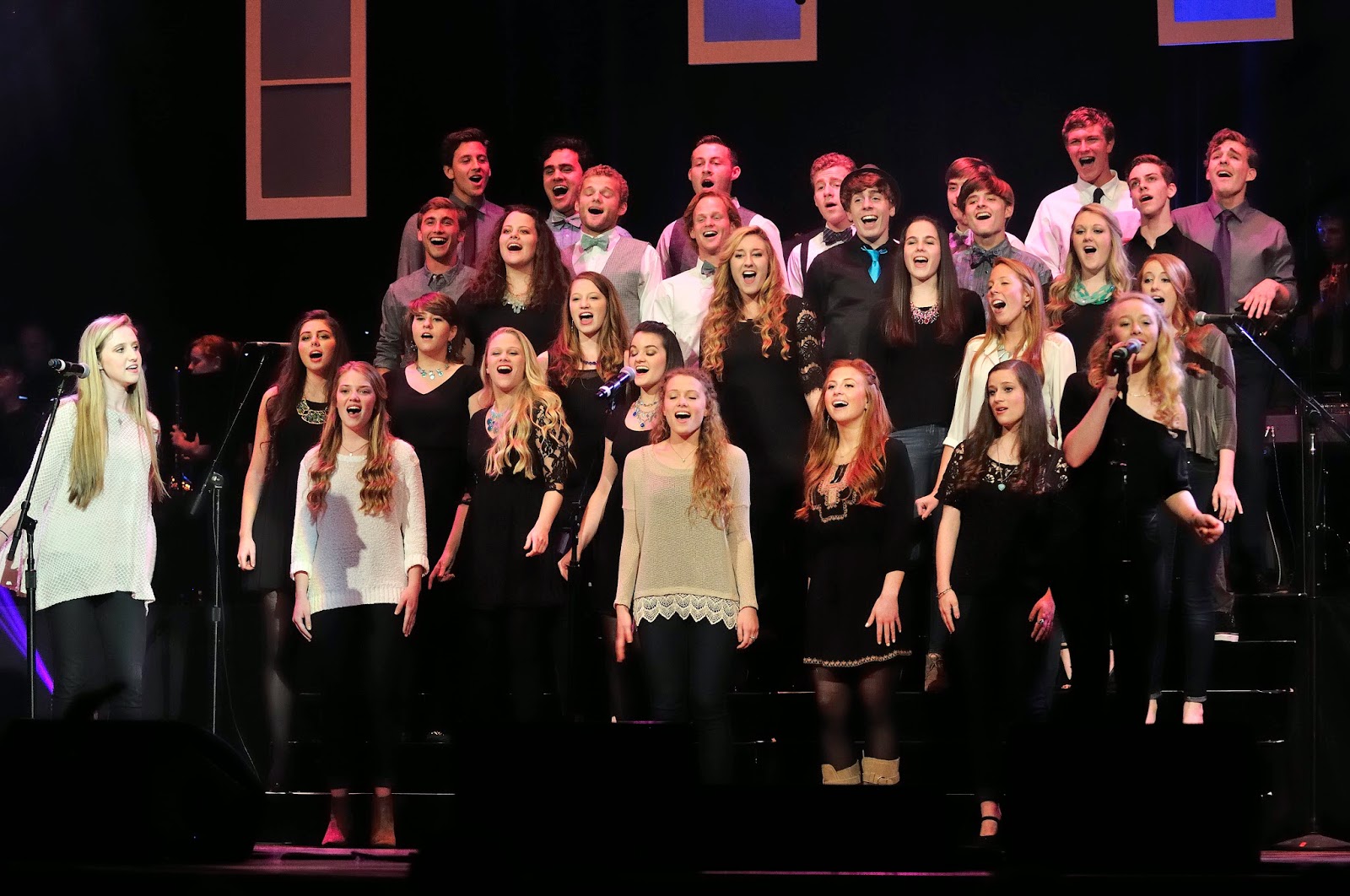 Vision performing at the Ryman

It was a very enjoyable evening, filled with excellent music and the extra joy of seeing our fellow WannaBeatles onstage doing a very professional job of supporting these very talented high school kids. But the personal thrill of the evening came that moment Alan Jackson was announced, Holly turned to me with that great look of excitement, and that was all I wanted.

Neither of us had ever seen Alan Jackson before, and while I've admired his records, I never knew what he was like onstage. Well, after this many years of doing it, the man really has it down. He's not a great singer in any technical sense. But he has such a solid persona, and such a deep resonant engaging voice, to go along with his stage presence, that you never doubt for a second that you're seeing and hearing the real deal. He performed with three members of his backup band, as he sat on a stool in his white hat and tight jeans, charming us all.

At one point, he said he wasn't sure what songs to play, and paused as if to solicit suggestions from the audience. Holly took that opportunity to yell out "Whipping Post!," revealing her special awareness of the rituals associated with attending Allman Brothers concerts. AJ and Allman Brothers may seem like distant points of the musical compass, but they're both from Georgia, and that says plenty. In fact, Zac Brown, who attended the same high school that Holly did, makes the case for country and rock being friendly cousins as well as anyone.

What made the evening even more of a victory for The WannaBeatles was the fact that "Vision," the special choir that performed so many wonderful pop songs, agreed to join us onstage for our annual show at Crockett Park.
We've already started rehearsing the special Beatles medley to prepare for that show on June 15, at the Eddy Arnold Amphitheater in Brentwood.

So, if you missed CPA at the Ryman, bring your picnic to Crockett in a few weeks and enjoy the talent that pours out of that school.

Posted by The Wannabeatles at 8:02 PM